Justice S.S. Satheesachandran, judge of the High Court of Kerala set to retire from service 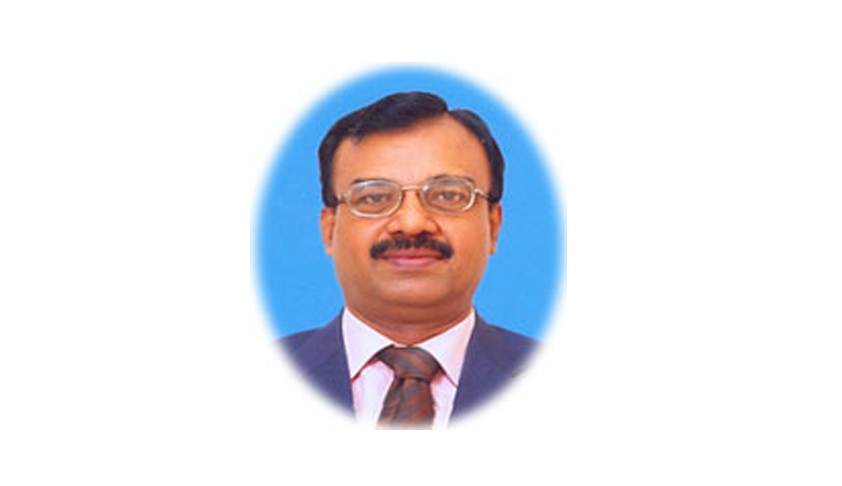 There will be a reference before the Full Court in the Chief Justice’s Court at 3 P.M. tomorrow in honour of the Hon’ble Mr. Justice S.S. Satheesachandran on the eve of his retirement, which will be followed by a farewell party arranged in his honour by the Kerala High Court Advocates’ Association at 4 P.M.

Born on 03.03.1952, Justice S.S. Satheesachandran completed his post-graduation from University College, Thiruvananthapuram, and thereafter, secured his degree in law from the Kerala Law Academy Law College, Thiruvananthapuram. Justice S.S. Satheesachandran was selected and appointed as District and Sessions Judge directly from the Bar in the year 1992.

Justice S.S. Satheesachandran, who will be remembered by one and all alike as a scholar and distinguished jurist, has left an indelible mark as a judge of the High Court of Kerala, through his monumental judgments which are a standing testimony to his erudition and vast, and immense knowledge in all branches of law. His knowledge of law was extensive and remarkable really, and he was completely at home in civil and criminal law. Several of his judgments have gone on to attain the status of classic judgments.

He was a ‘tough judge’ (as some in the High Court Bar like to put it), and he had this no-nonsense attitude about him.

Some of his judgments have attracted intense media scrutiny and captured public attention. He was part of the Division Bench of the High Court of Kerala headed by Justice Thottathil B. Radhakrishnan which upheld the life term granted to former IG Lakshmana in the sensational Naxalite activist Varghese murder case by the CBI court. The Division Bench had made it clear that severe punishments were a must in such cases.

It made headlines again, when Justice Satheesachandran emphasizing the sacrosanct principle of the primacy of rule of law dismissed a batch of petitions filed by M.M. Mani, the Idukki District Secretary of the Communist Party of India (Marxist) seeking, (a) quashing of the F.I.R lodged against him by the police on the basis of a ‘hate speech’ delivered by him in a public meeting organised by the CPI(M) at Manacaud, Thodupuzha on 25.5.2012 wherein he had alleged that the party had butchered political adversaries in the past after preparing a list, and (b) the order passed by the Magistrate permitting further investigation in two other crimes. It might be recollected that the registration of this case against such a formidable leader of the CPI(M) had thrown the politics of the state into a turmoil. Justice Satheesachandran while dismissing the petitions went on to hold thus : “Speech made by the petitioner, a leader of a recognised national political party, which, prima facie, reveals that after preparing a list of political adversaries of his party some of them were butchered one after the other in retaliation to the attack on his party men, and such policy is followed for decades in the district where he controls and heads his party, is so reprehensive, revolting and shocking to human ethos of a civilized society, more than that it is an affront to the guarantees to personal liberty and right to form association enshrined in the Constitution. Speech of the petitioner and the revelations made therein, prima  facie, disclosing commission of cognizable offences by its maker, fully justify the registration of the crime under Annexure A1 FIR and investigation proceeded thereof.”  The reader may access a copy of this seminal judgment here

The exhaustive discussion of the case law relating to registration of F.I.R.s, the highlighting of the differences between further-investigation and re-investigation, etc has elevated it to the status of a classic judgment.

Justice S.S. Satheesachandran’s wife Smt. Rema is a home maker, while their son, S. Nikhil Sankar is a promising young lawyer practising under in the High Court of Kerala and Gowri, their daughter is a student.

As Justice S.S. Satheesachandran prepares to retire from service, he can afford to look back on a distinguished and eventful 22-year long career as a judge in satisfaction of a job well done, and for having dispensed justice without fear of favour and to the best of his ability.

We, at Live Law, congratulate Justice S.S. Satheesachandran on an eventful, and successful career as a judge, and wish him a happy and peaceful retired life.