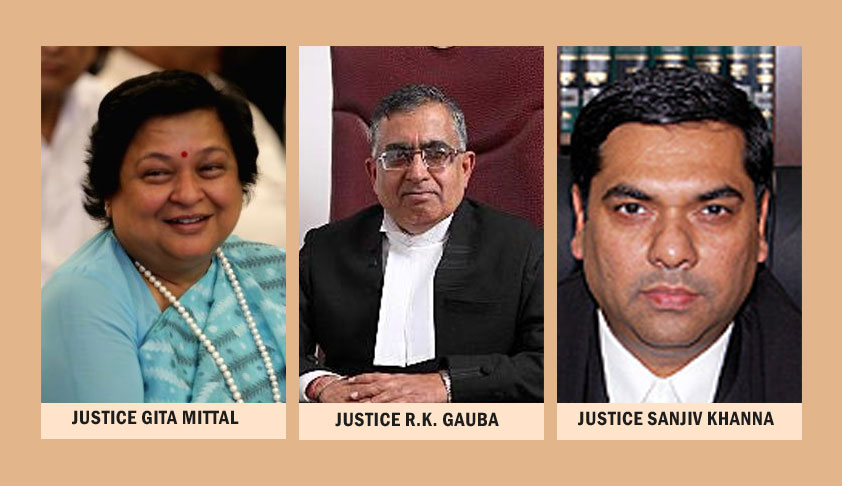 After the Delhi High Court delivered a split verdict in five criminal appeals in February this year, Justice Sanjiv Khanna, on Tuesday, upheld the conviction of 3 accused, while acquitting 2 others.

The case relates to the murder of one Ankit Minocha near Chanakyapuri in 2009. The Division Bench was hearing Appeals against a judgment passed by the Additional Sessions Judge, wherein it had found the Appellants guilty of offences punishable under Sections 302 (murder) and 307 (attempt to murder) read with 34 (common intention) of the Indian Penal Code, 1860, and had awarded them life imprisonment.

Thereafter, in February this year, Justice R.K. Gauba had upheld their conviction, while Justice Gita Mittal had acquitted all the accused. The split verdict had resulted in the Appeals being placed before Justice Sanjiv Khanna.

After a detailed reference and analysis of the ocular evidence of the eye witnesses and the evidence on record, the Court then observed that the prosecution had failed to establish the interconnection between Sushil Arora and Rajesh Pandey and Vishnu, Sonveer and Hemant Garg before and after the occurrence.

...Identification of Hemant Garg as the driver of the Indica car gets affirmed and confirmed by the fact that the said car was owned by him and he has unable to show and establish his alibi that the car was not in his possession on the date of the occurrence."

It also clarified that they have been convicted under Sections 302 and 307, read with 34 of the Code, and not under Section 120B IPC.

Justice Khanna further concurred with the punishment awarded by Justice Gauba, wherein he had noted that no separate sentence was pronounced in respect of conviction under Section 307 read with Section 34 of the Code. He then opined that the punishment of life imprisonment with fine deserves to be enforced for both the offences i.e. under Section 302 as well as Section 307. The substantive life imprisonment would run concurrently, he ruled.