Breaking: No Stay For Yeddyurappa's Swearing in As Karnataka CM, SC To Examine His Letter To Governor Showing Majority [Read Order & Petition] 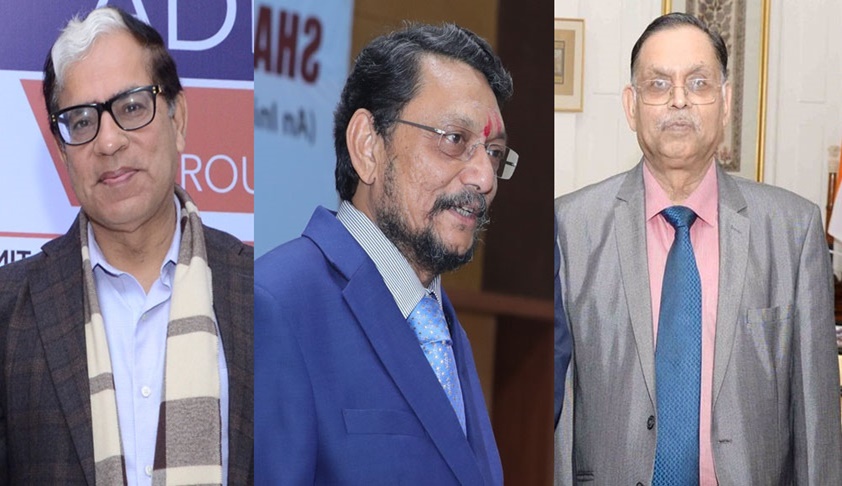 After a marathon midnight hearing held in the Supreme Court on the plea of Congress-JD(S) legislators seeking a stay of the swearing-in of B.S Yeddyurappa as the Chief Minister of Karnataka, the Supreme Court directed him to produce the letter sent to Governor showing majority before the Court on Friday. The Court, however, declined to stay his oath-taking ceremony scheduled...

After a marathon midnight hearing held in the Supreme Court on the plea of Congress-JD(S) legislators seeking a stay of the swearing-in of B.S Yeddyurappa as the Chief Minister of Karnataka, the Supreme Court directed him to produce the letter sent to Governor showing majority before the Court on Friday.  The Court, however, declined to stay his oath-taking ceremony scheduled on Thursday.

"After hearing the parties, we are of the opinion that it is necessary to peruse the letters dated 15th May 2018 and 16th May, 2018 submitted by the respondent no.3(Yeddyurappa) to the Governor which found a mention in the communication dated 16th May 2018 of the Hon'ble Governor. We request the learned Attorney General and/or respondent no.3 to produce these letters on the next date of hearing

This Court is not passing any order staying the oath-taking ceremony of respondent no.3. In case, he is given oath in the meantime, that shall be subject to further orders of this Court and the final outcome of the writ petition",  stated the order of the Court.

The midnight bench comprising Justices A.K Sikri, S.A Bobde and Ashok Bhushan was constituted on an urgent mentioning before the Chief Justice by Senior Advocate Dr.Abhishek Manu Singhvi on behalf of the petitioners. The petitioners were Dr.G. Paremeshwara, Congress MLA and H.D Kumaraswamy, JD(S) MLA. The petition drafted by Advocates Devadatt Kamat, Prashant Kumar, Javedar Rehman, Aditya Bhat and Rajesh Inamdar was filed through Gautam Talukdar.  It was on Wednesday night that the Karnataka Governor Vajubhai Vala invited the BJP, led by B.S Yeddyurappa, to form the government, on the basis of his claim that he had majority support.

Dr.Singhvi contended that Congress, JD(S) & BSP had formed a post-poll alliance after the election results and had staked the first claim for government formation; however, the Governor did not invite them and chose to invite BJP led by B.S Yeddyurappa, even though they do not have the simple majority. The BJP had only 104 seats, 8 seats short of a simple majority, and the Congress-JD(S)- BSP alliance had 116 seats. Relying on the Constitution Bench decision of SC in Rameshwar Prasad v. Union of India (2006) 2 SCC 1, it was submitted that Governor was duty bound to invite the post-poll alliance which has prima facie demonstrated majority. The instance of Goa election ( Chandrakant Kavlekar v. Union of India (2017) 3 SCC 758) was also cited, where the SC  did not interfere with the Goa Governor's decision to invite the post-poll alliance forged by BJP ignoring Congress, which was the single largest party. The decision of the Governor giving 15 days time to Yeddyurappa government to prove majority in floor test in the assembly was also challenged as giving a wide window for horse-trading.

The Attorney General K.K. Venugopal contended that the Constitution vested the Governor with discretionary powers and that the Court cannot prevent the Governor from discharging his constitutional functions. The AG also submitted that there was no need for staying the oath-taking ceremony, as no irreversible damage will be caused. Senior Advocate Mukul Rohatgi, appearing for BJP legislators, contended that no injunction can be passed against the Governor as the Court had no power to summon him.

During the course of hearing, the bench expressed that the Court cannot interdict the Governor from performing his constitutional functions. At the same time, the Court(speaking through Justice Bobde) also wondered why 15 days time was given for proving majority.

After a lengthy 2 AM to 5.30 AM hearing, the Court declined to stay the swearing-in ceremony. However, the Court directed Yeddyurappa to produce the letter sent by him to the Governor showing majority support on Friday. The Court also clarified that the swearing-in will be subject to the result of the petitions.

After the hearing, Dr. Singhvi in a tweet commended the Supreme Court for its three and a half hour sitting from 2 AM.

In 2015, the SC witnessed a similar midnight hearing to hear the plea to stay the hanging of Yakub Memon.

Read the  Order and Petition Here