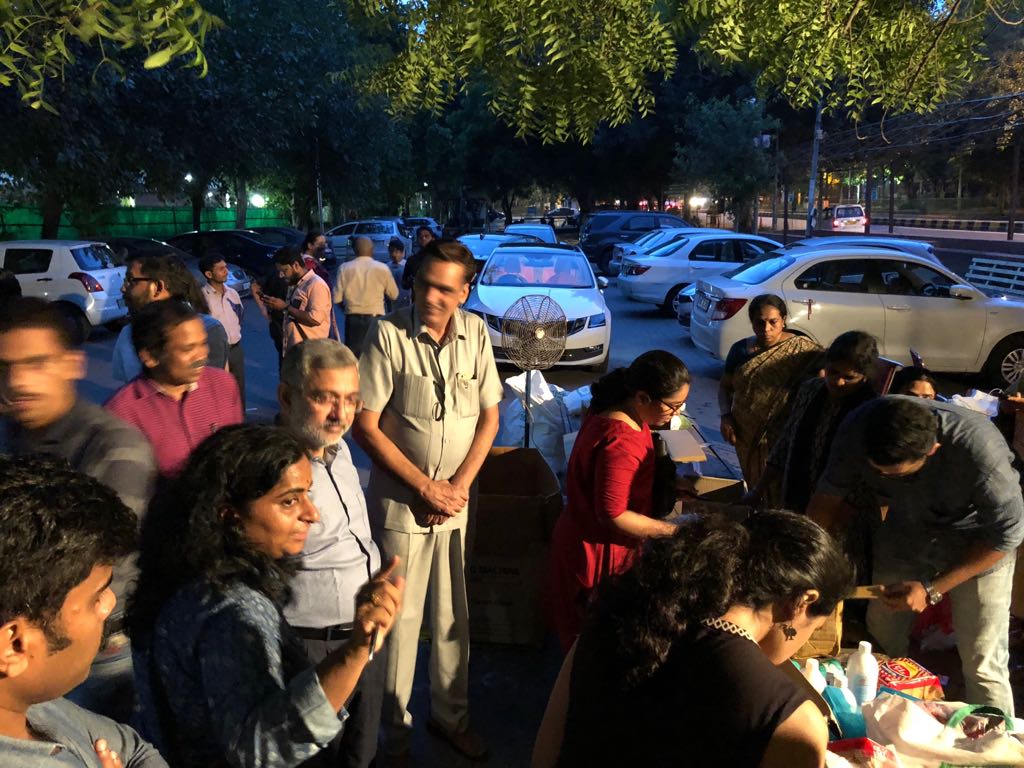 Today, the Supreme Court lawyers organized a drive to collect relief materials to be sent to flood-ravaged Kerala. The materials were collected from 4.30 PM onwards, at the ILI campus opposite Supreme Court.  Materials like bed sheets, nighties, tshirts, sanitary napkins, diapers biscuits, rusk, maida, dal , undergarments etc were collected. They will be collecting materials till midnight.

The navy has agreed to sent a special aircraft tomorrow to distribute the materials in Kerala .

Kerala is facing an unprecedented crisis, as it is hit by the worst-floods in 100 years.  After heavy monsoon downpour, 35 dams have been opened and 44 rivers are overflowing, deluging most towns of the state across its length and breadth, resulting in loss of about 300 lives. More than 3 lakhs homes and 10,000 kilometers of road have been destroyed. The loss caused is estimated to be about Rs.19,000 crores. About 82,000 persons are reported to have been displaced and shifted to relief camps in last nine days. Relief and rescue operations are being undertaken by team under National Disaster Response Force.