How To Prepare For Cross Examination Of Witnesses: Tips From Senior Adv Rebecca John 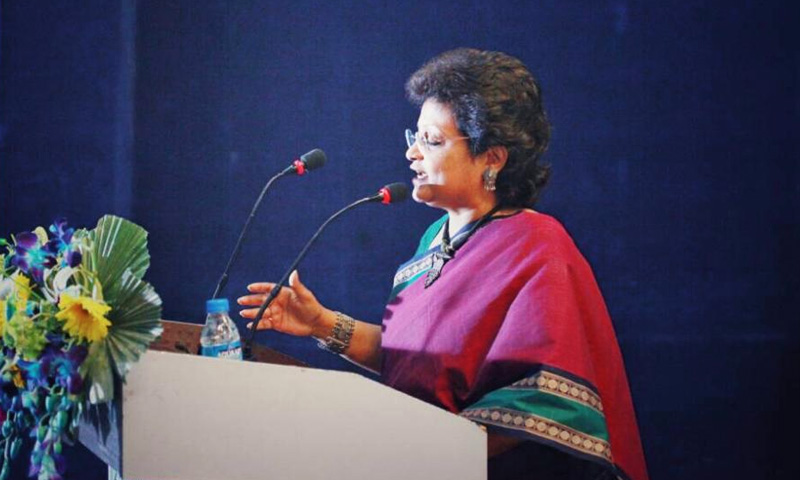 Renowned criminal law practitioner, Senior Advocate Rebecca M John, talked about valuable strategies for cross examination and conduct of trial in criminal cases.John, who has handled notable cases such as Arushi Talwar, Hashimpura, 2G trial etc, was talking at a webinar organized by LiveLaw on the topic "Strategies of a Defense Lawyer in a Criminal Case" as part of Law...

John, who has handled notable cases such as Arushi Talwar, Hashimpura, 2G trial etc, was talking at a webinar organized by LiveLaw on the topic "Strategies of a Defense Lawyer in a Criminal Case" as part of Law Practitioners series.

She said that the trial is the most important stage in the life of a criminal case, where the entire gamut of evidence produced by the prosecution can be tested by the accused in various ways.

Therefore, preparation for this stage is of utmost importance.

She said that she insists on spot inspections with respect to the scene of crime. This will equip one to deal with the witnesses in a better manner. For example, the spot inspection will give you idea about the availability of lighting in the place, and restrictions on sight, which can become material in confronting persons projected as eyewitnesses by the prosecution.

John highlighted that chief examination is as important as cross examination. But many a times, defence lawyers tend to overlook this aspect.

At various points of chief examination, prosecution will try to introduce evidence, which would be otherwise inadmissible. Therefore, a defence lawyer needs to be vigilant to make appropriate objections at the right time.

For example, there could be objections as to hearsay evidence, mode of proof of documentary evidence, admissibility of electronic evidence etc.

Attempts to exhibit Section 161 CrPC statements must be objected, unless the witness has been declared hostile. Also, if a witness, who is not projected as an expert witness, is giving opinion, that must be objected.

Every objection must be taken robustly at the stage of chief examination. Objections must form part of record, regardless of whether they are sustained or not, because they can come in handy at the later stages of case.

"I am a great believer of cross examinations being structured, with the cases now being complex and voluminous. Prosecution now relies on more and more evidence. As much as I admire the cross examiners of past who could do spontaneous cross examinations, it is not possible now given the volume of cases we are dealing with", John said.

It is important to look at 161 statements, and what is sought to be established through them. Also, it is necessary to look at the documents that the witnesses are seeking to exhibit and prove.

Accordingly, the cross examinations must be structured.

"Because you are putting out the client's story at the court. You would be surprised at how much the client can contribute to the process if you sit with them and discuss. This will give you an idea about how the witness needs to be attacked. Attack, obviously does not mean physical but attack through lawful cross examination", she remarked.

Aspects like whether they have testified before, whether there is anything incriminatory against them etc must be checked.

Evidence impeaching the credibility of the witness is admissible under Sections 146 and 155 of the Evidence Act.

"I would also encourage you to put forward your defence even at the stage of cross examination of prosecution witnesses. Don't wait till defence evidence. The defence must consistently come out during the cross exam of material witnesses", she said.

"If you don't want to ask direct questions, you can nuance and formulate your defence in suggestive ways", she added.

For example, if you have a defence of alibi or false implication, put it out, from the beginning itself. Cross examinations must not be jerky or casual. There should be a structure and one question should follow another, with a consistent purpose in mind.

Value of suggestions cannot be underplayed. Even if you are not able to confront the witness with previous statements, or attack their credibility, it is still important for you to refute the gravamen of their allegations by formulating appropriate suggestions and bringing those suggestion on record. Suggestions must be given, particularly with respect to every incriminating aspect that the witness has stated.

This will enable the court to get a sense of what you are asking and why you are asking, and to grasp your defence in a better manner while evaluating the case.

In a long trial, there will always be some oversight. When you have 200-300 witness, something will be left out. To get over that, Section 311 CrPC must be used to recall witnesses.

As per the law settled by the SC, Section 311 CrPC cannot be used to fill up the "lacunae in the case". But, by and large, most courts allow some opportunities if there is some inadvertence.

Use Section 313 CrPC creatively and positively

John said that defence lawyers tend to look at Section 313 CrPC "casually", only for blandly denying the prosecution case.

But, this provision can be used creatively, by giving answers which are in line with the general defence, by repeating and putting it out in no uncertain terms that the case of prosecution is not fully established and that the parallel defence must be considered.

It gives a chance to the accused to make a statement; and since it is not on oath, the risk is less.

"Use it positively, instead of simply denying the allegations", she said.

In this context, she referred to the decision in Sharad Birdhichand Sardar vs State of Maharashtra, (1984) 4 SCC 116, which discusses various aspects of criminal trial, including Section 313.

Section 315 CrPC, is rarely used. It is advisable to use this provision when the accused has taken up a defence of exception. If you feel that the case will be harmed by exposing the accused to cross examination, don't employ it.

Section 310 CrPC enables the Court to have local inspection of the spot. This can be used in appropriate cases to enable the judge to understand and evaluate the crime scene. But again, one must be very careful and sure about using it.

She ended the session remarking :

"Ultimately the strength of constitution lies in determination of each citizen to defend it. If justice is not equal to all, it is not justice. Today, unfortunately, the idea of injustice has been institutionalized. We should demand transparency and accountability in the manner in which investigation and prosecution is held. Law without liberty will not bring order but it will bring anarchy".

Quoting K G Kannabiran, who she called one of the greatest criminal lawyers of the country, she said "law defines the offence, but state defines offender. As criminal lawyers, we advocate those who cannot tell their stories, we defend those whose freedoms are in peril".

"We must never stop defending, those who have no else to defend them; otherwise democracy itself will be in danger", she said in conclusion.