The Essence Of 'Civil Litigation' 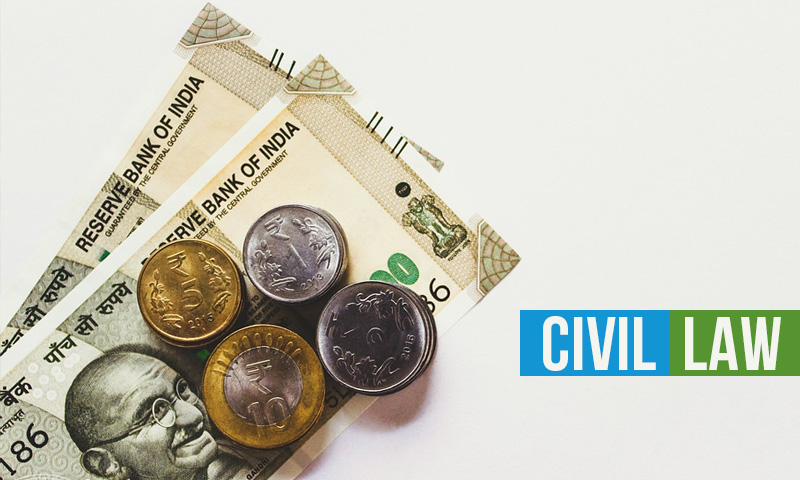 The terms 'Civil Lawyering' or 'Civil Litigation' are more often than not, eclipsed by our monstrous Criminal Justice System, and the Trial. The ever fascinating and ever encompassing Law of Crimes, titillates almost everyone's minds alike (whether a layman, a student of Law, or a Lawyer!). The reality comes to such a point that our Civil Laws are viewed just as a matter of routine,...

The terms 'Civil Lawyering' or 'Civil Litigation' are more often than not, eclipsed by our monstrous Criminal Justice System, and the Trial. The ever fascinating and ever encompassing Law of Crimes, titillates almost everyone's minds alike (whether a layman, a student of Law, or a Lawyer!). The reality comes to such a point that our Civil Laws are viewed just as a matter of routine, thus, one avoids or runs away to understand the very essence of the civil side of the Law, or the ambits of Civil Lawyering. This Article is an attempt to help us put on our thinking hats, and it also highlights the importance of understanding and appreciating the essence of this forgotten branch of the Law (for its importance can never be emphasized enough!). Let us begin at the beginnings by tracing out the roots of the Civil Law.

Essentially, legal systems throughout the world are divided into – the Common Law System and the Civil Law System. Although the two may appear to be the same, there is a fine line of a difference between the two. It would not be an exaggeration to say, that the Civil Law System is anchored deep – as it has set principles to follow, and a tool (called discretion) is provided to the Judges, so that the arbitrariness or the lacunae in the Legislation is put a check on-to! Unlike the Common Law System, which saw the light of the day due to the efforts of William the Conqueror, the Civil Law finds its roots in the Roman law, wherein legal codes were used to monitor the process and administration of justice.

However, our Code ('the Civil Procedure Code, 1908') is slowly assuming the title of being cumbersome, and this should be the last thing that we, as the guardians of the Law, must want to be happening!

SCOPE OF THE CIVIL LAW

So, how do we set the civil law in motion; who may come forward and set it in motion; and for what? (You may straight-away relate the said questions to the Criminal Law. In fact, many of you must already have answers to these, vis-à-vis the Criminal Law.)

For the purpose of our piece, let us try to answer the above questions one by one.

Your right to avail your remedy under the Civil Law stems from something called a 'Cause of Action' (hereafter as "the COA"); which in simple words, is a violation of the existence of a legally vested right with respect to one's immovable property, movable property, and reputation, among others. Further, the Code of Civil Procedure, 1908 (hereafter as "the Code") provides that a remedy can be invoked by a person who is himself affected, or by someone who is authorized on his behalf (as in the case of a Power of Attorney), or even a guardian (in case of suits for/against minors, or persons of unsound mind). A class action suit may also be brought under various provisions of the Law (for instance, the Consumer Protection Act, 1986; and the Companies Act, 1956 – to name a few!) And, to put to rest our third question, lets import the meaning and essence of Section 9 of the Code – the suits of civil nature are thus, those suits, the cognizance of which is not expressly barred by the Code. In other words, a matter in which one's right to property or to an office is contested, is a civil suit (irrespective of the fact whether the ultimate decision relates to religious rites or ceremonies, or whether a fee is attached to this 'office' or not). Thus, for the violation of your rights (as already briefed-out), you may go ahead and institute a civil suit.

Broadly, a civil suit passes through the following five stages:

Below is an overview of the stages involved in a civil suit; it is not exhaustive.

A suit is instituted by the presentation of a Plaint; it shall contain material facts only, and these facts must be proved by way of an Affidavit. Simply put, a Plaint is a written statement of allegations against a defendant(s). In reply to these allegations, the Defendant is given an opportunity to file a Written Statement (W.S.) within 30 days, failing which the Court has discretion to allow time to file the same (which must not be later than 90 days from the date of service of summons to the Defendant).

This is the most important stage because not only the evidence, but also the Trial, and the Judgment, is based upon these issues. An issue arises when one party alleges one thing, and the other denies the same. It is to note that an issue may be of a fact, or of law. The Lawyers are to assist the Court in framing the issues. But sometimes, it so happens that we provide a set of omnibus issues to the Court – which is against Order XIV Rule 1(3) of the Code – essentially, distinct issues have to be framed.

Within 15 days of the settlement of issues, the parties are to present a list of witnesses whom 'they propose to call either to give evidence or to produce documents'. The idea is to collect evidence – oral/documentary. Any party who desires a witness to appear in Court for the aforementioned purpose, is to obtain summons from the Court, after paying the expenses to the Court (to tender the same to the witness later), or directly to the witness (when summons directly served by the party).

Failure by the witness to comply with the summons shall be dealt with by the Court under Rules 10 and 12 of Order XVI. A question may arise as to whether Court can summon a stranger to be a witness – the answer is yes, and a further explanation lies under Rule 14 of Order XVI. Rule 19 is of utmost importance, as it states that personal attendance of a witness is not necessary unless he is residing within certain limits.

Generally, the 'plaintiff has the right to begin' unless facts are admitted by the defendant and he contends (based on additional facts) that the plaintiff has no right to seek any relief. Thereafter, the party beginning her case shall state her case and produce her evidence. (It is reiterated that evidence is sought only on the issues framed.) Likewise, the other party too states her case and produces her evidence, and may 'address the Court generally on the whole case'. The hearing continues, keeping in mind one's right to either produce evidence (immediately) on issues to be proved by the other side, or the right to reserve the same. But one has to remember that 'no amount of proof can substitute pleadings'. Similar rule is applied to a cross-examination as well wherein 'a party cannot suggest a case to a witness which is not pleaded by her'.

Lastly, as for the documents filed and relied upon by the parties, the proof and admissibility of the same is subject to the orders of the Court. (The admissibility and proof of documents would take us to another discussion – but for this piece, only so much should do.)

Sub-section 9 of Section 2 of the Code defines a judgment as "a statement given by the Judge on the grounds of decree or order." After the hearing, judgment is pronounced (at once, or within 30/60 days) in an open Court. Pronouncing the judgment does not mean that the entire judgment would be read out – it is sufficient if the Court reads out the findings on each issue and the final Order. The Judge has a right to pronounce the judgment written by his predecessor. It is also important that the Judge signs the judgment and puts a date on the same.

Rule 6 of Order XX stipulates, among other things, that a decree shall agree with the judgment. A certified copy of the judgment and the decree shall be furnished to the parties (on their application) at their expense.

(Note: Only half the battle is won when the litigant obtains a Decree/Order in his favour. The real deal is to execute the same – Sections 36 to 74; Order XXI. Hoping to discuss the mentioned provisions in detail sometime later!)

So what is the essence of Civil Lawyering? Do we need to be extraordinary to be able to make an indelible impression in the legal sphere, or do we have to keep ourselves distracted with mere tips and tricks of litigation, even when there is so much to know and learn (given that the article itself provides only a gist of how a civil proceeding looks like)?

Well, what is essentially required is – understanding the basics and being super clear with one's concepts. The rest, coupled with one's hard-work, follows de-facto. Happy Litigating!

(Author is a practising Lawyer at Delhi)