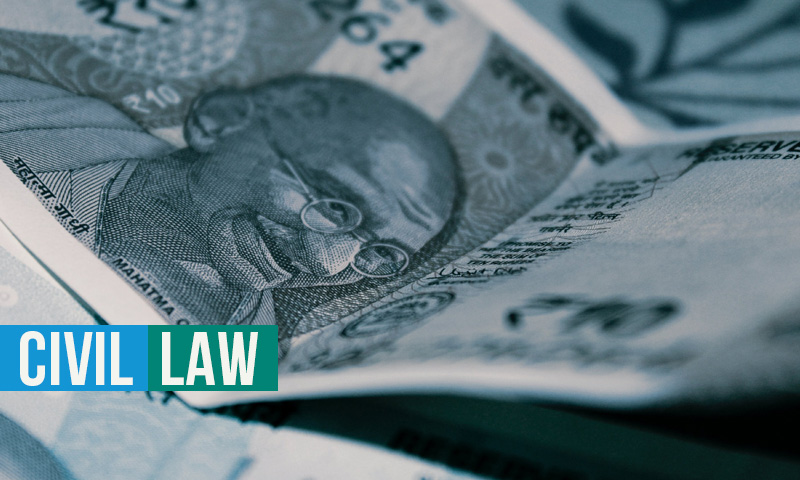 In the previous part, the author highlighted the position of 'Civil Lawyering' or 'Civil Litigation', and had stressed on the importance of some 'bedrock principles'. The first part touched upon the broad-stages of a civil suit, and concluded with an open-ended note which forms the subject-matter of this discussion. So, picking up from there, this piece is all about the manner in which a...

In the previous part, the author highlighted the position of 'Civil Lawyering' or 'Civil Litigation', and had stressed on the importance of some 'bedrock principles'. The first part touched upon the broad-stages of a civil suit, and concluded with an open-ended note which forms the subject-matter of this discussion. So, picking up from there, this piece is all about the manner in which a decree or an order may be executed by a person 'in whose favour a decree has been passed or an order capable of execution has been made'. Sub-section 3 of Section 2 of the Code defines this person as the decree-holder (DH), and the person against whom a decree has been passed (or such order has been made) is called the judgment-debtor (JD).

Let us answer the 'what', 'where' and 'how' of the Execution of a Decree or an Order (hereafter as "execution")

'Execution is the enforcement of a decree (or of an order) by a judicial process'. All civil litigation would be futile and no ends of justice would ever be achieved if this chunk of provisions (Sections 36 to 74 and Order XXI & Rules 1 to 106) dealing with execution were to remain absent from the Code. Strangely though, the importance of such a process is seldom emphasized.

The Code provides for sufficient duration between a decree and its execution. However, the law only favours those who do not sleep over their rights. For this reason, one look into Articles 136 & 133 of the Limitation Act, 1963 in order to ascertain the time within which an execution petition (EP) must be filed.

'Where' to initiate proceedings?

The primary question is the manner in which the DH goes about execution; Sections 39 to 45 of the Code are the key to kick-start the execution proceedings. A short analysis is provided here:

The court of first instance may transfer the decree on an application by the DH, or by its own motion (if there exist grounds to transfer the same). The transferor court is to send a copy of the decree; certificate of non-satisfaction/part-satisfaction of decree; and a copy of the order of execution, if any. Note: a little shift here – the transferee court has the powers of execution. However, it is mandatory that the transferee court has pecuniary jurisdiction to entertain the EP – in other words, the transferor court (though passing the decree) has no jurisdiction if the person/property is outside its jurisdiction.

Next comes Rule 11 of Order XXI, which states that every application for execution shall be made in writing; except when the decree is for the payment of money. The following are the kinds of applications, and the contents they require: an application for arrest of JD must contain the grounds; for attachment of immovable property, it must have particulars capable to identify the property; and for attachment of movable property (not in JD's possession), it must contain an accurate description.

Further, it is within the ambits of Rule 14: where an application is 'made for attachment of land registered' in the Collector's office, the applicant may be asked to produce a certified extract of the same.

Let me now, highlight the procedure followed by the courts on receiving an application of execution:

(i) Admission, Rule 17 – this is a check-post to see whether the application conforms to Rules 11 to 14; the court may allow the defects to be remedied.

(ii) Hearing, Rules 105 & 106 – this time is to fix a day for hearing (and allowing objections); an adjournment if applicant does not appear; and ex-parte hearing (and passing of an order) if the opposite party doesn't appear.

Objections to this ex-parte order may be allowed, subject to satisfying the court of sufficient grounds of non-appearance.

(iii) Notice, Rule 22 – this rule provides for giving a show-cause notice to the party against whom execution is sought. Such is the need (especially) in case EP is against a legal representative, made after two/more years of the decree, against the court of a reciprocating territory, the assignee/receiver, for arrest & detention of the JD, against a surety, or against a transferee/assignee.

(iv) Procedure hereafter – if the notice is not complied with, process may be issued (unless there is cause to the contrary).

'How' is the relief sought?

The DH seeks for assistance from the court in order to get an actual relief; and not just be happy with a paper decree. He may choose the mode of execution, but the court has discretion. Thus, it only makes sense for us to understand each mode of execution separately:

Below is an overview of the modes of execution; it is not exhaustive.

The substantive provision dealing with the modes of execution is Section 51 of the Code. While the modes find a mention subsequently, the proviso needs our special attention here – the detention in civil-prison of a JD is barred except when 'he is likely to abscond'; or has 'dishonestly transferred, concealed, or removed any part of his property', or 'committed any other act in bad faith' w.r.t. the property; or he had the means to pay but neglected/refused to pay; or the relationship is fiduciary. It is imperative to note also that in calculating the means available with the JD to pay, property which is exempted under any law or a custom – shall be left-out.

i) Delivery of Property

Lastly, if immovable property be attached, execution is sought by an order prohibiting the JD from transferring or charging it in any manner and all persons from taking any benefit from such transfer or charge.

ii) Attachment and sale of property

Not all property can be attached in execution; some are exempted under Section 60 – for instance, the bare minimum, wages, etc. And, not all property which is attached would be sold; 'attachment and sale' has to be read disjunctively.

iii) Arrest and detention, Rules 55 to 59 of Order XXI

The JD (not being a woman) may be arrested at any time, and detained in a civil prison. The JD has to be produced before the court soon after arrest; no dwelling-house to be entered after sunset and before sunrise. However, if the dwelling-house is in possession of the JD (and he prevents access), the authorised officer may break open the outer-door. If access is gained otherwise, and there is a reason to believe that the JD can be found in a particular room, the officer may break-open that room. But the officer may at once release him if the JD 'pays the amount of the decree and the costs of arrest'. An insolvent JD (on payment of security), and who has no malafide intention to disobey the decree, may be released accordingly.

(Note: the purpose of a civil prison is not to imprison; release and detention of the JD is provided under Rules 58 & 59, Order XXI.)

In light of the same, the apex in Jolly George Varghese and another v. the Bank of Cochin, 1980 (2) SCC 360 held that "if the judgment debtor bona-fide is unable to pay off his debts, an order for his detention in prison and execution of the decree against his person would be violative of Article 21 of the Constitution of India… the executing court is required to enquire into the present financial position and ability of the judgment debtor to satisfy the debt…"

Another peculiar feature of the civil prison is that a subsistence allowance is paid to the JD as fixed by the State Government.

Such an execution is to be affected by a Collector as the revenue authorities are better equipped to deal with such matters.

A decree of specific performance and injunction may be enforced 'by detention of the JD in civil prison, or by attachment of his property, or by both'. However, in case of a decree of RCR, only his property would be attached, in case of not obeying the decree – even though an opportunity to obey the same was provided to the JD Rule 33 of Order XXI further gives the court a discretion in cases of RCR decrees.

Rule 51 stipulates that if the N.I. is neither deposited in the court nor in its custody, execution is sought by an actual seizure of the instrument and bringing the same to the court. In case of other debts, the court prohibits the creditor from recovering the debt and the debtor from paying the debt.

vii) Attachment of a decree, Rule 53 of Order XXI

Rule 53 creates a distinction between the decree for payment of money or for sale in enforcement of a mortgage/charge, and other decrees. Let us understand such an execution through an example as under:

X – Court which passed the decree

The abovementioned decrees can be executed as thus: either X shall pass orders to execute the decree passed by it; or Y shall send it to X, along with a notice requesting X to 'stay' the execution of the decree until – X cancels the notice; the DH seeks its execution, or the JD (with a written consent from the DH)/with a permission of the 'attaching court' (i.e. Y) applies to X to execute the attached decree.

The next step for X, or Y (as the case may be) on an application by the DH, to execute the attached decree and 'apply the net proceeds in satisfaction of the decree'.

The holder of this new decree (as a result of attachment by another decree) 'shall be deemed to be the representative of the holder of the attached decree' – also entitled to 'execute it in the manner lawful for the holder himself.

Rule 56 stipulates that such coins or notes (or a part which is enough to satisfy the decree) 'be paid to the party entitled under the decree to receive the same'.

With this, we conclude the modes of execution; and in view of the above, it can be said that Order XXI is the heart and soul of the Code. I hope this piece simplifies it a little for us.

Here is to more executions (perhaps, quicker ones; whether in/or outside the courts!)…

(Author is a Practising Lawyer at Delhi)