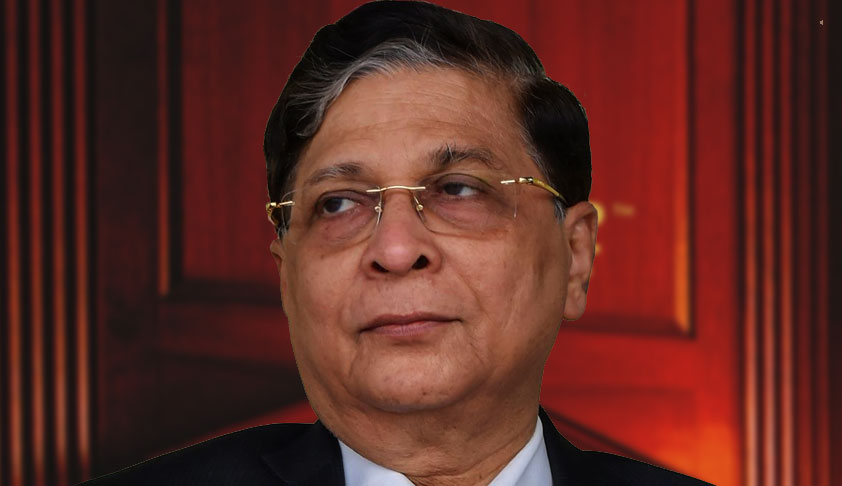 Hectic days are ahead for Chief Justice Dipak Misra, who has 18 working days left before his retirement on October 2. In these days the country will await judgments in reserved by the bench presided by him in several high profile cases, which could change the course of current constitutional and political narrative.1. Legality of AadhaarThe marathon hearing in the case challenging the validity...

Hectic days are ahead for Chief Justice Dipak Misra, who has 18 working days left before his retirement on October 2. In these days the country will await judgments in reserved by the bench presided by him in several high profile cases, which could change the course of current constitutional and political narrative.

The marathon hearing in the case challenging the validity of the Aadhaar project, which lasted for 38 days, holds the record for longest hearing before the Supreme Court, after the Kesavandana Bharathi case. The bench of five judges- CJI Misra, Justice A K Sikri, Justice A M Khanwilkar, Justice D Y Chandrachud and Justice Ashok Bhushan- reserved verdict on May 10.

The question whether right to privacy is a fundamental right under the Constitution arose during the course of Aadhaar-hearing. Therefore, the judgment will definitely see the application of Puttaswamy judgment, where a nine-judges' bench declared privacy to be a fundamental right.

Section 377 of Indian Penal Code, which criminalizes homosexuality and non-penovaginal sexual acts as 'unnatural sex', is a product of Victorian morality, and the SC is set to decide whether the provision should be retained in the statute book any longer. The Constitution Bench headed by CJI Misra reserved judgment on July 17, after four days of hearing. The Court expressed that it will examine whether its is permissible under Constitutional morality to criminalize sexual acts performed by consenting adults.

Although the Delhi High Court had struck down the provision in 2009, it was revived by the Supreme Court in 2013 in a widely criticised judgment by a Division Bench of Justice G S Singhvi and Justice S J Mukhopadhyaya. The matter seemed to have achieved finality, when the review petitions and curative petitions against the judgment were dismissed.

However, the issue resurrected in July 2016, when a fresh petition filed by well-known persons, including dancer N.S. Johar, journalist Sunil Mehra, chef Ritu Dalmia, hotelier Aman Nath and business executive Ayesha Kapur, was referred to Constitution Bench by a Division Bench headed by Justice Bobde. The reference was made on the basis of submission that it was the first time that individuals directly affected by the provision were approaching the Court.

The SC judgment in privacy case noting that 'sexual orientation' was a facet of privacy right, brought in a fresh perspective to the issue.

This case threw up significant Constitutional issues regarding the scope of State interference in religious matters under the garb of reform, and the rights of believers to preserve traditions. While dwelling on the validity of the ban on entry of menstruating women in Sabarimala temple, the Court will have to address several complex issues like whether the ban is protected under right to religious practise under Article 25 or  it amounts to gender-based discrimination prohibited under Article 14 & 15. It was also argued that the ban amounted to practise of untouchability. Interestingly, both the petitioners and respondents relied on Article 25 to advance their respective positions.

The case witnessed novel arguments regarding the rights of deity to retain its celibate character.The Court will also consider whether Ayyappa devotees constitute a religious denomination having right under Article 26 to preserve their traditions. The judgment in this case could be water-shed moment in the Indian Constitutional history. The matter was reserved on August 1.

4. Validity of criminalization of adultery.

The case challenging validity of Section 497 IPC raises issues of gender equality and right to personal dignity and privacy. The exemption of women from punishment for adultery was characterised as a patriarchal baggage which treats women as 'chattel' having no agency. Further, the section also exempted sexual act with the wife of another man, if it was performed with the consent or connivance of that man. This was challenged as an affront to personal dignity. Another issue raised was whether it was proper to criminalize a consensual act performed by two adults, even if the act is not in accordance with conventional morality. The Constitution Bench headed by CJI reserved  judgment on August 8.

This case sought for barring politicians, who stand charge-sheeted by police for commission of offences, from contesting elections. The disqualification under the Representation of Peoples Act is attracted only after conviction. The petitioners pointed out that trials in cases involving politicians are deliberately delayed, and therefore criminal politicians are gaining out of systemic delays. The petition was opposed by the Centre stating that it was not within the domain of the Courts to add new disqualifications which are not found in the statute. The matter was reserved for orders on August 28 by the Constitution Bench.

A three-judges' bench presided by CJI Misra reserved orders on the plea to refer to larger bench the 1994 SC judgment holding that offering namaz at mosque was not an integral part of Islam. The plea for reference was pressed by Dr. Rajeev Dhavan, Senior Advocate appearing for the Sunni Waqf Board. Otherwise, the bench was proposing to hear the appeal from 2010 Allahabad High Court judgment as an ordinary title suit, and had dismissed all intervention applications filed by third parties.

However, Dr.Dhavan persisted that it was necessary to reconsider observations in 1994 Ismail Farooqi judgment that praying in mosque was not an essential feature of Islam, as that the impugned judgment  of the High Court had relied on such observations.The court reserved orders on this plea on July 20.

On August 10, the Chief Justice's bench agreed to issue detailed guidelines for cubing vandalism of public and private properties carried out by mobs in the name of protests. On that day, the Attorney General lashed out  at the failure of police machinery to take effective action against such violent mobs. "There was the Maratha agitation in Maharashtra, the massive unrest across the country over the SC/ST judgment, the controversy over 'Padmaavat' where the nose of the actress was threatened to be cut off...what happened to the protesters? Nothing! Such episodes of such rioting transpire every other day.Are we going to allow this to happen?",the AG had said, in the backdrop of violence unleashed by Kanwariya pilgrims in Delhi.

The bench was considering a PIL filed by Kodungallur Film Society, which sought framing of guidelines to deter largescale acts of violence and hooliganism carried out by fundamentalist outfits and fringe elements in the name of public protests. The main prayer in the PIL was to direct the Central and State Governments to strictly implement the guidelines framed by the Court in the case In Re Destruction of Public and Private Properties v Govt of AP (2009) 5 SCC 212.

Chief Justice Dipak Misra said that the Court shared the anxiety and concern expressed by the AG and the petitioner and agreed to lay down guidelines.

A five judges bench comprising CJI Misra, Justice Kurian Joseph, Justice R F Nariman, Justice S K Kaul and Justice Indu Malhotra reserved  orders on August 30 on the plea whether the 2006 judgment in M.Nagaraj case required reconsideration. The Nagaraj decision had held that reservation in promotion can be provided only on the state gathering quantifiable data establishing backwardness of classes and inadequacy of their representation in services. The Attorney General pressed for reference to larger bench, contending that further proof of backwardness cannot be insisted in case of SC/STs.

10. Plea against dilution of Section 498A IPC

On April 23, 2018, the  bench headed by Chief Justice Dipak Misra reserved orders on the plea to reconsider  2017 apex court judgment in Rajesh Sharma v. UOI, which had diluted the application of Section 498A IPC on the ground of misuse of the provision. In Rajesh Sharma, a bench of Justice Adarsh Kumar Goel and Justice UU Lalit had ordered that action on complaints of domestic violence under Section 498A IPC should be taken only after scrutiny by Family Welfare Committees to be set up in districts.

Indu Malhotra, then a senior counsel and now a SC judge, was appointed as amicus curie in the matter.

11. Plea to make RTI Act friendly for the differently-abled

On July 5, the bench of CJI reserved its order on public interest litigation Aseer Jamal v. UOI that brings to light the grievance of a large portion of the population in being unable to exercise the right to information.

A bench of Chief Justice Dipak Misra, Justice DY Chandrachud and Justice AM Khanwilkar asserted that guidelines shall be issued in pursuance of which the states may amend the RTI Rules of 2012 to secure access of information to inter alia the visually impaired, the orthopaedically handicapped, and those unable to write or converse in Hindi.

12. Whether legislators can practise law

On July 9, the CJI's bench reserved orders on a petition to declare that a person should not be permitted to perform the dual role of a lawyer and a legislator(MP/MLA).

The Centre did not accept the proposition that lawyers should be banned from being legislators.  When his view was sought, Attorney General K K Venugopal said such a ban is not correct or justifiable as being an MP/MLA is not a full time job.  The Bar Council of India maintained that they are not objecting to legislators practising law. It said "as of now we feel there should be no bar though a final decision is still pending".

Apart from the above, the bench of CJI is hearing a petition seeking to ban the practise of Female Genital Mutilation, allegedly practised by Dawoodi Bohra community. The hearing is likely to be concluded this week.

The bench is also considering a plea by a Keralite seeking to reduce the water levels of Mullaperiyar dam in the wake of recent floods.