What's The Lakshman Rekha For 124A? 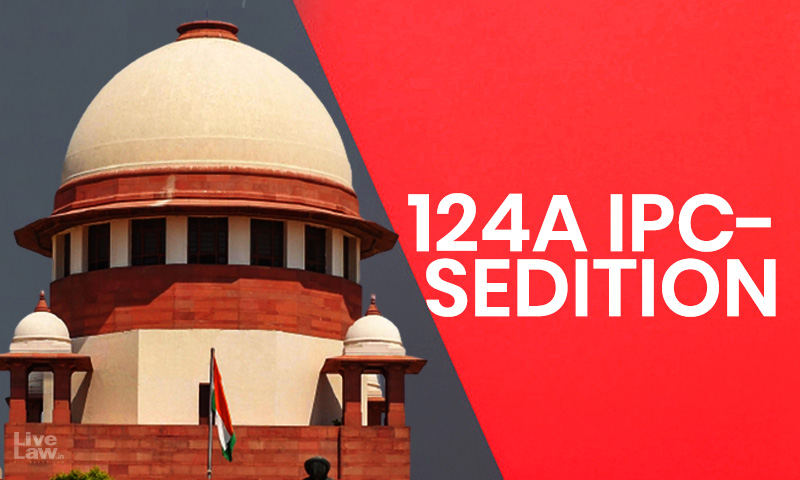 The recent action of filing an FIR on charges of sedition by the Andhra Pradesh government against MP Raghurama Krishna Raju and also on news networks for airing such information reminds us of colonial period rule. The country that takes pride in being the biggest democracy ranks 142/180 in the World Press Freedom Index, and the fundamental right to seek and disseminate information through...

The recent action of filing an FIR on charges of sedition by the Andhra Pradesh government against MP Raghurama Krishna Raju and also on news networks for airing such information reminds us of colonial period rule. The country that takes pride in being the biggest democracy ranks 142/180 in the World Press Freedom Index, and the fundamental right to seek and disseminate information through an independent press is under attack, and one of the perpetrators is unexpected – our very own leaders. Elected leaders in many democracies, who should be the staunch defenders of press freedom, have made explicit attempts to silence the media that has criticized their policies and helped strengthen outlets that play on their side and fool the public into viewing even the most controversial policies with rose-tinted glasses.

Several social activists and journalists have fallen prey for demanding the government to be answerable. While the Constitution does not approve of sedition as a limitation on freedom of speech and expression, it still remained in the penal law. The section was first brought up for consideration after independence in the landmark case of Romesh Thapar v. State of Madras The Apex Court held that unless the freedom of speech and expression threaten the 'security of or tend to overthrow the State', any law imposing restriction upon the same would not fall within the purview of Article 19(2) of the Indian Constitution. Later in Tara Singh Gopi Chand case the Punjab High Court ruled that the 124A was unconstitutional because it expressly violated Article 19(1)(a) of the Constitution.

Since the SC earlier held that freedom of speech and expression could be restricted on the grounds of threat to national security and for serious aggravated forms of public disorder that endanger national security, two additional restrictions were added to Article 19(2) in 1951 by the 1st amendment to the Constitution, namely, "friendly relations with foreign states" and "public order." The insertion of the words 'in the interest of' before public order provided a wide amplitude of powers to the State for the curtailment of free speech.

In 1962, In Kedarnath Singh v. State of Bihar 5 judge bench of SC upheld the constitutionality of Sedition. Nonetheless, the reasoning of the Judgement is still being questioned as there is a drastic change in the circumstances. Moreover, India later marched on to be a signatory to international instruments which are in conflict with the penal offence of sedition.

After the brutal assassination of Smt. Indira Gandhi, slogans such as, "Khalistan Zindabad" and "Raj Karega Khalsa" were discounted by the SC in Balwant Singh v. State of Punjab and held that lonesome appellants who cannot influence the minds are outside the preview of sedition. At this juncture, what exactly attracts sedition has become an engrossing question as there is an increasing parochial view of nationalism, and misinterpretation of sedition as 'Desh-droh', or hostility to the nation. The Apex court to clear this old wives tale even amongst the power wielders, recently in Journalist Vinodh Dua's case said that every Journalist will be entitled to protection in terms of Kedar Nath Singh Judgment which held that an attempt of subverting the Government must be intended, or have a tendency, to create disorder or disturbance of public peace/ law and order by resort to violence. Even in S. Rangarajan's Case Court held that "the effect of the words must be judged from the standards of reasonable, strong-minded, firm and courageous men, and not those of weak and vacillating minds, nor of those who scent danger in every hostile point of view." As Justice Rohinton Nariman opined in Shreya Singhal's case that article 19(2) does not kick in unless the speech triggers incitement and violence, and discussion or advocacy however unpopular is at the heart of Article 19 1(a) of the Constitution. Court also applied the modern American test of a 'clear and present danger' which was held in Brandenburg v. Ohio which held states cannot repress speech unless there is immediate harm or threat to safety or other public interests. Hence, the judicial trend is to criminalize those which only incite impending lawlessness.

Nonetheless, even after 60 years of this judgement, we are witnessing a world of difference between the principle laid down by the Apex Court and its actual implementation. Between 2016 and 2019, according to the National Crime Records Bureau (NCRB), the number of sedition cases increased by 160%, while the rate of conviction dropped to 3.3% in 2019 from 33.3% in 2016. On the Other hand, it is quite a dilemma how judges in the apex court can have their ears to the ground and discard the potential mayhem and just leave the recognized fact of a cannon being used to shoot a mouse.

HOW FREE SHOULD THE SPEECH BE?

"Opposition serves a vital social function in offsetting or ameliorating the normal process of bureaucratic decay" – Thomas I. Emerson

While dissent is the lifeblood of democracy, free speech should not be equated to absolute speech. It is critical to understand that statements framed must maintain the equilibrium between the potential to ignite a massive fire in society and at the same time not losing the spark of it as free speech and expression serve the purpose as laid out in Indian Express Newspaper Ltd. v. Union of India that it helps an individual to attain self-fulfilment; it assists in the discovery of truth; it strengthens the capacity of an individual in participating in decision making and provides a mechanism by which it would be possible to establish a reasonable balance between stability and social change.

Indian Democracy is still wet behind the ears, and no doubt using sedition now and then constantly threatens people with dire consequences for expressing their opinions and has a chilling effect on democracy. But the question is whether the sedition should be repealed similarly to the USA which repealed the Smith Act which was primarily enacted to combat the communist 'threat', or amended and interpreted in accordance with the transitions in society.

WHAT CAN BE DONE?

One shall be wise to the anxiety of the State to Maintain Peace and Harmony in a Multi-faceted nation. Undoubtedly existence of a sedition law protects the state's "sovereignty" by acting as a deterrent on those engaging in actions that jeopardize the state's mechanism's stability. The major motto underlying section-124A is to safeguard the public from rabble-rousers and maintain fiscal discipline. But recollecting the principles laid down under the sociological school of jurisprudence, the task of Law is a social engineer and to bring a balance between the competing interests in society, both the social interest and individual interest must co-exist.

Hence, with regard to the practical and functional aspects of law in the current scenario, a clear cut understanding has to be made that this law is not merely made to curb political dissent and applying the same in an evolved democracy would be a false step.

The Supreme Court shall take up the arduous task to interpret the terms like 'disaffection', 'hatred' or 'contempt' in an unambiguous manner; Disregarding Assumptions: Hazy presumptions that public order will get disturbed due the speech shall not be easily considered, the anticipated danger should not be remote or conjectural; Law commission in its 43rd Report, categorically pointed out the exclusion of Mens Rea is making the provision unsound in front of article 19(2) of the Constitution, any such amendment stressing on intentions should be considered; Exemptions: Innocent publications or Misinterpreted publications shall be exempted; Entrusting Senior Official: Higher Rank Police officials shall only have the power to file an FIR; Reasoned Opinion: Opinion of district law officer in writing shall be taken before proceeding with the arrest. Magistrate overview: Such reasoned opinion shall be submitted to the magistrate as early as possible; Cognizable to Non Cognizable: When Kedarnath Judgement was delivered, Sedition was a cognizable offence, but later in 1973 when new CrPC was brought in, it was made a cognizable offence, Even amending this can have the positive effect of judicial oversight.

Free press is a "Sine qua non" for a democracy to survive, thrive and preserve the ethos of good and transparent governance. Section 124 A is like a dagger in hands of those in power, to be used only to deter and not to defeat the rights of those who question the government or its policies. However, the legislature and the courts must recognize that if speech is restricted, such limits must be thoroughly argued and listed.

When we believe that unrestricted free speech should continue, one has to remember his/her duties under Article 51A of the Constitution. We must devise methods to ensure that society remains peaceful and orderly. Vaguely defined rules are antithetical to democracy; laws must be clear and unambiguous, not ambiguous or subjective. Ultimately, a statute must not suffer from the "vice of vagueness"

In Common Cause v. Union of India, it was prayed to lay down specific guidelines for sedition cases, but the SC missed that opportunity there. Later in 2021, a three-judge bench of the SC, headed by then Chief Justice S.A. Bobde, dismissed a PIL challenging the validity of Sedition. Finally, Justice D.Y Chandrachud's statement to define limits of sedition is a ray of hope in this right's conscious nation.