Legal Advisor to the Kerala CM – A Post Most Unwarranted 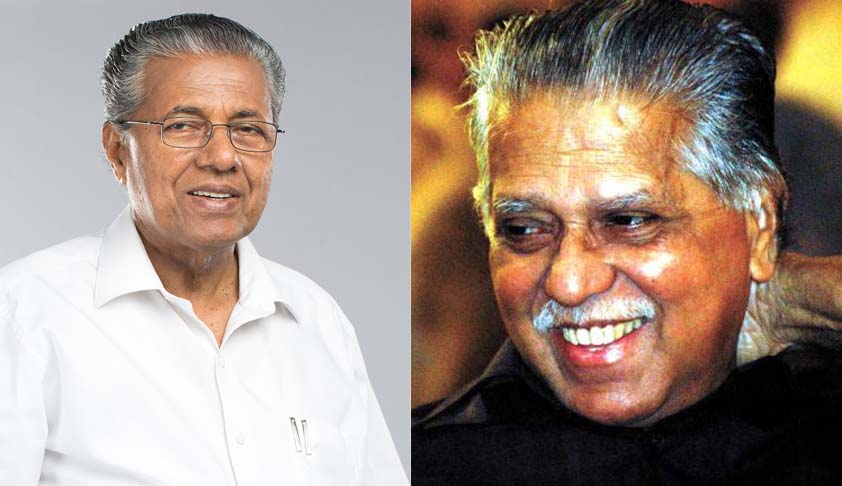 The recent development in Kerala regarding appointment of Senior Advocate M.K. Damodaran as the Legal Advisor to the Chief Minister Pinarayi Vijayan is indeed a fertile ground for illustrative study in legal concepts. On the one hand it helps dissect morality and legality; on the other, ethics and professional conduct. “Conflict of interest” is confused with “Office of profit”, and...

The recent development in Kerala regarding appointment of Senior Advocate M.K. Damodaran as the Legal Advisor to the Chief Minister Pinarayi Vijayan is indeed a fertile ground for illustrative study in legal concepts. On the one hand it helps dissect morality and legality; on the other, ethics and professional conduct. “Conflict of interest” is confused with “Office of profit”, and Legal Advisor to Chief Minister is seen glorified over and above the constitutional post of Advocate General.

The storyline is like this: Government of Kerala has created a new post, titled it as ‘Legal Advisor to the Chief Minister’; appointed a Senior Advocate, Shri. M.K.Damodaran to the post; conferred him the rank and status of Principal Secretary to the Government, however the post is devoid of any honorarium. The discrepancies in this appointment are many.

The need for such a post itself is debated, having in existence an Advocate General in the State. But there is no illegality in such a superfluous appointment, like how the appointment of Special Public Prosecutors, despite the Public Prosecutors is not illegal. However the questions raised are many. Is it not undermining the very existence and relevance of the post of Advocate General? Is not there a political impropriety in creating such a post making redundant a constitutional post and putting it to public ridicule? Or is it a sheer and blatant display of power by those who wield it like the erstwhile Kings who would appoint ‘manthris’ and ‘mahaamanthris’ (Royal Advisors) at their sweet discretion?

If Chief Minister, to seek legal advice regarding his family / property / other personal matters from Senior Advocate M.K.Damodaran, that remains his prerogative. However when the State Government appoints the Senior Counsel as the Chief Minister’s legal advisor, it is indeed a matter of public concern; not merely because of the post of Advocate General becoming redundant, but because the same counsel is employed to represent Santiago Martin, who is accused of illegal lottery racket, and such others accused of grave offences against the state. Here arises the legal impropriety. Can a lawyer, by any stretch of imagination advise both the parties in a case? Any assumptions that the Legal Advisor might not probably be consulted by the Government in such cases is not at all a feasible logic, because in such cases what matters is the real likelihood and reasonable suspicion of “bias” rather than the actual existence of it. Whether by accepting the royal post, the Senior Advocate is committing any breach of duty towards his other clients is not at all a concern for the general public. As long as the lawyer has made full disclosure to his clients, there wouldn’t be any breach, as such.

Any reasonable prudent man will know that by being the Legal Advisor to the Chief Minister, Senior Advocate M.K.Damodaran is going to have access to government documents and that he will be taken in confidence by the Ministry in designing their plan of action on crucial matters of the State. This would also include advising the Government on appointment of Government Pleaders and Public Prosecutors which are all political appointments and here arises yet another political and moral impropriety. A Senior Lawyer is elevated to play a determining role in appointments of pleaders who could even be his opponents in the Courts. Is this not demoralizing the very integrity of the lawyers and thereby detrimental to the noble profession as well?

What raises the public fury is the crystal clear fact that there is bound to be a conflict of interest in the two boats, that the lawyer is setting to sail in. The nature of the two employments is such that one is antithesis to the other. When Martin and such others are prosecuted by the State, the majestic Counsel will be torn between the two, if not collusion is the logical inference. To counter this inconsistency, the Government has made the designation as one devoid of any remuneration. This makes the situation all the more hilarious. Whom do we expect a lawyer to be loyal to, the client who pays or to the one who doesn’t, when their interests obviously clashes. Moreover it is ridiculous that the appointment order states that the designation of this ministerial advisor will be that of the rank and status of the Principal Secretary, but without honorarium. Is not the “rank and status” of Principal Secretary lucrative enough for a Senior Advocate for whom probably the position matters more than a government honorarium? Moreover, it is not clear if there any perquisites attached to the office, bearing in mind the status and rank conferred on the post, which is capable of fetching allowances and perquisites.If so it would definitely fall within the ambit of “office of profit” as well, though that is not really the point in issue.

There seems to be a pointless mixing up of the concept of “office of profit” with “conflict of interest”. Remuneration matters, when it comes to office of profit. Here the matter is predominantly of conflict of interest, for which honorarium is a negligible factor. The higher interest lies infact that the prestigious post gives the senior lawyer, an entry to the confidential zone engulfing the legal matters of the Government and may thereby reveal to the “opposite lawyer” state interests in specific cases. On the parallel side, the lawyer is safeguarding the interests of his paying clients, who are being prosecuted by the State.

A flimsy lawyer’s argument was heard from the pro-Government circle that the legal advisor is to the Chief Minister and not to the State, and therefore there is no conflict of interest. It is ridiculous to imply that the interest of the Chief Minister is different from that of the State.

All legalese and hair line legal analysis put forward by the Chief Minister and some of his loyalists will be laughed at by the general public, for whom rationality matters more than legal intricacies.

Law is quite an interesting maze where, on play of words, punctuations and technicalities tables may be overturned and the laymen are kept gazing in wonder at the juris-wand. But then there are these simple instances when common sense takes legality for a ride, and things speaks for itself.

Post Script: Being a law teacher, my look out is for teaching methods to enhance concept building in students. Though the Chief Minister –Legal Advisor episode is highly condemned as unethical, I stand grateful for the excellent class room simulation exercise we could build out of this, while dealing with Ethics and Legal Profession; Moral and Legal Wrongs, and ‘Fair Play in Government Action’, to name a few.

The Views expressed above are personal only and it does not reflect the views of Live Law.