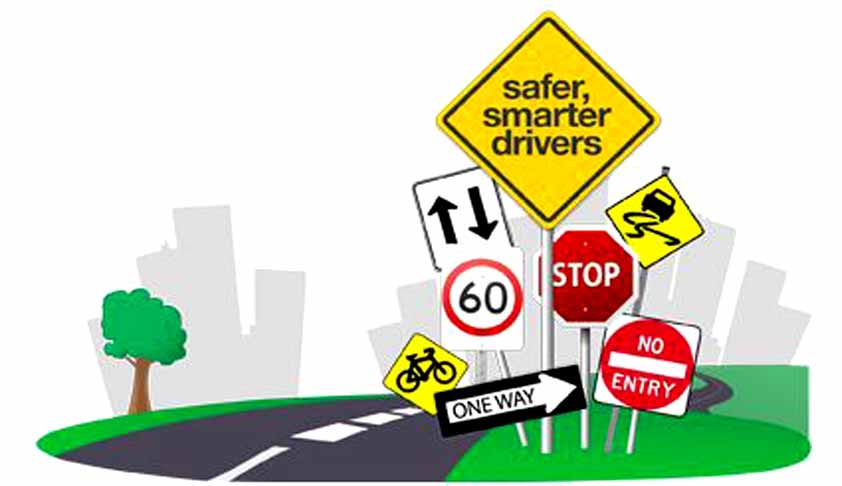 When the Union Cabinet approved the Motor Vehicles Amendment Bill 2016, it was hailed by all as a progressive enactment. The Bill provided for stringent penalties for road traffic violations. The Bill also made compliance with safety requirements mandatory. There were also provisions for protection of ‘Good Samaritans’, enhancement of compensation payable to victims of ‘Hit and...

When the Union Cabinet approved the Motor Vehicles Amendment Bill 2016, it was hailed by all as a progressive enactment. The Bill provided for stringent penalties for road traffic violations. The Bill also made compliance with safety requirements mandatory. There were also provisions for protection of ‘Good Samaritans’, enhancement of compensation payable to victims of ‘Hit and Run’ cases, and creation of ‘Motor Vehicle Accident Fund’ etc. Certainly these are all praiseworthy endeavours which suit the best interests of road-users. The media reports, including the official report in the Press Information Bureau, highlighted these aspects, and applauded the Bill for its concerns for road safety.

However, camouflaged in these provisions was a disturbing provision, which did not court the attention of many. The Bill seeks to introduce ‘limited liability’ of insurers with respect to third party claims. Section 147 of the Bill deals with the requirements of third party insurance policy. Section 147(2) of the Bill reads as follows :

(2) Notwithstanding anything contained under any other law for the time being in force, for the purposes of third party insurance related to either death of a person or grievous hurt to a person, the Central Government shall prescribe a base premium and the liability of an insurer in relation to such premium for an insurance policy under subsection (1) in consultation with the Insurance Regulatory and Development Authority:

It means that the liability of the insurer to satisfy third party claims can be fixed by the Central Government through rule-making. The liability will be corresponding to the different rates of base premium fixed by the Central Government in consultation with the IRDA. The proviso says that the liability so fixed shall not exceed Rs.10 Lakhs in case of death and Rs. 5 lakhs in case of bodily injury. This in short means that the claimants in a motor accident cannot seek to recover any amount in excess of Rs. 10 lakhs or Rs.5 lakhs in cases of death or bodily injury, as the case may be. The excess amount of compensation, if any awarded by the Tribunal, will have to be recovered from the owner or driver of the offending vehicle.

As per the present Act, the liability of the insurer to satisfy third party claims is unlimited. It is made clear by the present Section 147(2) which reads as follows :

Subject to the proviso to sub-section (1), a policy of insurance referred to in sub-section (1), shall cover any liability incurred in respect of any accident, up to the following limits, namely:—

(a) save as provided in clause (b), the amount of liability incurred;

(b) in respect of damage to any property of a third party, a limit of rupees six thousand:

In case of death or bodily injury, the insurer had to cover the liability to the extent of actual amount of liability incurred. The only limitation was with respect to claims with respect to damage to property of third party caused by motor vehicle, which is limited to Rs. 6,000/-.

However, the proposed amendment seeks to introduce ‘limited liability of insurer’, which totally frustrates the social welfare intent behind compulsory third party insurance.

The philosophy of third party insurance

To understand the philosophy of compulsory third party insurance, it is profitable to travel back a bit in time to common law. In common law, in order to provide succor to the victims of increasing number of motor accidents, statutory enactments were made to amend the traditional norms of tort law. Thus, English Fatal Accidents Act 1846 was passed to get over the principle in tort law that a tortious claim would extinguish upon the expiry of the claimant, thereby enabling the legal heirs of a deceased victim of road traffic accident to claim compensation. However, it was found that in several cases the owner of the motor vehicle did not have adequate means to satisfy the award of compensation, and therefore the claimants found it difficult to actually enjoy the benefits of the award. In order to prevent the award of compensation remaining as a mere paper relief, the Parliament thought it fit to statutorily mandate that all motor vehicles should be provided with insurance coverage for third party risks. Still, another difficulty persisted, inasmuch as there was nothing in law entitling the claimant to bring an action against the insurer of the vehicle, as the claimant was a total stranger to the insurance contract, and there was no privity of contract between the claimant and the insurer. Therefore, the Third Parties (Right against Insurers) Act 1930 was passed conferring the right on claimants to initiate action against the insurers for claiming compensation. Yet, there was another issue to be addressed, as there were possibilities of insurer limiting his liability in the insurance contract, and providing for several escape clauses therein to evade liability. Hence, the conditions of insurance policy and limit of coverage had to be statutorily prescribed so as to avoid such a mischief. Likewise, the situations wherein the insurer could avoid liability for breach of conditions were also statutorily prescribed.

In India, Motor Vehicles Act was modelled on the English Statues and provided for dealt with compulsory insurance coverage as regards third party claims. The main objectives of compulsory third party insurance, as explained by 85th Report of the Law Commission of India are as follows –

The motive and philosophy behind compulsory insurance has been explained by the Supreme Court in Skandia Insurance Co.Ltd v. Kokilaben Chandravan in the following terms. :

Ordinarily it is not the concern of the legislature whether the owner of the vehicle insures his vehicle or not. If the vehicle is not insured any legal liability arising on account of third party risk will have to be borne by the owner of the vehicle. Why then has the legislature insisted on a person using a motor vehicle in a public place to insure against third party risk by enacting S.94. Surely the obligation has not been imposed in order to promote the business of the insurers engaged in the business of automobile insurance. The provision has been inserted in order to protect the members of the Community travelling in vehicles or using the roads from the risk attendant upon the user of motor vehicles on the roads. The law may provide for compensation to victims of the accidents who sustain injuries in the course of an automobile accident or compensation to the dependants of the victims in the case of a fatal accident. However, such protection would remain a protection on paper unless there is a guarantee that the compensation awarded by the Courts would be recoverable from the persons held liable for the consequences of the accident. A Court can only pass an award or a decree. It cannot ensure that such an award or decree results in the amount awarded being actually recovered, from the person held liable who may not have the resources. The exercise undertaken by the law Courts would then be an exercise in futility. And the outcome of the legal proceedings which by the very nature of things involve the time cost and money cost invested from the scarce resources of the Community would make a mockery of the injured victims, or the dependents of the deceased victim of the accident, who themselves are obliged to incur not inconsiderable expenditure of time, money and energy in litigation. To overcome this ugly situation the legislature has made it obligatory that no motor vehicle shall be used unless a third party insurance is in force.

Thus, it is clear from the above exposition of law made by the Supreme Court that the intention behind compulsory third party insurance is not to promote the profit motive of insurers, but to provide for protection to innocent victims of road accidents. The real intent is to ensure that the compensation awarded by the Tribunal is made a reality by enabling the claimants to actually recover it without much hassles. That intent is totally frustrated by the proposed amendment.

So, it can be seen that even in cases of daily wage earners not drawing regular salary, the compensation awarded applying latest principles of law evolved by Supreme Court is much higher than the ceiling limit proposed in the Bill. When it comes to salaried persons, the total compensation would obviously be much higher. To illustrate, the Kerala High Court awarded total compensation of about Rs. One Crore plus interest and costs as compensation for death of a software professional.(See New India Assurance vs. Lettish Remy 2015 (1) KLJ 76). It would be a grave travesty of justice if the liability of insurer in such cases are limited to only Rs.10 lakhs and the claimants are forced to chase the owner for realizing the balance compensation. The proposed ceiling limit is abysmally low, when seen in the context of recent judicial trend in awarding compensation. The awards of Tribunal would be reduced to mere paper awards in most cases if that be the situation.

Last year the Central Government had permitted 49% Foreign Direct Investment in general insurance sector. The third party insurance sector used to be occupied by state instrumentalities till the arrival of private entities recently. The introduction of the hitherto alien concept of ‘limited liability of insurer’ seems to be a step taken to promote the profit motive of private players. Whatever that be, it certainly defeats the purpose and intent of third party insurance. The said proposed provision has been deceptively hidden by the other provisions of the Bill which dealt with road safety, and hence much public discussion has not happened regarding this. To safeguard the best interests of road users, the enlightened members of lawyer fraternity and civil society should lead effective discussions on this issue to ensure that the proposed amendment does not fructify. Manu Sebastian is a Lawyer practising in High Court of Kerala.