Lump It Not, Sir, Kindly Speak Up! 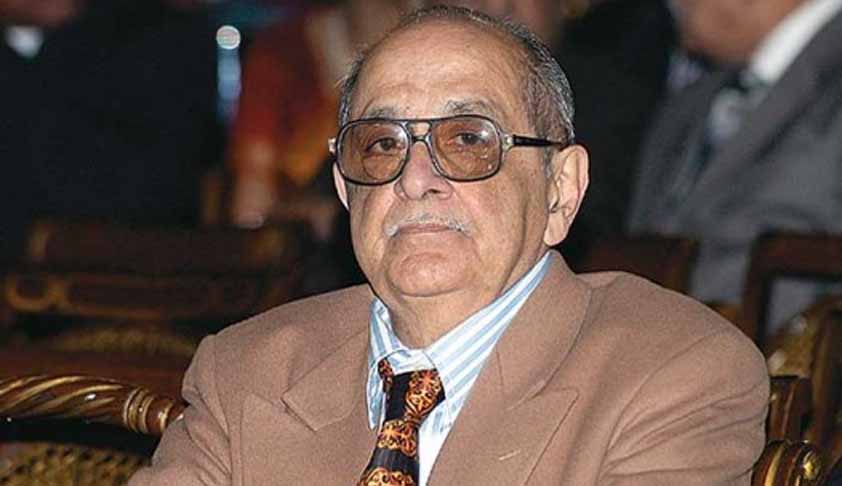 The nation has been eagerly observing the developments in the Supreme Court of India ever since the Judges’ press conference. It is in this light that the renowned Jurist Fali S. Nariman exhorted, “Lump it! Wait till CJI retires.” (The Indian Express, April 17)Nariman does not – and probably would not – contest the apprehensions raised by the four judges. In his memoir Before...

The nation has been eagerly observing the developments in the Supreme Court of India ever since the Judges’ press conference. It is in this light that the renowned Jurist Fali S. Nariman exhorted, “Lump it! Wait till CJI retires.” (The Indian Express, April 17)

Nariman does not – and probably would not – contest the apprehensions raised by the four judges. In his memoir Before Memory Fades ((pg.169) he acknowledges the possibility of judges being “hand-picked” and he happily recollects how, during the Emergency, he was remotely instrumental in preventing a “hand-picking” of judges in the Habeas Corpus Case . In spite of knowing it all, when he wants to hush up the matter and save the face of the judiciary, he speaks as a status quoist and his words reflect the worries of a comfortable judicial patriarch.

In a democracy, citizens cannot be blindfolded or silenced to keep judicial integrity intact. The strength and dignity of the institution should stand on purity of actions, rather than on the glory of a name or a position. And constructive criticism strengthens, not damages the citadel.

In an interview (The Indian Express, April 17), he further says, “Fortunately, he (CJI) retires at 65 years and there is no extension.”

Why “fortunately”? Is he implying that the CJI’s conduct was unfortunate? When he says, “Wait till the CJI retires”, does he mean that the issue is with the person and not with the system? The need is to make the system foolproof of the possibility of abuse of power – now, and forever. We don’t require another maxim, “Fortunately all CJIs retire”.

“The Chief Justice is the Master of the Roster and that cannot change!”– Hails the senior lawyer consistently since the wake of the issue. He says that the CJI being the Master of the Roster has the non-derogable prerogative to constitute the Bench that would even hear the matter relating to the impeachment motion against the CJI himself, if the Vice President’s refusal of the motion gets challenged. (The Indian Express, April 27)

This is shocking, coming as it does from the same lawyer who prayed for recusal of Justice Anil Dave and Justice Khehar from deciding the constitutionality of NJAC on the ground that they were members of the collegium. It is sardonic that he was asking for recusal of a Judge apprehending that the judge might be pre-determined to strike down NJAC– something the senior lawyer himself was arguing for. The plea of “inappropriate if not unfair” and the “impression in people’s mind” that he earnestly projected in the NJAC recusal prayer are conveniently forgotten when he asserts that CJI can even decide the bench that is to hear the impeachment matter against him.

CJI is, of course, the Master of the Roster, no one disputes that. But, sir, there is no ‘Master’ in India, in the absolute sense of the term. No power is uninhibited by the Constitution of India. The individual opinion of CJI in matters of judicial appointments has been replaced with the ‘participatory consultative process’ via collegium, which Nariman himself had argued for in the Second Judges Case (para 489). If this was a welcome change, why cannot the CJI’s sole discretion, unguided and unfettered, in matters of the constitution of Benches, change too? Are the principles of administrative law that guide the use of discretion to be ousted from the Master of Roster’s Sacrosanctum?

When he speaks about the collegiality (Missing in Supreme Court: A spirit of collegiality, The Indian Express, April 18) that ought to exist within the Supreme Court, he sounds as if maintaining the collegiality is a servitude or a one-sided obligation of the ‘inferior’ pledged to avowed allegiance to the ‘superior’. The collegiality that Justice Harry T Edwards was eloquent on, and which Justice H C Lahoti cited in Tirupathi Developers Pvt Ltd v. State of Bihar (2004), and which was quoted by Nariman, is definitely not an unreasonable submissive silence when power goes astray.

It is time we audited the statements of legal luminaries vis-a-vis their own contribution to the nation. How many of them - and how many times – have, voluntarily taken up a pro bono assignment? How socially relevant they were despite their professional competence and academic excellence?  All of these need to be studied to place them as icons to follow. During testing times, those who had stood righteous, resolute and courageous like Justice H R Khanna will alone be gloriously marked in history.

So where do you stand sir, even if we agree to forget the Union Carbide case that later in hindsight you regretted? From a great jurist, we expect more than mere soliloquys cloaked in quotes and anecdotes. We expect constructive suggestions for rectifications and improvement; for putting the system intact. It is in times like these that veracity, valor and versatility of legends get tested. When pulled between conscience and convenience, between reason and defense, between righteousness and loyalty, one runs the risk of appearing as an apostle of cover-up jurisprudence.

Nariman has been silent on the propriety of the government sitting over the collegium recommendation regarding Justice KM Joseph and Indu Malhotra. When the government returned Justice KM Joseph’s name, he finds the reasons given as “cogent” despite his own argument that CJI’s opinion has primacy because “they know better” (Second Judges Case, para 478). He seems not to have noticed that Justice KM Joseph had quashed the President’s rule in Uttarakhand, which could have been an unwritten cogent reason as well.

Now is the time for all to speak up in the interest of the dignity and independence of judiciary. It would be honorable if the great jurist suggested that the CJI returns the collegium recommendation to the government to be acted upon.

And yes, we do hope like you, sir, God save our Republic and our Supreme Court from darkness to light, from despair to hope, from secrecy to transparency, from arbitrariness to fairness and from autocracy to democracy.