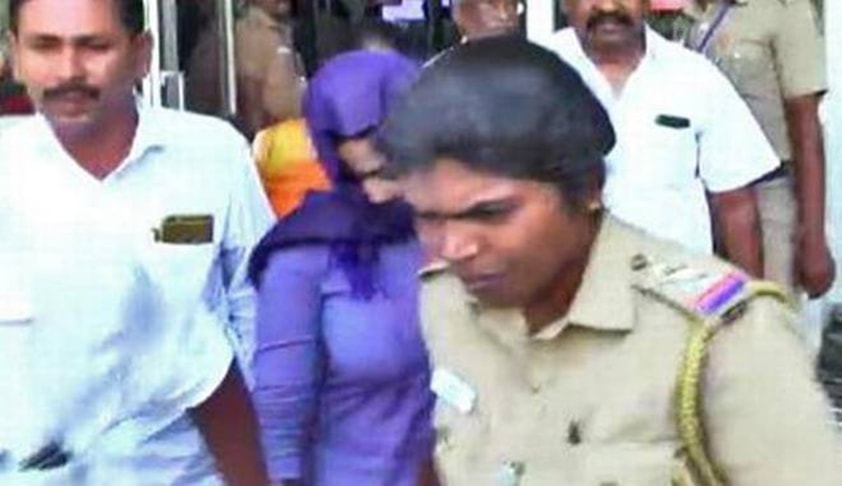 Two recent cases of glaring magisterial lapses deserve discussion.The recent case of Lois Sofia is disturbing. Sofia, a 28 year old student, was remanded to 15 days judicial custody for raising anti-BJP slogans in the presence of TN BJP Chief Tamilisai Soundarajan, while de-boarding an aircraft. Her arrest and subsequent remand happened in the FIR registered on the basis of...

The recent case of Lois Sofia is disturbing. Sofia, a 28 year old student, was remanded to 15 days judicial custody for raising anti-BJP slogans in the presence of TN BJP Chief Tamilisai Soundarajan, while de-boarding an aircraft. Her arrest and subsequent remand happened in the FIR registered on the basis of Soundarajan's complaint.

Last week, a Magistrate in Delhi authorised Maharashtra police to take Gautham Navlakha to Pune, even in absence of translated copies of FIR and case diary which were in Marathi. We have also seen instances in past where persons have been remanded to judicial custody for liking Facebook posts. These instances make one examine the constitutional function of Magistracy.

The fact that ’magistrate’ is the only judicial authority which finds explicit mention in Part III of the Constitution of India(apart from the reference to Supreme Court in Article 32) underlines its importance. As per Article 22(2), every person who is arrested and detained in custody shall be produced before the nearest magistrate within a period of twenty-four hours of such arrest excluding the time necessary for the journey from the place of arrest to court of the magistrate and no such person shall be detained in custody beyond the said period without the authority of a magistrate.

The provisions in Code of Criminal Procedure reinforce the role of Magistrate by restating the Constitutional mandate through Sections 57 and 167. As per Section 167(1), detention of a person beyond the period of 24 hours can be sought for only if 'there are grounds for believing that the accusation or information is well-founded'.

The constitutional protection would become meaningless if the Magistrate was merely to act mechanically without applying  judicial mind to see whether the arrest of the person produced before him was in accordance with law. The power to remand during investigation is to be exercised 'judicially' with greatest care. While doing so, the Magistrate is not to act like a 'post office', mechanically forwarding the accused to the police custody by accepting the police version. This has been explained by the Supreme Court in Manubhai Ratilal Pater Tr.Ushaben vs. State of Gujarat (2013) 1 SCC 314 as :

"The act of directing remand of an accused is fundamentally a judicial function. The Magistrate does not act in executive capacity while ordering the detention of an accused. While exercising this judicial act, it is obligatory on the part of the Magistrate to satisfy himself whether the materials placed before him justify such a remand or, to put it differently, whether there exist reasonable grounds to commit the accused to custody and extend his remand..

This requires the investigating agency to send the case diary along with the remand report so that the Magistrate can appreciate the factual scenario and apply his mind whether there is a warrant for police remand or justification for judicial remand or there is no need for any remand at all. It is obligatory on the part of the Magistrate to apply his mind and not to pass an order of remand automatically or in a mechanical manner "(emphasis supplied)

However, there are cases where detention is authorised in a routine, casual and cavalier manner.  It may be noted that there is no obligation cast on the police to arrest a person as soon as he is named as accused in an FIR. Rather, law mandates that arrest should be made only when it is absolutely necessary. This position has been clarified as per amendment brought to Cr.P.C in 2009, which substantively changed Section 41. As per the amended Section 41, arrest for offences which are punishable with imprisonment up to seven years can be made only in exceptional circumstances.  According to Section 41(1)(b)(ii), CrPC, the police officer has to record satisfaction in writing that arrest in such cases is necessary :-
(a) to prevent such person from committing any further offence; or
(b) for proper investigation of the offence; or
(c) to prevent such person from causing the evidence of the offence to disappear or tampering with such evidence in any manner; or
(d) to prevent such person from making any inducement, threat or promise to any person acquainted with the facts of the case so as to dissuade him from disclosing such facts to the Court or to the police officer; or
(e) as unless such person is arrested, his presence in the Court whenever required cannot be ensured.

While passing remand orders in such cases, where the maximum punishment for the offence in the FIR is imprisonment up to seven years, the Magistrate has to be extra-cautious in ensuring that conditions under Section 41(b) are fulfilled. This has been explained by the Supreme Court in Arnesh Kumar v. State of Bihar AIR 2014 SC 2756 :

"If the arrest effected by the Police Officer does not satisfy the requirements of S.41 of the Code, Magistrate is duty bound not to authorise his further detention and release the accused. In other words, when an accused is produced before the Magistrate, the Police Officer effecting the arrest is required to furnish to the Magistrate, the facts, reasons and its conclusions for arrest and the Magistrate in turn is to be satisfied that condition precedent for arrest under S.41 CrPC has been satisfied and it is only thereafter that he will authorise the detention of an accused. The Magistrate before authorising detention will record its own satisfaction, may be in brief but the said satisfaction must reflect from its order.

The import of the said provisions is that normally where an accused has been named in the FIR, and the offence is punishable with upto 7 years imprisonment, the arrest of the accused may not be necessary at the initial stage and his attendance may be secured by issuing a notice to him to appear before the police officer under S.41A CrPC. In such cases it would be advisable to arrest the accused only after sufficient evidence of his involvement in the crime has been collected and the charge sheet needs to be submitted.

Coming back to the case of Sofia, as per reports, the offences punishable under IPC Sections 505 (statements conducing to public mischief), 290 (public nuisance) and Section 75 of the Tamil Nadu City Police Act are included in the FIR against her. The maximum punishment for the offences alleged against her is imprisonment up to 3 years, under Section 505 IPC ( assuming that the provision is attracted to a case of raising a slogan against ruling party). Therefore, the police had to give special reasons for justifying her straight-away arrest.

It was also incumbent on the part of the Magistrate to explain why her custody is inevitable for the investigation of the case relating to raising slogans. Failure to do so would be abdication of judicial responsibilities. When the seemingly secessionist slogan "Khalistan Zinadabad" has been held not be be offensive by the Supreme Court(Balwant Singh v State of Punjab AIR 1995 SC 1785), it is incomprehensible how anti-government slogans can constitute any punishable offence.

The transit remand order in the Bhima-Koregaon arrest also raised certain troubling questions. The Delhi High Court had doubted the validity of remand order issued by Chief Metrapolitan Magistrate, Saket granting custody of Gautham Navlakha to Maharashtra Police for transit to Pune. The High Court noted that the FIR and case diary were prepared in Marathi, and the translated copies of the same were not made available to Magistrate. The bench of Justice Muralidhar and Justice Vinod Goel wondered how the magistrate granted transit remand without perusing the arrest documents in the language (Marathi) of a different state, and expressed that the CMM should have been extra careful applied judicial mind before ordering remand. It was also contended in the case that that the witnesses of the arrest memo were persons who were brought by Maharashtra Police from Maharashtra, and that no local persons witnessed the arrest. This is in violation of the guidelines of the Supreme Court D.K Basu case, which were later incorporated in Cr.P.C in Sections 41B(b)(i).  These glaring violations escaped notice of the CMM while granting transit remand.

The Magistracy has a solemn function to perform in the protection of personal liberties. They are the ‘first line of defence’ against assaults on citizens through arbitrary police actions. It was held by Allahabad High Court way back in 1959 that the Magistrate is not simply to 'rubber stamp' the prayer of the police officer seeking remand of the accused(Bir Bhadra Pratap Singh v D M Azamgarh AIR 1959 All 384). It may not be within the capabilities of everyone to approach higher constitutional courts against arbitrary and illegal arrests. Each moment of illegal detention adds indelible scars on the detenu's mind. Therefore, it is important for the Magistrates to be conscious of their larger constitutional role to check state excesses against personal liberties.