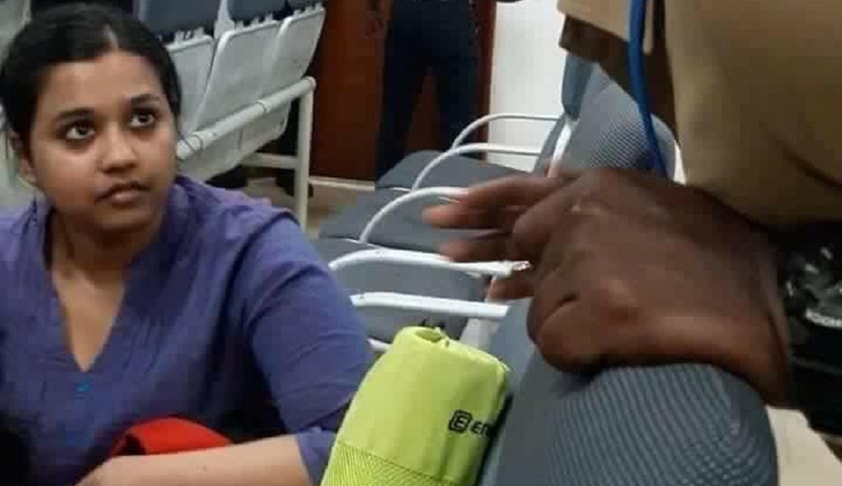 A day after a student was arrested at the Tuticorin airport for shouting "fascist BJP government down down" on a flight, she has been released on bail by the Thoothukudi court on Tuesday.

The woman, Louis Sophia, allegedly made the remark when she saw BJP politician Tamilisai Soundararajan, who then filed a police complaint. In a video that went viral on social media, Soundararajan can be seen arguing with Sophia, a doctoral student of Physics at the University of Montreal, in the arrival lounge of the Thoothukudi airport.

Soundararajan was later quoted as saying, “She did not look like a normal person. I am not scared or worried because of her. The other passengers inside the flight should not be affected by her, that is why I responded. In a public place people can shout, but nobody has the right to shout inside an aircraft.”

Sophia was then sent to 15-day judicial custody and an FIR was filed against her under Sections 290 (public nuisance), and 505 (statements Conducing to public mischief) of the Indian Penal Code, and Section 75(1)(c) of the Tamil Nadu City Police Act, 1888.

According to reports, Sophia’s father AA Sami, a retired government officer, has also filed a police complaint against the Tamil Nadu BJP chief and a few others for "criminal intimidation". That case has however not been registered by the police yet.

Her arrest has since been condemned by several politicians and activists. Supreme Court Advocate and activist Mr. Prashant Bhushan tweeted, “Student from Montreal Univ arrested & sent to judicial custody on BJP complaint that she had called Modi's govt fascist! Earlier prosecutor charges arrested Human Rights activists were "Urban Naxals" because they formed Anti Fascist front! This is Fascism!”

DMK chief MK Stalin also reportedly took to twitter to condemn the arrest, asserting that this was an act against the freedom of speech and expression. "Sophia should be immediately released. You will have to arrest lakhs of people who raise slogans like this. I will also raise the slogan. ‘BJP fascist govt down down’,” he wrote.