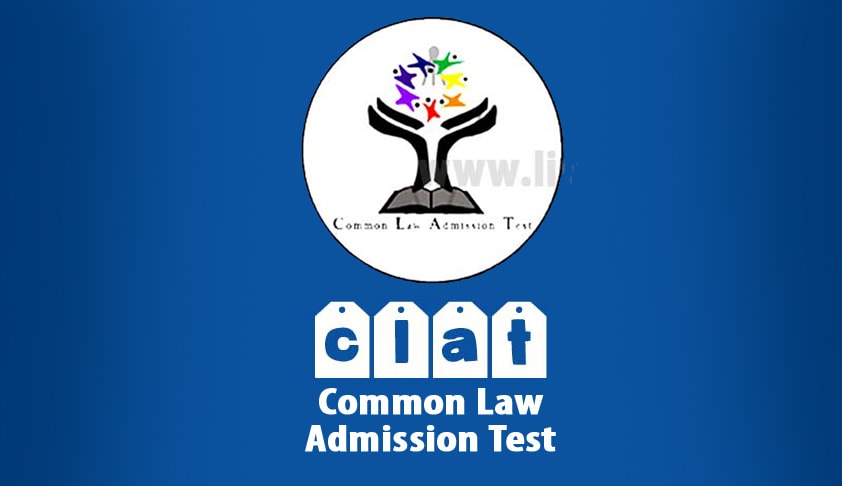 The Common Law Admission Test (CLAT) is the key filter to top law schools in the country. This year, more than 50,000 students appeared for this coveted exam! With only 2,175 seats across the 18 national law universities in India, the stakes were rather high!Given the importance of this exam, one expects a fair degree of accuracy. Unfortunately this was not to be! And much as with earlier...

The Common Law Admission Test (CLAT) is the key filter to top law schools in the country. This year, more than 50,000 students appeared for this coveted exam! With only 2,175 seats across the 18 national law universities in India, the stakes were rather high!

Given the importance of this exam, one expects a fair degree of accuracy. Unfortunately this was not to be! And much as with earlier years, CLAT 2017 simply failed to deliver. CLAT 2017 had more than 15 errors! What should have been a test of one’s intellectual capabilities was sadly reduced to a test of one’s luck. Being a super competitive exam, the loss of a single mark (or for that matter  half a mark) can set a student back by many ranks and result in him/her missing out on the law school of his/her choice.

To make matters worse, with negative marking of 0.25 for each incorrect answer, students wasted precious time in deciphering ambiguous questions and taking a call on whether to answer them or not.

Let us start off with an example. In a question in the English section, where one erroneous portion of the sentence was to be identified, there were two possible options:

Here, both options A and D are grammatically incorrect, but the correct answer marked by CLAT was only option D.

In questions like these, which option must the candidate choose or should they choose not to answer it at all? If the CLAT committee grants a mark to all the candidates who have attempted this question regardless of their answer, would it not be unfair to those who refrained from answering the question fearing a negative setback?

With two correct options, the CLAT committee should ideally award marks to candidates who have marked either A or D. Having said that, this does not take away from the fact that candidates must have wasted precious time during the exam as a result of this oversight by the paper-setters.

Another example is a question where the underlined portion of the sentence was to be replaced with an appropriate option:

Option (2) has been identified as the correct option. However, since the word “the” was not underlined in the question, choosing option (2) would make the sentence grammatically incorrect as the word ‘the’ would be repeated.

This year’s CLAT also had questions that were irrelevant to the section they appeared in. For example, the following question appeared in the logical reasoning section:

“A person who renounces religious or political belief or principle is called:

It is amply clear that this question does not test one’s logical reasoning skills. Instead, it tests a candidate’s grasp over the English language.

What falls within the realm of ‘current affairs’ also remains unclear? Does the time period of one year leading up to the exam suffice? Or does it also include questions from the preceding years?  No definite answers have been provided.

The logical reasoning section was riddled with the most number of errors. This section being the one where candidates usually score the most marks was now a cause for worry and panic. For instance:

“When Ravi saw Ramesh, he recalled, ‘He is the son of the father of my daughter’. Who is Ramesh?

While the correct answer has been given as option (2), all the options are incorrect as Ramesh would be Ravi’s son in this scenario. This clearly demonstrates that the expert committee did not vet the question paper and answer key at all.

Piling onto these was a question in the mathematics section which was completely out of syllabus and was certainly not within the elementary mathematics taught up to the 10th standard (as was prescribed in the syllabus). The question was as follows:

Not only would students have wasted precious time in trying to solve the question, but would also have lost out on marks if they ventured a guess.

The section on legal reasoning was meant to test legal aptitude. Unfortunately students were tested on their knowledge of arcane legal maxims that even the best of lawyers and judges would struggle to answer. Here is a sample:

The final blow to a flawed test was the review process. Only two days were granted to the candidates (from when the answer key was released on the 16th of May to the 19th of May) to file objections. This short time period was insufficient for students to thoroughly analyse the paper and file objections.

In addition, the paper was hidden behind a login portal. The CLAT committee should have made the question paper and answer key publically accessible so that a wide range of professionals, students, academicians and stakeholders could have analysed the paper and pointed out mistakes. This is particularly problematic for the legal aptitude section as only those who are trained in law are in a position to identify errors and inaccuracies in that section. Transparency and accountability are keys to making the test fair and sadly CLAT 2017 failed miserably on both counts.

This year, what started off with the unjust imposition of an age barrier on those who can take the test, has now extended to an unfair screening examination.

However, the problems associated with CLAT are not new. Year on year, CLAT is mired in controversies and riddled with errors such as incorrect and ambiguous questions, wrong answers and wrongful allotment of seats. In one year, the paper was leaked a few days before the exam!

Every year, complaints and objections filed by students, who work tirelessly to crack the examination, fall on deaf ears. In a bid to address the injustice done to students every year and draw attention to the arbitrary, negligent and inefficient implementation of the CLAT, Professor (Dr.) Shamnad Basheer, founder and managing trustee of IDIA, had knocked on the doors of the Supreme Court in August 2015.

Through a writ, he petitioned for setting up a permanent body for conducting CLAT.

The petition highlights the grave injustice done to students and the resultant loss of faith in the system due to the inconsistent and sub-standard implementation of CLAT. Among other things, Professor Basheer prayed for the court to grant the following remedy:

“…Pass a Writ of Mandamus or any other appropriate writ, order or direction to the Respondents to constitute an independent professional permanent body tasked with conducting CLAT on an annual basis on behalf of the Respondent Universities in a scientific, competent and consistent manner, minimising the scope for errors in paper setting and in the administration of the exam, including framing of syllabus, determination of application fees and concessions, format of exam, declaration of results, announcement of merit lists, counselling and allotments;…”

One hopes that the debacle of CLAT 2017 will be the final nail in the coffin and that the Hon’ble Justices of the Supreme Court of India will step in to grant much-needed relief to thousands of aspirants across the nation who have suffered year after year at the hands of an arbitrary system. Until then, many will continue this fight with gusto!