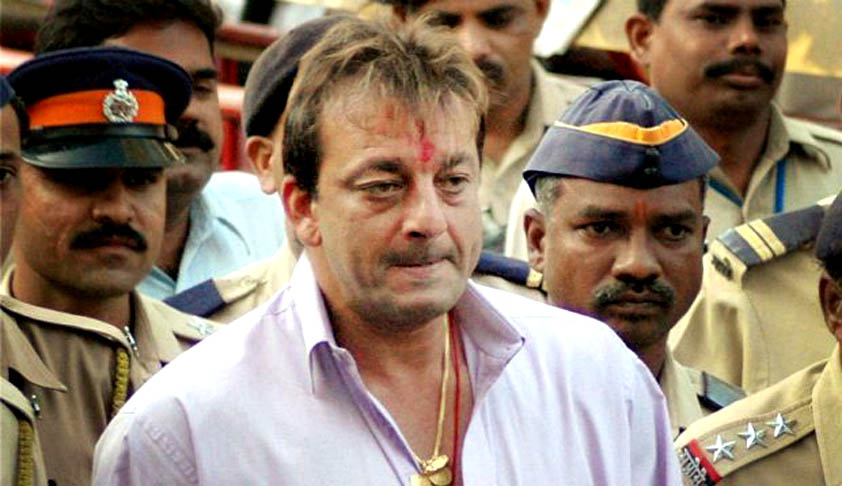 In a PIL filed before the Bombay High Court, the legality of Sanjay Dutt’s early release from prison on February 25, 2016, has been questioned.

On Monday, the state government filed an affidavit before the bench of Justice RM Savant and Justice Sadhana Jadhav justifying the decision to release the actor 8 months and 16 days before completion of his actual sentence.

Dutt was convicted under provisions of the Arms Act and sentenced to six years’ imprisonment.

Attorney General AA Kumbhakoni submitted the affidavit before the court. In the affidavit, it is stated that Dutt’s case comes under Rule 8 category (c) of the Maharashtra Prisons (Remission System) Rules, 1962 which provides:

(i) 3 days of remission in a month for good behaviour, discipline and participation in various institutional activities such as physical training, education programmes etc.

(ii)  4 days of remission in a month for performing allotted work in accordance with prescribed standards.

In addition to this, under Rule 12, there is a provision for grant of 30 days’ remission in a year for good conduct.

Thus, the affidavit states that Dutt was entitled to 114 days remission in a year. This does not include any special remission provided under Rules 14, 15, 16 or even state remission under Rule 18. The total remission earned and sanctioned is 256 days, which comes down to eight months and 16 days.

The PIL was filed by Pradeep Bhalekar, chairperson of Samajik Karyakarta Saurakhan Samiti. The PIL stated that remission granted to Dutt was wrong and illegal.

Petitioner’s advocate Nitin Satpute argued that Dutt was being favoured by the state. He said there were many other convicts, especially in petty offences, who are rotting in jail and filed applications for remission, but to no avail.

This matter will now come up for hearing in two weeks.