Accused Cannot Be Kept In Custody Only On A 'Hunch' That He Will Impede Trial Or To Send A Message To Society : Delhi HC 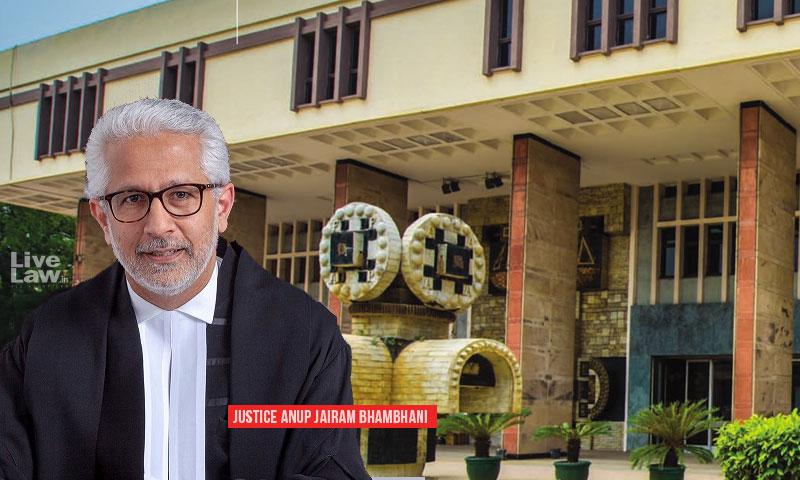 The Delhi High Court has stated that the personal liberty of an accused person cannot be curtailed by denying him bail merely on the basis of the investigation agency's "hunch" that he will interfere with administration of justice. "Nowhere is it the law that an accused, yet to be tried, is to be kept in custody only on a hunch or a presumption that he will prejudice or impede trial;...

The Delhi High Court has stated that the personal liberty of an accused person cannot be curtailed by denying him bail merely on the basis of the investigation agency's "hunch" that he will interfere with administration of justice.

"Nowhere is it the law that an accused, yet to be tried, is to be kept in custody only on a hunch or a presumption that he will prejudice or impede trial; or to send any message to the society. If anything, the only message that goes-out to the society by keeping an accused in prison before finding him guilty, is that our system works only on impressions and conjectures and can keep an accused in custody even on presumption of guilt," the single-Judge bench of Justice Anup Jairam Bhambhani observed.

The remarks were made while allowing the bail plea of Fortis Healthcare promoter, Shivinder Mohan Singh, in a money laundering case. The bench has directed the authorities to release Singh on bail on his furnishing a personal bond of ₹1 crore and two sureties of ₹25 lacs each.

The above observations place a significant check on the exercise of discretion in matters of granting bail to an undertrial prisoner.

The bench has clarified that the authorities probing the criminal case must oppose the grant of bail on the basis of cogent material that makes a case "beyond reasonable doubt" and they should not seek custody of the accused only with an intention to "punish" him even before conclusion of trial.

"An investigating agency must come to court with the confidence that they have arrested an accused based on credible material, and have filed a complaint or a chargesheet with the certainty that they will be able to bring home guilt, by satisfying a court beyond reasonable doubt. But when an investigating agency suggests that an accused be detained in custody as an undertrial for a prolonged period, even after the complaint or chargesheet has been filed, it appears that the investigating agency is not convinced of its case and so it fears that the accused may 'get-off' by discharge or acquittal; and that therefore the only way to 'punish the accused' is to let him remain in custody as an undertrial."

In the present case, Shivinder along with his brother Malvinder Singh, and Sunil Godhwani, are accused of committing financial fraud running into 3000 crores, which is dated to the period of their ownership of Religare Finvest.

Senior Advocate Hariharan, who appeared for Singh had argued that the bail should be granted to the Petitioner that the evidence in the present case has already been recorded and there is nothing on the record that warrants further incarceration.

Enforcement Directorate, on the other hand, had opposed the bail plea on the ground that there's a possibility of the accused tampering with the evidence, he poses a flight risk, and that he can influence the witnesses.

The bench noted that even though Shivinder was arrested by the ED after a "substantial" period of time had elapsed since registration of ECIR against him, there was no allegation against him of having either tampered with evidence or influenced any witnesses or destroyed any records.

In fact, it observed that since the impugned transactions were recorded and reflected in several records, the same could not be undone, reversed, modified or altered in any manner.

In these circumstances the bench said,

"While it may indeed take long and painstaking effort to unravel the entire alleged crime, when there is no real and probable risk of the applicant interfering in further investigation, as displayed by the past conduct of the applicant, that cannot be reason for denying bail."

"Though the offences as alleged, if proved, are serious economic offences, that in itself cannot be the basis for denying bail since the nature of offence has a limited role to play while examining a bail application."

The bench has held that an accused, popularly believed to be guilty, cannot be kept in custody merely to quench the society's "thirst for revenge."

"Such action would certainly not leave our criminal justice system awash in glory.

…People's trust in the criminal justice system must rest on surer footing than on pre-trial punishment by keeping accused persons in prison," the bench remarked.

It stressed on the Supreme Court's verdict in Sanjay Chandra v. CBI, (2012) 1 SCC 40, where it was held that the object of bail is to secure the appearance of the accused person at his trial by reasonable amount of bail. 'The object of bail is neither punitive nor preventative.'

The bench proceeded to study the statistics available on the Delhi Prisons website as per which, proportion of undertrials to convicts in Delhi prisons is about 82% to 18% as of December 2019.

"These numbers are telling. Prison is a place for punishment; and no punishment can be legitimate without a trial. There must be compelling basis, grounds and reasons to detain an undertrial in judicial custody, which this court does not discern in the present case," the bench remarked.

It was also alive of the fact that keeping an undertrial in jail, "seriously jeopardizes" the preparation of his legal defence.

"If kept in custody, the applicant will not be able to effectively brief and consult with his lawyers, collate evidence in his defence and thereby defend himself effectively. Thereby the applicant will be denied his right to fair trial guaranteed under Article 21 of the Constitution," the order states.