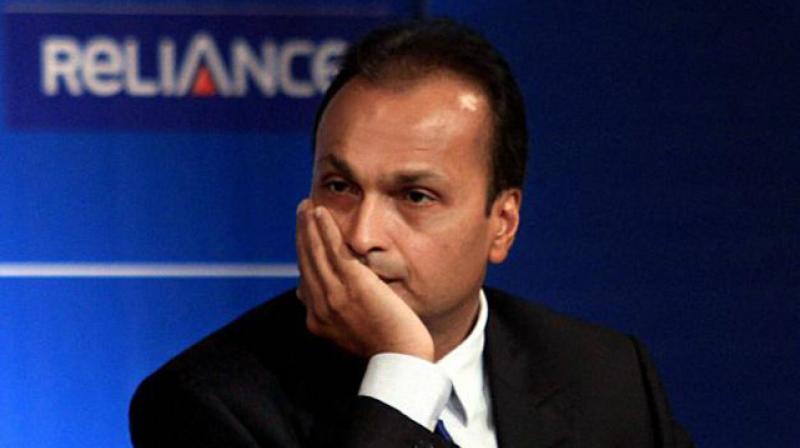 The Securities and Exchange Board of India on Friday (February 11) barred Reliance Home Finance Ltd, industrialist Anil Ambani and three other individuals from dealing with the securities market directly or indirectly for allegedly siphoning off funds from the company. The market regulator passed the interim order based on investigation into the loans which were disbursed by RHFL during...

The Securities and Exchange Board of India on Friday (February 11) barred Reliance Home Finance Ltd, industrialist Anil Ambani and three other individuals from dealing with the securities market directly or indirectly for allegedly siphoning off funds from the company.

The market regulator passed the interim order based on investigation into the loans which were disbursed by RHFL during the period of 2018-19 to several borrowing entities. The root of the proceedings were traced to multiple sources, inter alia, a letter of Price Waterhouse & Co addressed to RHFL intimating their resignation as the statutory auditor of the company; and complaints received by SEBI alleging siphoning off/diversion of funds of RHFL by promoters and management of the company. There were multiple Fraud Monitoring Returns (FMRs) from banks alleging, among others, that funds borrowed by RHFL from different lenders were partly used towards repayment of loans, the regulator said.

The SEBI in its order noted :. "It is noted that one individual person (Noticee no.2 Anil Ambani), who controls the company due to his position as a promoter and controlling shareholder by way his direct and indirect shareholding, is seen to be exercising unfettered powers…".

The SEBI alleged that the company indulged in diversion of funds and misrepresentation of books of accounts and falsification of financial statements resulting in non-disclosure of true and fair information to the public at large.

"..it is noted that the investigation of Sebi has already brought to light as to how the Noticee no. 2(Anil Ambani), (the Promoter/Chairman and the person under whose control and influence the Company has acted), has conducted himself in exceeding his remit by sanctioning loans in gross deviations of norms (internal as well as regulatory) and also by going against the explicit directives of the Board of Directors by virtue of which such loans ought to have been stopped from being sanctioned, he sanctioned further GPCL (general purpose corporate loan) to various connected entities," the order said.

"Such a misconduct on the part of Noticee no. 2 (Anil Ambani) as the chairman of the company smacks of fraudulent intent of the top management of the company, first, to divert the borrowed funds of the company meant to be advanced to genuine 3rd party borrowers to the coffers of various promoter group entities under the garb of series of sham GPC (general corporate purpose) lending, and then to cover up the losses & NPA (non performing asset) arising out of such transactions by concealing actual financial health of the company from the shareholders and general investing public, who could never know the real financial status of RHFL by looking at the cooked up books of accounts presented to them through the stock exchanges".

The order noted that the company's Key Managerial Persons (KMPs) like Executive Director and CEO Ravindra Sudhalkar and the CFOs -- Amit Bapna and Pinkesh R Shah -- "instead of bringing such misdeeds to the notice of the Board of Directors/Regulators are prima facie found to be hand in gloves with Ambani, in siphoning off the borrowed funds of the company to other financially weak promoter group companies which is evident at different stages of approval of those General Purpose Corporate Loans (GPCL) transactions".

Looking at the conduct and propensity of the Company to indulge in such activities of diversion of funds and misrepresentation of books of accounts, falsification of financial statements resulting into non-disclosure of true & fair information to the public at large, and also considering the collective misconduct exhibited by the Key Managerial Persons of the Company, the SEBUI said there is an urgent need that the Company should be prevented from pursuing such despicable activities which are visibly in violation of securities laws.

"Under the circumstances, there is a heavy preponderance of probabilities that the Company and the individuals comprising the Senior Management (named above), unless specifically prohibited, shall perpetuate their ill intent by indulging in such malpractices, which are prima facie injurious to the SEBI Act, 1992 and regulations made thereunder", the SEBI further said.

The authority said that noticees have conducted their affairs to "swindle huge sums of borrowed funds of RHFL for the benefit of promoter linked entities of the Company in flagrant violations of all canons of corporate governance".

The foregoing prima facie observations contained in this Order, are made on the basis of the material available on record. The said prima facie findings shall also be considered as a show cause notice and the afore-said Noticees are directed to show cause as to why suitable directions/prohibitions under Section 11 (4) and 11B of SEBI Act.

Last year, the SEBI had imposed a Rs 25 crore penalty on Mukesh Ambani, Anil Ambani and few others for irregularities in Reliance Industries Ltd shareholding.