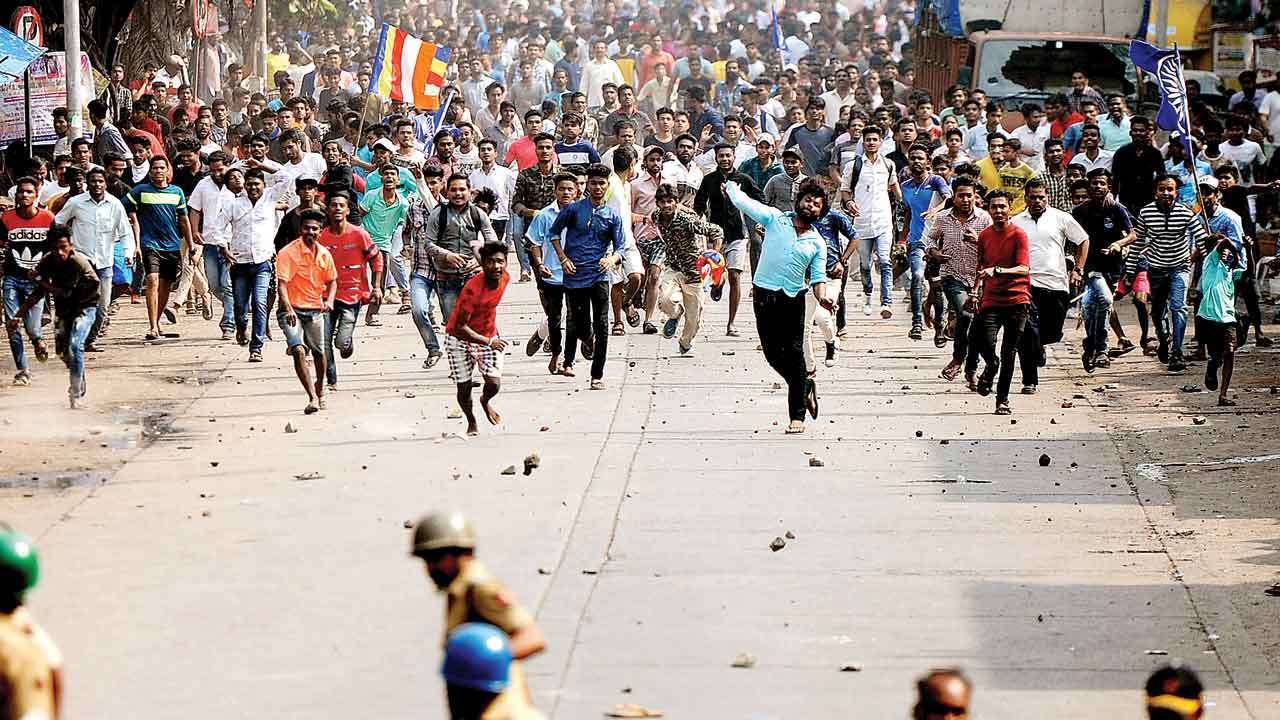 The Pune police "took away" research papers and evidence that revealed right-wing extremist leaders Sambhaji Bhide and Milind Ekbote instigated and initiated the riots at Bhima Koregaon(BK) in Pune, on January 1, 2018, an anti-caste activist alleged before an inquiry panel, on Wednesday. Harshali Potdar (33) said she managed to re-collect a chunk of the lost evidence after the...

The Pune police "took away" research papers and evidence that revealed right-wing extremist leaders Sambhaji Bhide and Milind Ekbote instigated and initiated the riots at Bhima Koregaon(BK) in Pune, on January 1, 2018, an anti-caste activist alleged before an inquiry panel, on Wednesday.

Harshali Potdar (33) said she managed to re-collect a chunk of the lost evidence after the Pune police searched her office along with the homes of other activists in April 2018. However, core material against the real culprits of the violence is still unavailable.

Potdar deposed as the 37th witness and presented her evidence before the two-member commission of former Calcutta High Court Chief Justice JN Patel and member Sumit Mullick, on Wednesday. The commission was tasked with probing the Bhima Koregaon violence in which a Dalit man was killed, and several others were injured.

Several FIRs were registered blaming both groups - upper-caste Hindutva leaders and Ambedkerites for the violence.

"Pursuant to the FIR (against Potdar and five others), Police Officers from Swargate Police Station, conducted a raid on my office at Govandi and prepared the panchanama in my presence…The police took away all the papers relating to the investigation done by me from January 1, 2018 till April 17, 2018 relating to the holding of meeting (Elgar Parishad at Shaniwar Wada) and statements of victims audio-video recording of the witnesses, profiles and posts drawn from social media revealing the conspirators and conspiracy leading to the incident of riots," Potdar deposed.

Potdar, re-affirmed allegations against Bhide and Ekbote from her affidavit submitted to the commission. A CD with audio-video evidence was also exhibited. She presented her research, survey and analysis report running into several hundred pages to the commission.

"According to my research, the riots were initiated and instigated by Sambhaji Bhide and members of his organisation- 'Shiv Pratishthan Hindustan', and Milind Ekbote and members of organisation 'Samast Hindu Aghadi'. I lost all that record which I collected with the help of my associates in identifying the real culprits and their organisations. I had tried to recollect the lost material and I am successful to some extent, but the core material which can be used as evidence against the real culprits, is still unavailable," she said.

After Potdar said that she still apprehended a "danger to her life" for deposing before the commission but refused police protection, Justice Patel asked the State to ensure prompt security to her at their cost in the future if required.

The commission's lawyer Aashish Satpute examined her. Her deposition is likely to continue on another date.

Potdar claims there have always been two versions of the 200-year-old Bhima Koregaon battle fought between the mighty Peshwa army with 25,000 soldiers and the 800 British soldiers along with the Mahar (Dalit) community. The latter won.

The Phule-Ambedkarite streams consider it a war of social liberation against the Brahmanical Peshwas, while fundamental Hindu outfits consider it an "anti-national war" against Indian rulers, she said.

On January 2, an FIR was registered against Brahmin leaders Ekbote and Bhide for instigating the riots, Potdar deposed.

However, the police actively pursued another complaint filed eight days later by right-wing activist Tushar Damgude blaming speeches at the Elgar Parishad event on December 31, 2017, for the violence.

Potdar's name was also mentioned in this FIR as she belonged to the "Republican Panthers Caste Annihilation" organisation that participated in the Elgar Parishad event, but she was not charge-sheeted. Fifteen others are facing terror charges under the UAPA, in this case.

On Wednesday, Potdar said she holds a masters degree in social work from the Tata Institute of Social Sciences (TISS) and has worked on several fact-finding committees regarding atrocities against Dalits. Therefore, she and her team had visited the site of Bhima Koregaon in January 2018 and collected documentary proof and audio-video recordings against the conspirators.

Potdar submitted the 'Satyashodhan Ahaval' booklet and a press note circulated by Milind Ekbote on December 27, 2017, to the commission to show that Ekbote was opposed to people from the Dalit Ambedkarite communities gathering at the Jaystambh or war memorial to commemorate the Battle of Bhima Koregaon on January 1.

"On going through the press note and the letter addressed to the District Collector, it is quite clear that Milind Ekbote mislead the authorities and was instrumental in causing the riots, which took place on January 1, 2018," Potdar told the commission.

'Fear for My Life'

Proceeding at the inquiry commission will continue on another date.