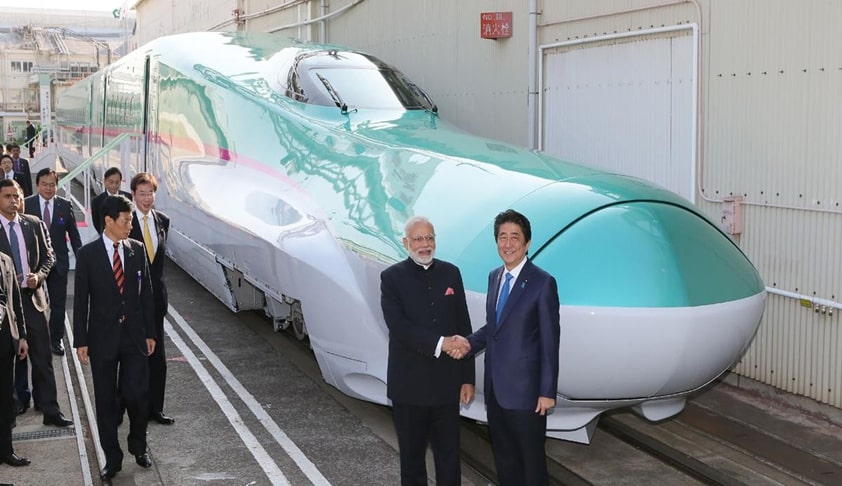 In a 361 paged judgment, the High Court of Gujarat has dismissed a batch of writ petitions filed by farmers challenging the acquisition of their lands for the purpose of Mumbai – Ahmedabad High Speed Rail Project (Bullet Train)

The bench comprising Justice Anant S. Dave and Justice Biren Vaishnev turned down the challenge to the Constitutional validity of Section 10A read with Section 2(1) of the Right to Fair Compensation and Transparency in Land Acquisition, Rehabilitation and Resettlement [Gujarat Amendment] Act, 2016.

The Court also held that the exemption granted by the amendment from the purview of the said Chapters II and III of the Central Act, 2013 namely about Social Impact Assessment and Food Security is therefore legal and valid and cannot be said to be unconstitutional. Except for Chapters II and III of the Central Act, 2013, all the remaining provisions thereof, particularly compensation, rehabilitation and resettlement are applicable to the acquisition in question whereby the landowners will not be deprived of just, fair and reasonable compensation as provided in the 1st Schedule as well as the elements of Rehabilitation & Resettlement as provided in the 2nd Schedule to the Central Act, 2013, it said.

The bench observed that the Bullet Train project is an infrastructural project as per Section 10A(j) of the Act, 2016 and serves public purpose. While dismissing the petition the bench clarified that this judgement shall have no bearing on future issues which may arise about adequacy of compensation.

Further, the State Government, is expected to keep in mind that the most important factor which should weigh with the authorities is about fair, adequate and reasonable compensation to be paid by following a transparent procedure under the provisions of the Amended Act read with Central Act, 2013 when the land is acquired for public purpose keeping in mind provisions of Article 300A of Constitution of India and further to be borne in mind that such compensation is paid in respect of similar types of land situated in the immediate adjoining areas when it was acquired by National Highways Authority or any such Central or State Government authorities.