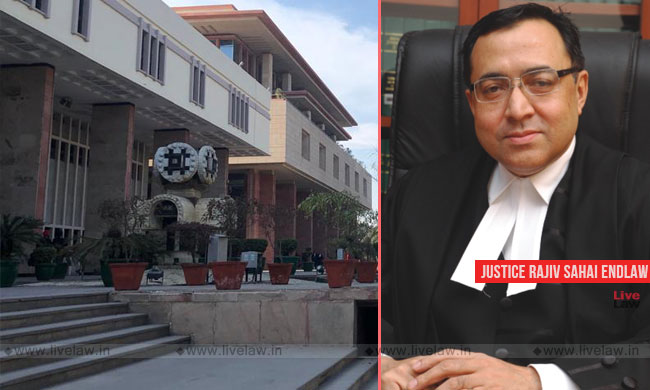 x
The passing off suits based solely on the registered design were held to be not maintainable.

Dismissing the suits filed by multinational footwear manufacturer Crocs, the Delhi High Court has held that suit for action against passing off solely based on a design registered under the Designs Act 2000 is not maintainable. "In my opinion, a registered design confers on the registrant, only the right to restrain another from infringing the design and not to, also claiming the...

Dismissing the suits filed by multinational footwear manufacturer Crocs, the Delhi High Court has held that suit for action against passing off solely based on a design registered under the Designs Act 2000 is not maintainable.

Crocs had filed separate commercial suits in the High Court against several footwear manufacturers alleging that they were copying and adopting the distinct design of Crocs. Against some manufacturers, it filed separate suits for design infringement and passing off. It also filed some suits with composite actions of design infringement and passing off.

In the suits filed for design infringement, the Court had earlier declined interim injunction on the ground of prior publication of the design. In this backdrop, Crocs pressed for interim relief in the passing off suits.

While hearing the prayer for interim relief, the question of maintainability of passing off action on the basis of a registered design arose.

The plaintiff relied on the recent five judges' bench decision of the High Court which held that composite suit for passing off and design infringement can be maintained. It argued that the three judges bench decision in Mohan Lal v Sona Paint which held that actions for passing off and design infringement cannot be maintained was overruled by a five judges' bench in Carlsberg Breweries v Som Distilleries and Breweries Ltd.

It was plaintiff's case that the distinct design of the footwear can be used as a 'trademark' on the ground that under Trademarks Act 1999, shape can be a trademark and hence action of passing off based on the design was maintainable.

The defendants contended that trademark cannot be design under the Designs Act.They contended that if what is registered as a design is also given protection as a trade mark, it would  run counter to the rights for a limited period in a design. That would be akin to permitting using design rights as trademark through backdoor.

The defendants also urged that Carlsberg did not overrule the dictum in Mohan Lal that a suit for passing off based on design can be maintained only if the something extra than the registered design is claimed as trademark.It was pointed out that the the plaintiff did not point out any extra feature over the registered design so as to constitute the trademark.

To decide the case, following questions were framed :

Justice Endlaw noted that the Designs Act was a complete code in itself, being an Act made to "consolidate and amend" law relating to designs.

Referring to Section 2(d) of the Designs Act, the Court held if the feature of shape, configuration, pattern, ornament or composition of lines or colours applied to any article is being used as a trade mark, it cannot be registered as a design.

"Once the legislative intent is that a trade mark cannot be a design, the features of shape, configuration, pattern, ornament or composition of lines or colours applied to any article, even if used as a trade mark, cease to be a trade mark on registration being granted to the same as a design, and a registrant is to be deemed in law to have surrendered, abandoned, acquiesced and waived all rights to use such features as a trade mark.

A prohibition contained in one statute has to be given effect to, while interpreting all other statutes".

The Court also noted that the Design Act granted protection only for a limited period. Therefore, permitting the use of registered design as a trademark will amount to granting extra protection, which the law never contemplated :

"The Legislature in its wisdom choose to legislate separately for features of shape, configuration, pattern, ornament or composition of lines or colours applied to any article, which were earlier construed as trade mark and protected so, by enacting the Designs Act, 2000 and granting protection to them for a maximum period of 20 years.

To hold, that though the legislative intent is to protect such features from use by another, for a limited period of 20 years only and to after the expiry of the said 20 years, allow the same to be used by others, the said features, though not permitted to be used as a trade mark during the period of registration, after the said period qualify as a trade mark and are protected from use by other, would again, in my opinion, defeat the legislative intent".

Justice Endlaw explained that the Carlsberg overruled Mohan Lal only to the extent the latter held that causes of action for design infringement and passing off cannot be combined in a single suit. However Carlsberg had expressly affirmed the view in Mohan Lal that design cannot be per se used as trademark, as clear from the following observation in para 45 of Carlsberg:

"The larger legal formulation in Mohan Lal (supra), that a passing off action i.e. one which is not limited or restricted to trademark use alone, but the overall get up or "trade dress" however, is correct; as long as the elements of the design are not used as a trademark, but a larger trade dress get up, presentation of the product through its packaging and so on, given that a "passing off" claim can include but is also broader than infringement of a trademark, the cause of action against such use lies"

Carlsberg Breweries thus cannot be held as striking a different note than majority view in Mohan Lal, the Court concluded.

Passing off action should be based on something extra than registered design.

The Court noted that the plaintiff  has not been able to show any extra, besides the design, which is used as a trade mark.

"It being not in dispute that the passing off pleaded in the plaint is by use by the defendants of what is registered by the plaintiff as a design, in terms of Mohan Lal as well as Carlsberg Breweries supra, the same is not permissible in law. The suits thus, as per averments in the plaints therein, are not maintainable and liable to be dismissed", concluded the Court.