Breaking: Delhi HC Stays Investigation Against Vinod Dua In An FIR Accusing Him of Spreading Communal Enmity Through His YouTube Show [Read Order] 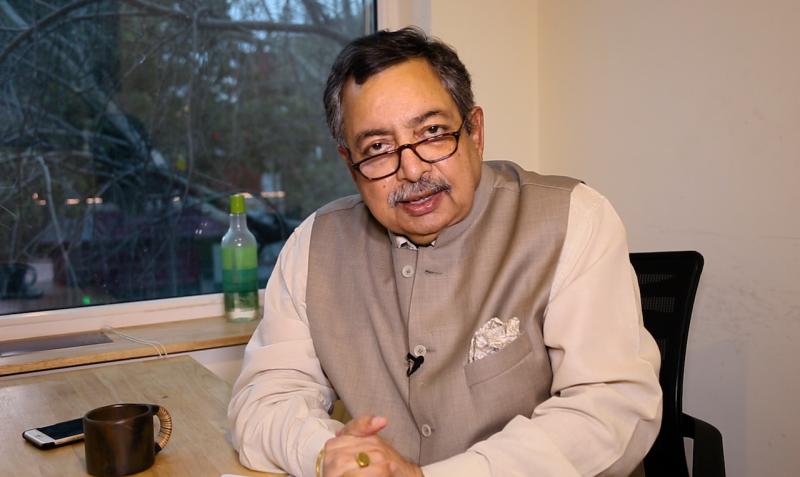 The Delhi High Court has temporarily stayed the investigation against Vinod Dua in an FIR which alleges him of spreading misinformation and causing communal enmity on his YouTube show. While holding that there's no prima facie case against Mr Dua to warrant the registration of FIR, the Single Bench of Justice Anup Jairam Bhambhani noted that there is no allegation that...

The Delhi High Court has temporarily stayed the investigation against Vinod Dua in an FIR which alleges him of spreading misinformation and causing communal enmity on his YouTube show.

While holding that there's no prima facie case against Mr Dua to warrant the registration of FIR, the Single Bench of Justice Anup Jairam Bhambhani noted that there is no allegation that any adverse consequences, in terms of enmity, hatred or ill-will, muchless any violence or breach of peace, occurred as a consequence of the webcast.

The FIR, which was filed by Mr Naveen Kumar, complained about a section of Vinod Dua's YouTube show which had talked about the riots that had happened in northeast district of Delhi.

The FIR further recorded that Mr Vinod Dua, through his webcast, is spreading rumours and misinformation about the sensitive issue of the

Delhi riots; and that his comments/remarks in the webcast contain communal overtones, which during the current COVID crisis, is causing public disaffection, which shall cause hatred and ill-will between different communities.

Senior Advocate Vikas Singh, who appeared for the Petitioner, submitted that even though anticipatory bail has been granted to the Petitioner the continuance of investigation would amount to serious harassment of the petitioner who would be repeatedly called to the police station.

Mr Singh further argued that the complaint has not been made by some member of the common public who may be aggrieved but by a person who is admittedly a spokesperson of a ruling political party at the Centre.

It was also argued by the Petitioner that there is no explanation for the inordinate delay in making the complaint and registration of the FIR, which was made more than 70 days after the webcast.

Mr Piyush Singhal, who appeared for the state, submitted that investigation in the matter is at a nascent stage, notice has only been issued to YouTube, and that the Petitioner has so far not even been called for investigation.

'narration made in the offending webcast to the effect that Delhi Police should issue a fact-sheet indicating as to how many people from the minority community were picked-up and arrested; from where; in what condition and under what threat, amounts to propagating alarming news with intent to create or promote enmity, hatred or ill-will between classes,which is an offence punishable under section 505(2), and which is both cognizable and non-bailable.'

While referring to the offence under sections 505(2) and 153A of the IPC, the court referred to the Supreme Court judgment in Manzar Sayeed Khan vs. State of Maharashtra which held that the gravamen of the offence of creating enmity between different communities, that there should be reference to a second community and the offence cannot proceed on the basis of an allegation where only one community has been mentioned.

The court further noted that naming the three persons in the webcast and questioning the police inaction against those persons, is based on what was recorded in the Division Bench order dated

'That in view of the above factual picture, it prima-facie appears that the registration of the FIR requires to be examined on the touchstone of the law as laid down in the above-referred judicial precedents, since the steps taken so far by the State do not appear to be in consonance with such law and do not inspire much confidence.'

The court, however, also stated that without forming an opinion on the merits of this matter, this court is persuaded to think that the filing of the complaint and registration of the FIR deserve to be considered and deliberated further, before allowing investigation to proceed against the Petitioner.