Directions To Remove Illegal Banners & Flags Of Political Parties : Kerala High Court Expresses Dismay At Being Accused Of Having Agenda 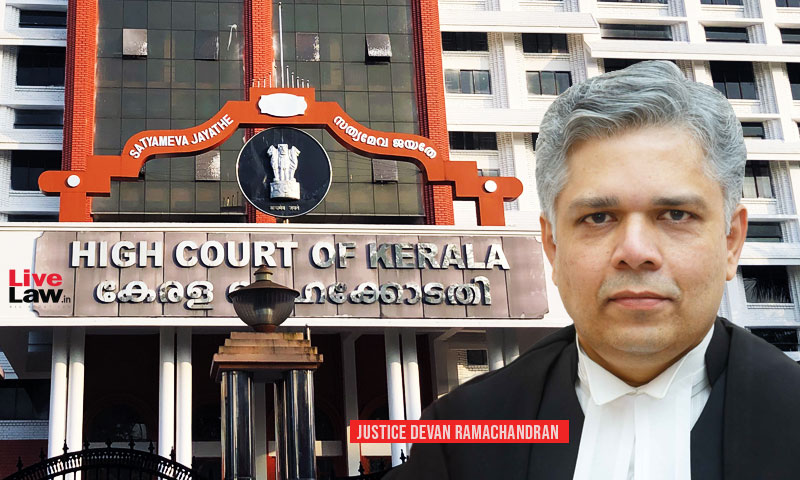 The Kerala High Court, on Friday, pulled up the Government for its failure to implement the directions for removal of illegal flags and banners erected along the highways in the State by various political parties.

A bench of Justice Devan Ramachandran expressed his distress on the allegations that the High Court is aligning with certain political parties while passing orders.

The bench observed in the order as follows :

Accusing fingers are being pointed at the High Court that it acts with an agenda because some of the violations are not being dealt with as was done in the case of others. It is extremely unfortunate. When the Court has already passed orders, it is for the Government and its agencies to implement it continually in future, and it does not require this Court to intervene every time there is a violation.

Justice Ramachandran orally remarked that it is a failure of government and its governance and its agency, not the failure of the High Court. Some vested interests are speaking accusingly against the High Court, when it is for the government to enforce the court orders already passed.

Yesterday, the Court had taken a critical view of the flags and banners erected along the highways in the State as part of the "Bharat Jodo Yatra" led by Congress leader Rahul Gandhi and expressed dismay that the authorities had not removed the banners, boards and flags erected in violation of the earlier directions.

The Court held an urgent hearing yesterday at the request of the Amicus Curiae Advocate Harish Vasudevan. The Amicus Curiae, in the report filed before the Court, had submitted that a particular political party had illegally erected a large number of boards, banners, and flags along the highways. It was further submitted that one of the major political parties had illegally put up boards in connection with the visit of a dignitary several weeks ago, and they're yet to be removed.

When the matter was taken up today, Additional Advocate General Ashok Cheriyan, instructed by Government Pleader Shyam Prasad, submitted before the Court that instructions have been given to remove the illegally erected boards and banners.

The Court remarked that "it is shame that the orders of the Court have been dealt with by the authorities in a cavalier manner".

"The Government will certainly have its compulsions, both political and otherwise, in not noticing or taking actions against such violations, but unless they've informed the Court that they propose to continue to countenance it, the inefficiency or indifference of these authorities cannot be taken lightly", remarked the Court.

The Court further observed that the citizens are confused and turning to the Court to intervene with these violations.

If the orders of the Court are refused to be or fail to be implemented by the agencies, then it spells doom to the well-enshrined traditions of democracy.

The Additional Advocate General reassured the Court that illegal boards and banners brought to the notice of the Court will be dealt with and removed, and necessary legal proceedings will be initiated. Further, steps have already been initiated for the removal of the installations and that it will be a pan-state drive and not merely be in areas noticed by Amicus Curie. Taking note of these assurances, the Court has adjourned the matter after two weeks.

The Court also added that if the Government had taken the orders passed by the Court seriously, then none of these offending installations of banners would have ever been put up. In any other civilised country, orders of Court would be implemented immediately, and it would not be necessary to act ex post facto when such violations are noticed. Unless political parties and every other entity, including commercial entities, film companies etc, act in deference to the laws of the nation, the consequences would be disastrous.

The Court also directed the Principal Secretary, Local Self Government Department, Chief Secretary and State Police Chief to file a detailed report on the actions taken with respect to every such installation, whatever be its nature, colour, creed in the whole of the State.