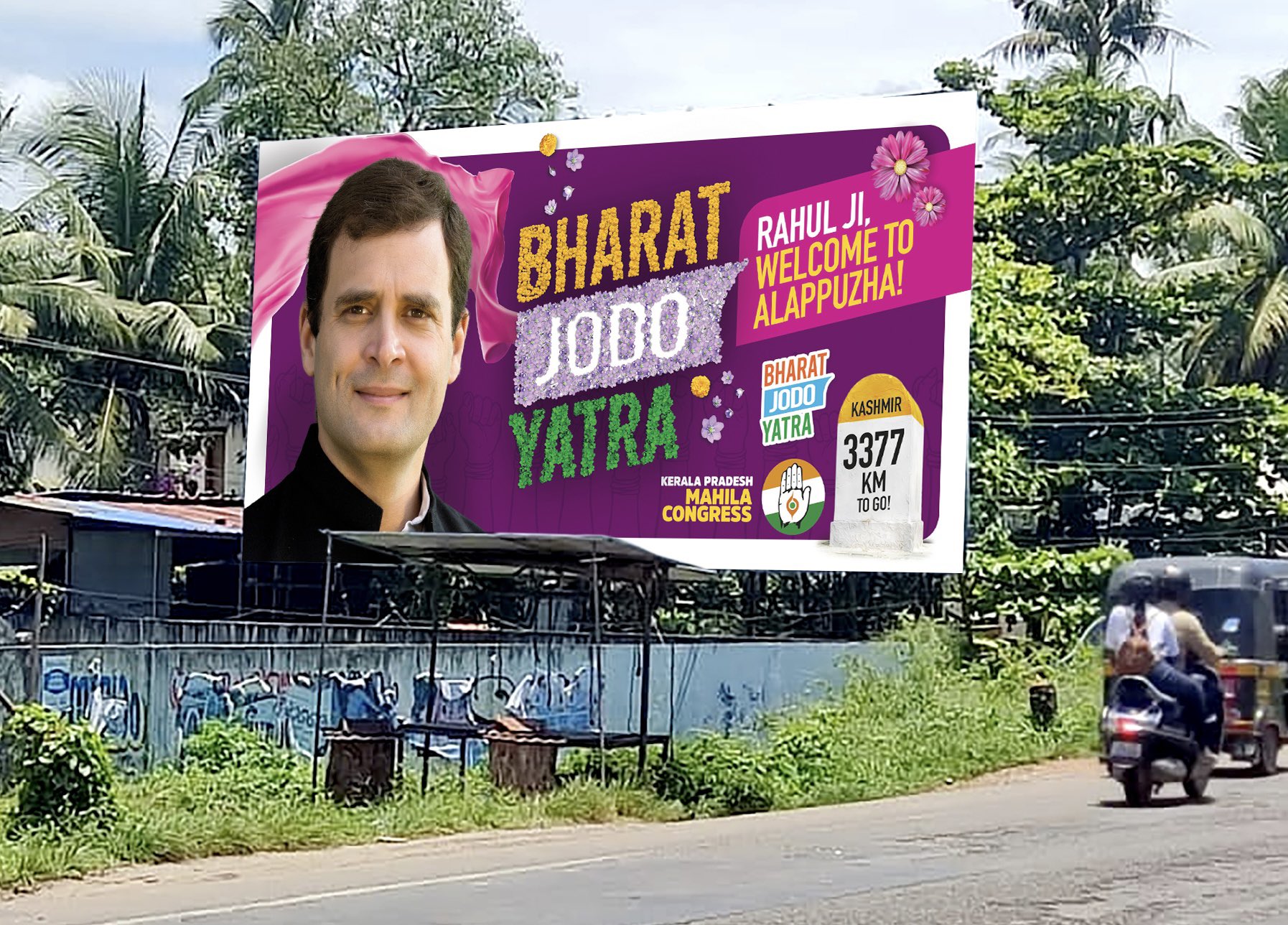 The Kerala High Court, on Thursday, took a critical view of the flags and banners erected along the highways in the State as part of the "Bharat Jodo Yatra" led by Congress leader Rahul Gandhi.

The Court expressed dismay that the authorities have not removed the banners, boards and flags erected in violation of the earlier directions.

At the request of the Amicus Curiae Advocate Harish Vasudevan, the Court held an urgent hearing on the matter. The Amicus Curiae, in the report filed before the Court, submitted that a "particular political party", had illegally erected a large number of boards, banners, and flags in connection with the visit of a dignitary. Flex boards are installed at an interval of every 15 meters on the highways. These boards, flags, banners are also installed in an unscientific manner in many places, and due to the rainy season, many of these materials are soggy and are bending towards the road due to the increased weight tension. It was further submitted that one of the major political parties had illegally put up boards in connection with the visit of a dignitary several weeks ago, and they're yet to be removed.

Justice Devan Ramachandran expressed his displeasure and remarked that it is a great tragedy that the orders issued by the Court are given absolutely no respect by entities who are in charge of the future of the nation.

Illegal Instillations have been made by a particular political party on every side of National Highway from Trivandrum to Thrissur and even beyond; and that even though the Police Authorities and other statutory authorities are fully aware of this, they have chosen to turn a build eye to it, observed the Court.

"These illegal installations cause great danger to motorists since their attention would be distracted, while moving through Highway; and there is also the real danger of some of these installations coming loose & creating havoc, particularly with respect to two wheelers", the Court observed.

"There is also the problem of such installations being disposed of and the waste generated by it becoming incapable of being handled by the Local Self Government Institutions or by any other competent Authority", the Court added.

The Court criticised the State police and authorities for turning a "blind eye". It wondered "why the official Authorities are not aware of such issues, particularly when our State can no longer take the climate or weather for granted".

While adjourning the matter for 23rd September, the Court asked Additional Advocate General Ashok Cheriyan to get instructions from the Principal Secretary, Local Self Government Department, Chief Secretary and State Police Chief as to "how these illegal installations have been put up and why they have not been removed".