FIR Under 'UP Gangsters Act' Can Be Lodged On The Basis Of A Single Case: Allahabad High Court 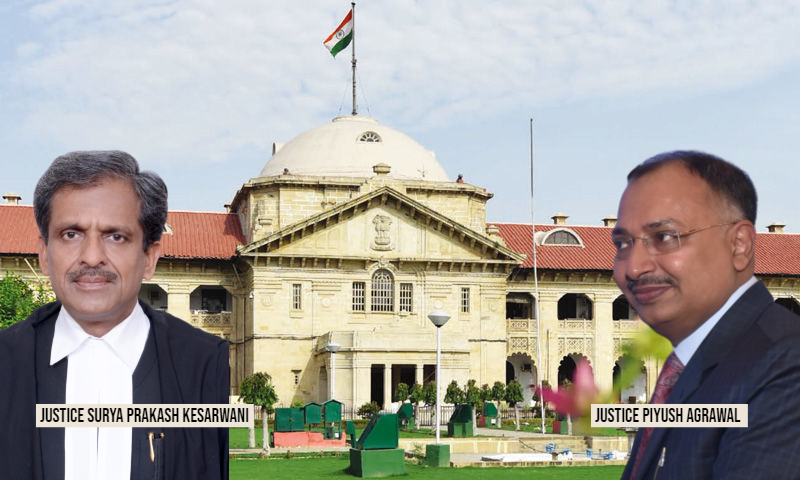 The Allahabad High Court recently observed that a first information report under the Uttar Pradesh Gangsters and Anti-Social Activities (Prevention) Act, 1986 can be lodged on the basis of the involvement of an accused in a single previous case

The Bench of Justice Surya Prakash Kesarwani and Justice Piyush Agrawal observed thus while relying upon an earlier judgment of the High Court in the case of Ritesh Kumar Alias Rikki vs. State of U.P. and another.

In the Ritesh Kumar case, the HC had held that the lodging of a first information report under the UP Gangsters Act even on the basis of the involvement of a person in a single case, is valid and permissible.

In the instant case before the Allahabad HC, one Anwar Shahzad had moved the Court seeking to quash an FIR registered against him under section 3 (1) of the Gangster & Anti Social Activities Act 1986.

It was contended by him that in the impugned FIR, there is a mention of a Case against him under Sections 419, 420, 467, 468, 471, 120-B I.P.C., and Section 30 Arms Act. He further argued that he is innocent and has been falsely implicated because he is the real brother-in-law of Mukhtar Ansari.

It was further stated that the present government has started a policy to harass the political opponent who had fought and won MLA/ parliamentary elections against the ruling party candidate.

On the other hand, the AGA submitted that the petitioner is a member of the gang, and habitual of committing crimes as provided under Section 2(b) of the Act, 1986.

Against this backdrop, the Court, while stressing that the criminal proceedings ought not to be scuttled at the initial stage and that quashing of complaint/FIR should be an exception rather than an ordinary rule, the Court opined thus:

"The power of quashing should be exercised sparingly with circumspection, in the rarest of rare cases. While examining an FIR/complaint, quashing of which is sought, the Court cannot embark upon an enquiry as to the reliability or genuineness or otherwise of the allegations made in the FIR/complaint...Ordinarily, the Courts are barred from usurping the jurisdiction of the police, since the two organs of the State operate in two specific spheres of activities and one ought not to tread over the other sphere. The First Information Report is not an encyclopedia that must disclose all facts and details regarding the offence reported. Therefore, when the investigation by the police is in progress, the Court should not go into merits of the allegations made in the FIR. Police must be permitted to complete the investigation."

In view of this observation, the Court dismissed the plea.

In related news, last month the Supreme Court also observed that there can be a prosecution against a person under the Uttar Pradesh Gangsters and Anti-Social Activities (Prevention) Act, 1986, even in the case of a single offence/FIR/charge-sheet for any of the anti-social activities mentioned in section 2(b) of the Act.