"India's Unity Not Made Of Bamboo Reeds Which Will Bend To Passing Winds Of Empty Slogans": Allahabad HC Grants Bail To Sedition Accused Students 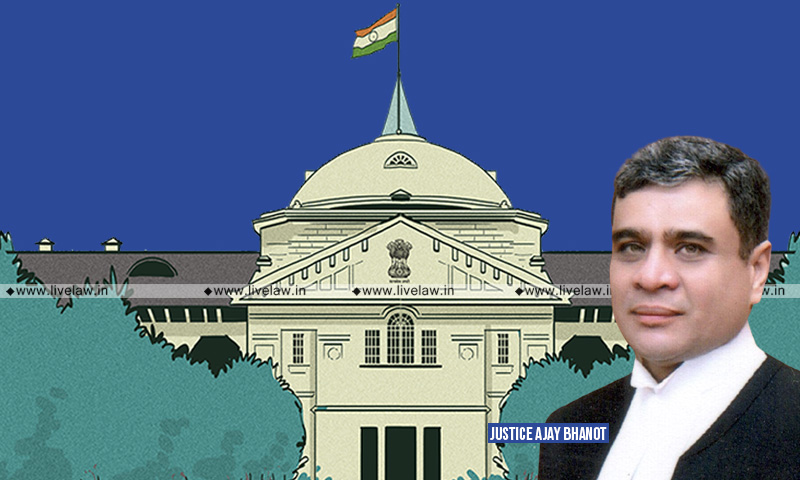 In a significant observation, the Allahabad High Court has stressed that the unity of India is not made of bamboo reeds that will bend to the passing winds of empty slogans, and that the foundations of our nation are more enduring. The Bench of Justice Ajay Bhanot observed thus while granting bail to 3 Kashmiri students who were arrested in October on sedition charges for allegedly...

In a significant observation, the Allahabad High Court has stressed that the unity of India is not made of bamboo reeds that will bend to the passing winds of empty slogans, and that the foundations of our nation are more enduring.

The Bench of Justice Ajay Bhanot observed thus while granting bail to 3 Kashmiri students who were arrested in October on sedition charges for allegedly raising pro-Pakistan slogans following Pakistan's victory in a T20 Cricket World Cup match against India.

The Bench has granted bail to three students, Arsheed Yusuf, Inayat Altaf Sheikh, and Showkat Ahmed Ganai, who are all students of an engineering college in Agra and were arrested on October 27 by Agra Police.

Significantly, to stress upon the constancy of Indian values and perpetuity of the Indian people, the Court also referred to the poet Iqbal's writing, wherein he had said thus:

Further, noting that Constitutional values create an indissoluble union of India, the Court also observed that the foundations of our nation are more enduring and that eternal ideals bind the indestructible unity of India. In this regard, the Court averred thus:

"Every citizen of the country is the custodian, and the State is the sentinel of the unity of India and the constitutional values of the nation. Students travelling freely to different parts of the country in the quest for knowledge is the true celebration of India's diversity and a vivid manifestation of India's unity. It is the duty of the people of the hosting State to create enabling conditions for visiting scholars to learn and live the constitutional values of our nation. It is also the obligation of the young scholars to imbibe and adhere to such values."

It may be noted that the Court had entertained the bail plea of 3 Kashmiri students in the extraordinary circumstances as it was informed to the Court that the Agra District Bar Association had passed a resolution for not providing any legal assistance to the applicants and therefore, the petitioners had moved to the Court directly.

It was also told to the Court that the bail applicants were also assaulted in the District Court at Agra. In view of this, entertaining the bail plea directly, the Court observed thus:

"The Court does not propose to enquire into this allegation at this stage since it is better to enlarge the applicants on bail and cut the controversy short. However, the Court feels that if the allegations are true, it is a matter of concern. Lawyers have an oath inscribed in their consciences to assist the cause of law under all circumstances and to serve justice to all those who seek it at all times."

The three were booked under IPC Sections 124 A (sedition), 153-A (promoting enmity between different groups) and 505 (1)(B) (with intent to cause, or which is likely to cause, fear or alarm to the public, or to any section of the public), and 66-F of the Information Technology Act for allegedly sending WhatsApp messages "against the country" after the match.

As mentioned, the Applicants had moved directly to the High Court with their bail plea and they did not move any application before the Agra Court, as reportedly lawyers' association in Agra had refused to represent them.

Along with the bail plea, the students had also moved an application seeking transfer of the trial of the case from Agra to Mathura Judgeship. In this regard, their application had averred thus:

"…the right to get legal assistance as well as fair and impartial enquiry/ investigation to such an accused as guaranteed under Article 21 of the Constitution of India and the entire bar of Agra judgeship is not ready to appear on behalf of the applicants before the court and defend the case on their behalf by filing bail application, thus under such circumstances, the applicants have no other remedy except to seek transfer of their case"

[NOTE: This Transfer plea is presently pending before the Allahabad High Court, however, the bail plea has been disposed of and allowed today.]