Infringement Of Right Of Two Adults To Choose Each Other As Life Partners Is A Constitutional Violation: J&K&L High Court 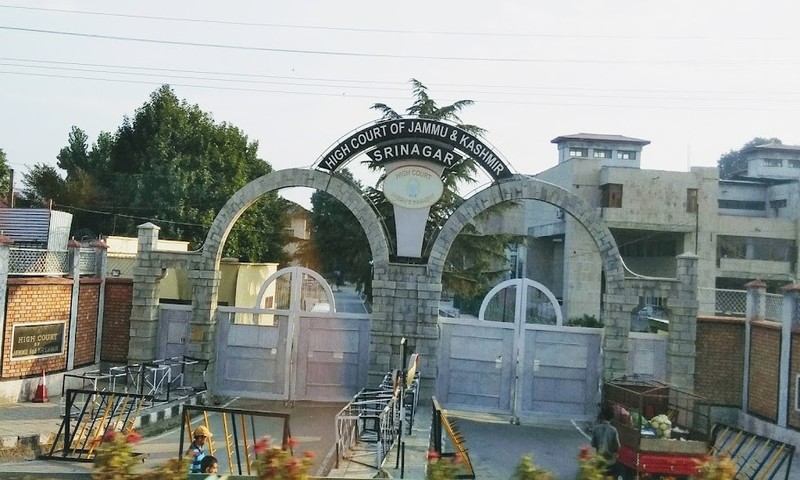 The Jammu & Kashmir And Ladakh High Court on Monday observed that when two adults consensually choose each other as life partners, it is manifestation of their choice that is recognised under Articles 19 and 21 of the Constitution and the violation of such right is a constitutional violation. Hearing a protection plea filed by a married couple, the Bench of Justice Tashi Rabstan...

The Jammu & Kashmir And Ladakh High Court on Monday observed that when two adults consensually choose each other as life partners, it is manifestation of their choice that is recognised under Articles 19 and 21 of the Constitution and the violation of such right is a constitutional violation.

Hearing a protection plea filed by a married couple, the Bench of Justice Tashi Rabstan further observed that consent of family or community or clan is not necessary once two adult individuals agree to enter into wedlock and their consent has to be piously given primacy.

The Case in brief

The Court was dealing with a plea filed by one Saba Wani along with her husband, claiming that they, being major, have contracted marriage out of their freewill and are living as husband and wife.

Further, they sought protection and security claiming that they are apprehensive that they would be subjected to physical violence and harassment at hands of their relatives, including respondent no.5, as petitioners have contracted marriage against their wishes.

Taking into account the fact that petitioners are major and have contracted marriage according to Muslim Personal Law, rites and customs, the Court noted that it is the obligation of the Constitutional Courts to zealously guard the right to liberty of an individual as dignified existence of an individual has an inseparable association with liberty.

Further, stressing that the concept of liberty has to be weighed and tested on the touchstone of constitutional sensitivity, protection and values it stands for, the Court observed thus:

"...it is emphatically clear that life and liberty sans dignity and choice is a phenomenon that allows hollowness to enter into the constitutional recognition of identity of a person. The choice of an individual is an extricable part of dignity, for dignity cannot be thought of where there is erosion of choice and no one shall be permitted to interfere in the fructification of the said choice. If right to express one's own choice is obstructed, it would be extremely difficult to think of dignity in its sanctified completeness. When two adults marry out of their volition, they choose their path; they consummate their relationship; they feel that it is their goal and they have the right to do so. And it can unequivocally be stated that they have the right and any infringement of the said right is a constitutional violation."

Against this backdrop, Kkeeping in view the prayer made, the Court disposed of the writ petition with a direction to official respondents to provide adequate security cover to petitioners.

However, the Court did direct the official respondents to check and see as to whether parties are major and the marriage has been solemnized in strict accordance with prevalent laws.

In related news, the Jammu & Kashmir And Ladakh High Court recently observed that no law or religion gives a license to a father to harass or intimidate his major daughter just because she does not accede to his wishes to marry a particular person.

This assertion came from the Bench of Justice Sanjay Dhar while hearing a protection plea filed by one Anjum Afshan (petitioner no. 1) along with her husband (petitioner no. 2) who alleged that she would be killed by her own father as he is unhappy because of her marriage with petitioner.