Insurance Company Liable If Ambulance Meets An Accident And Patient Being Shifted For Better Treatment Succumbs To His Ailment: Karnataka High Court 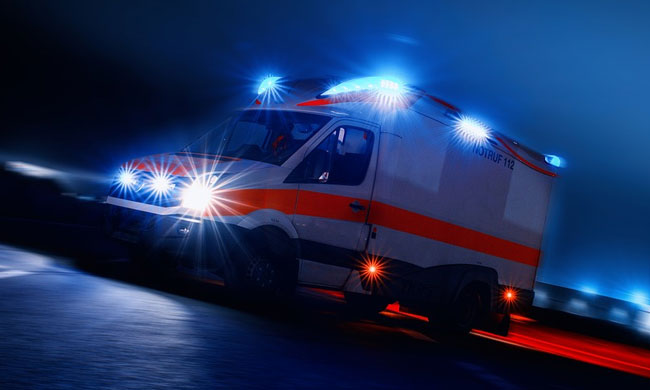 The Karnataka High Court has said that an insurance company is liable to pay compensation to a patient who succumbs to his ailments, when the ambulance in which he is being shifted to a hospital for better treatment meets with an accident.

A single judge bench of Justice T.G.Shivashankare Gowda turned down the contention of the National Insurance Company Ltd and upheld the order passed by the Motor Accident Claims Tribunal granting compensation to the claimants of the deceased Ravi.

The deceased was suffering from Jaundice. On 13.04.2010, for better treatment, he was carried in an Ambulance from Chikmagalur to Mangalore. At Kodekkal Railway over bridge, the ambulance which was driven by its driver in a rash and negligent manner toppled, causing injuries to the deceased. Later he succumbed to the injuries at Mangalore Hospital.

The insurance company primarily contended that there was no nexus between the accident and death of the deceased. It banked upon the FSL report which suggested that the death was due to lobor Pneumonia and Tuberculosis with mild steatosis of liver, and it was not on account of the accident. Thus it claimed that the Tribunal ought to have rejected the claim.

The claimants opposed the plea saying that had the deceased been admitted to Mangalore Hospital, he would have survived with proper treatment, but because of the accident, his ailment was aggravated and for this reason, he died and FSL report is nothing to do with it and the death was on account of the accident and there is a nexus.

The bench on going through the records said “If the deceased was carried to provide him with better treatment, if he had treated at Mangalore his ailment could have been cured and walked out of the hospital, jaundice is not a fatal ailment, better treatment is available at higher medical centres like Mangalore and for that reason, he was being carried in an Ambulance.”

Further it said “The driver though knew that he was carrying a patient, did not take precaution while driving, instead, he negligently caused the accident, due to the impact, the ailment of the deceased was aggravated and the patient died in the hospital.”

Following which it held “Hence, there is nexus to accident and cause of death of the deceased, but the percentage may vary and therefore, there is no sound argument on behalf of the insurance company. Hence, the ground urged for dismissal of the claim cannot be supported with.”