"Threat To Independence Of Judiciary Is A Myth": Karnataka HC Judge Justice P Krishna Bhat In His Farewell Speech 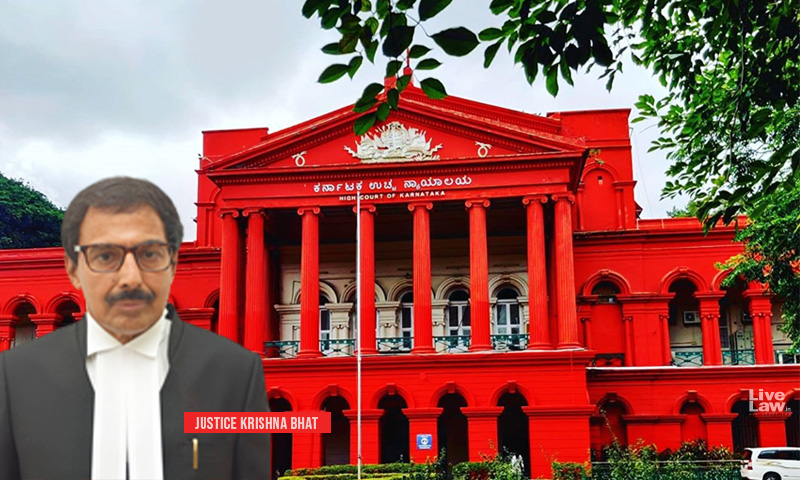 Justice P Krishna Bhat of the Karnataka High Court on Thursday said that threat to 'Independence of Judiciary' is a myth.

The Independence of the Judiciary is realized by an individual Judge remaining independent, he said.

Speaking at the farewell function organised by the High Court he said, "Discussions about 'Independence of judiciary' and threat to the same abounds the air now. To my mind, threat to 'Independence of Judiciary' is a myth. Independence of Judiciary is realised by an individual Judge remaining independent. How is that attained? It is only by the Judge internalising certain values and virtues. It is the Judge who is a 'recluse' (in the felicitous words of Sri E.S. Venkataramaiah, Former Chief Justice of India) makes for independent judiciary".

Commenting on the infrequently heard complaint that at crucial stages in their career like period of probation, promotion, etc. Judicial Officers pass certain orders because they were "told" so, Justice Bhat said, "If such an allegation is established or such a perception prevails, Judge is not independent and credibility is permanently dented."

"What then is the remedy? At the first blush, it may appear absurd and drastic. Judges, Judicial Officers 19 and such other high functionaries like Lokayukta/Upa Lokayukta, etc. should offer themselves for narco-analysis test with the simultaneous liability for similar test on persons named by the functionary concerned, if the functionary feels the complaint is false and motivated. Such situations have caused incalculable damage to credibility of the functionary in particular and institution at large," he said.

He added, "It goes without saying that a debate is required and safeguards should be crafted for preventing abuse of the process in this regard."

Justice Bhat also said, "If the progeny of the Judges of the most superior Court in the country call on the Judicial Officers at their residence with eager litigants in tow with an attempt to pass slips 17 and thereafter, drop the name of their forbear with hints of protection, then there is a serious problem to the independence of the judiciary."

Reminiscing about his journey as a judicial officer, Justice Bhat said, "I entered the judiciary nearly a quarter of a century ago. Now the time has come for me to go; to hang up my judicial gown. I do so with plenty of satisfaction; satisfaction is because I have led my judicial life on my own terms – distractions of petitions and delicious name calling and misbranding notwithstanding."

Further he remembered that, "My period as Registrar General was marked by certain avoidable events like Police charging on Advocates with each side pointing accusing fingers at the other and some of the brethren jumping into the arena ostensibly assuming certain roles which was felt avoidable. It was a tumultuous situation. Certain measures like closing the front gate (Gate No.2) for the public and Advocates and a host of other measures had to be taken which took some time for settling down."

He mentioned that then Chief Justice, Vikramajit Sen in his reply to the farewell address presented to him on 14.12.2012 had appreciated his work as the Registrar General.

Justice Bhat also noted that it was necessary to rechristen the manner of referring to subordinate Courts in a manner at variance with the nomenclature found at Chapter VI of the Constitution of India. "I am not certain that all these similar measures have ensured to instil a sense of self-confidence, value of self respect and sense of independence among the members of subordinate judiciary and without that I suspect Judges at the Trial Courts are left feeling these measures are bouts of indulgent condescension to purge one's vague feeling of guilt," he said.

Justice Bhat observed that vanities are destructive of judicial independence. Citing an example of a Judge of a High Court who rose to become a Chief Justice of High Court subsequently addressing a letter to the Chief Justice of High Court calling for action against a District Judge all because he was not received at the Airport personally by him and it is part of the record. He said, "Such Judges render themselves unfit to hold any public positions."

Justice Bhat is born in an agrarian family. After finishing his primary education in the village and high school education in Vittal, he studied PUC in Sri.Bhuvanendra College at Karkala. He did his B.Sc. from St.Aloysius College, Mangalore. He did his law course from the Law school, Banaras Hindu University, Varanasi.

Click Here To Read Full Text of the Speech