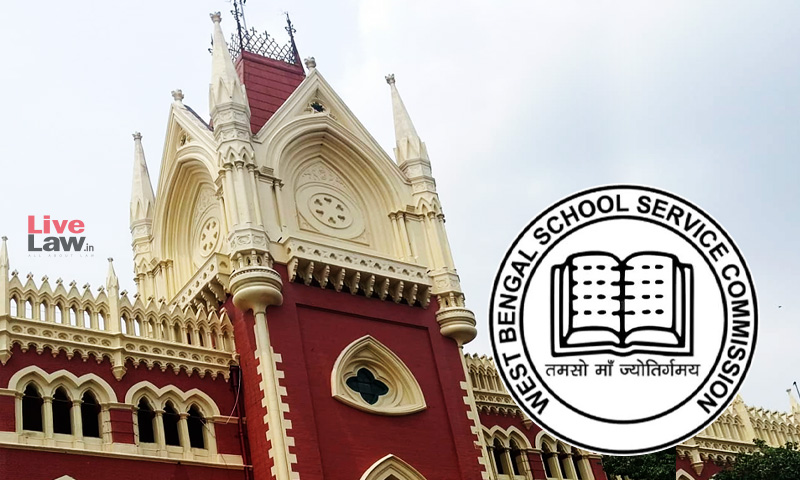 The Calcutta High Court on Thursday directed the Central Bureau of Investigation (CBI) which is probing the alleged irregularities in the recruitment of teachers in West Bengal government schools to take possession of the data room in the head office of the West Bengal School Service Commission (SCC) at Salt Lake, Kolkata and put in their own padlock in order to avoid any tampering of crucial evidence.

Justice Abhijit Gangopadhyay on Wednesday night had directed the CBI to take assistance of the Central Reserve Police Force (CRPF) to secure the West Bengal School Service Commission building in Kolkata over claims of evidence tampering in the wake of the resignation of SSC Chairperson Siddhartha Majumdar. Following the news of the Chairperson's resignation, two counsels of the petitioners had met Justice Gangopadhyay on Wednesday night and had apprised him that there existed an apprehension that crucial evidence could be tampered with in the wake of the new SSC chairperson taking charge.

Justice Gangopadhyay had further ordered for the preservation of CCTV footage by observing, "The Secretary of the School Service Commission is directed to produce the CCTV footage before me at 12.30 a.m. tomorrow. The Secretary is to preserve all the digital information and the database if not already destroyed." He had further directed that no one should enter the building till 1 pm on Thursday without the leave of the Court and ensure that the CCTV footage of the office is available by Thursday noon.

In his latest order on Thursday, Justice Gangopadhyay ordered the CBI to take possession of the data room at the head office by putting their own padlock and accordingly observed,

"I hope and expect that CBI will be able to take over the possession and control of data room and will keep a hawk's eye on the said important room in the head office of the school service commission namely Acharya Sadan".

The Secretary of the Commission was also instructed to go back to the head office and identify the date room to the concerned CBI officer and such a process of identification was directed to be completed by 6:30 pm on Thursday. The Court further observed that if the data room is to be opened for any purpose, the Commission shall have liberty to approach the Court by disclosing the purpose for such opening.

The programmer officer of the Commission namely Parna Bose along with the Secretary of the Commission was also ordered to open the door of the data room and show the concerned CBI officers the computers and other machines that are kept by 7pm on Thursday evening in order to facilitate the process of securing the room.

In the meantime, the Court ordered that the deployed CRPF will continue guarding the building of the Commission until tomorrow and shall not allow any person except the Chairman of the Commission, the Secretary, Assistant Secretary and not more than 2 stenographers to access the building.

Accordingly, the Court directed the CBI to file a short report by 2 pm tomorrow recording compliance of the Court's orders.

During the proceedings, senior advocate Kishore Datta appearing for the Commission prayed before the Court that the petitioners must submit an affidavit substantiating their allegations that certain persons had entered the office of the Commission and had started interfering with the database in an attempt to destroy it.

"I say my lord that the Court is taken to ransom..yesterday it was nothing else other than food for the media", the senior counsel had alleged while urging the Court to take judicial notice of such purported baseless allegations. He had also submitted that the Commission had not been given notice before the order for deployment of central forces was issued.

Thus, the Court directed the petitioners to submit an affidavit on the allegations of evidence tampering by June 14.

In a related development, on Thursday, a Division Bench of Justice Harish Tandon and Justice Rabindranath Samanta recused from hearing appeals preferred from Justice Gangopadhyay's order on personal ground.