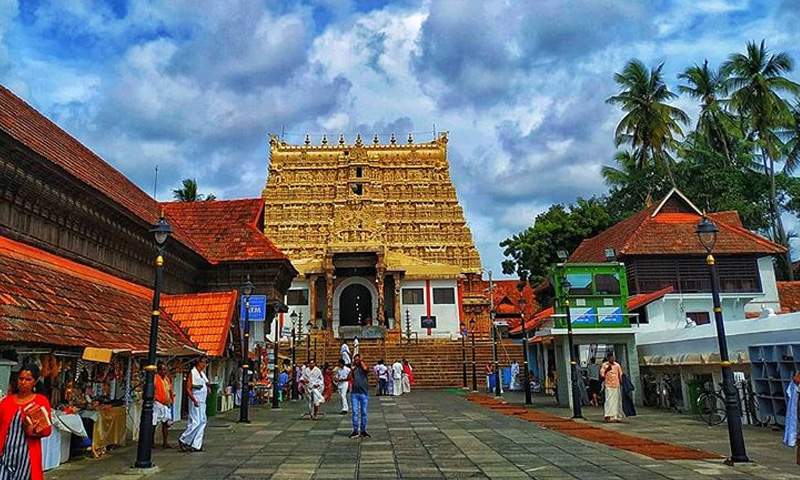 The Kerala High Court recently sought the State's response in a plea seeking directions to pay the annuity dues for Padmanabha Swamy Temple properties vested with the government pending since 2017.A Division Bench of Justice Anil K. Narendran and Justice P.G Ajithkumar issued notice to the State and issued a direction to file a counter affidavit within three weeks.The plea was moved by...

The Kerala High Court recently sought the State's response in a plea seeking directions to pay the annuity dues for Padmanabha Swamy Temple properties vested with the government pending since 2017.

A Division Bench of Justice Anil K. Narendran and Justice P.G Ajithkumar issued notice to the State and issued a direction to file a counter affidavit within three weeks.

The plea was moved by Shilpa Nair, a temple activist and the President of an NGO 'People for Dharma', through Advocates J Sai Deepak and Suvidutt Sundaram.

The petitioner contends that over 2,00,000 acres of temple land was taken over by the State once the Kerala Land Reforms Act of 1963 came into force, with the assurance of payment of perpetual annuities. Perpetual annuities are essential for the upkeep and maintenance of the temples and this has been provided in Sections 65 and 67 of the Act.

The petitioner submitted that Section 65 of the Act specifically mandates that against lands vested with government, where a purchase price has not been paid, the institution shall be entitled to payment of annuity in perpetuity from the government.

The lands were vested in the government through the Sri Pandaravaka lands (enfranchisement and vesting) Act, 1971 - with the stated objective of agrarian reforms. The liability of the government was acknowledged when an annuity of ₹58,500 was fixed as yearly compensation for rent lost in 1971.

However, the plea contends that this amount was never revised since then.

Accordingly, the petitioner approached the State with a representation requesting a revision of the annual rental compensation to be paid to the temple as per the current market rates.

It sought to fix a nominal rent of ₹25000 per acre per annum as the revised rental compensation which shall amount to ₹ 31.58 crores per annum. A revision of 25% increase every four years was also suggested.

The representation also urged the State government to explore the possibility of giving back the land which is presently not being used for any agricultural purposes.

However, since the representation was not acted upon, the petitioner approached the Court.

It was submitted that the such non-payment of annuities has led to a lack of funds which has completely crippled the administration of the Temple, and affected their ability to protect their properties.

"Demand for grants from Kerala Budget 2018 shows that only a total of INR 1 crore is paid as annuity under Kerala Land Reforms Act, 1963. That this amount is a pittance compared to actual potential income from the lands vested with government and can be observed through the observations made by this court," the plea reads.

It was further submitted that despite such a clear and binding ruling on mandatory revision of annuities payable to Temple Boards, the same has not been adhered so much so that in quite a few cases, there is no payment of annuity.

"When the Government had taken over the Temple lands, it was absolutely essential on the part of the Government to provide details of the lands and annuities paid till date for various Temple properties vested with the Government. The Government has failed in maintaining such records thereby defeating the very object of Section 65 and 67 of the Act, which goes to the root of the acquisition of the lands itself."

Moreover, the petitioner contended that since the beginning of the Covid-19 pandemic and ensuing lock downs, the temple has been facing dire conditions as no income can be earned when Darshan was not allowed.

The inaction of the government in this regard was argued to be violative of fundamental rights.

The plea also added that the failure of the Government to discharge its duties has violated the fundamental rights of the citizens and the temple administration through non-payment of compensation and annuity leading to an insufficiency of funds which eventually led to the inevitable inability to run the temple and has violated the fundamental rights of citizens and Temples under Article 25(1) and Article 26.

On such grounds, it has been prayed that the Court be pleased to direct the respondents to disburse the dues of annuity since 2017 to Padmanabha Swamy Temple pending disposal of the above writ petition.

A direction to disburse the annuities effecting revision thereof upwards by 25% every four years to meet the increase in expenses due to inflation with 12% interest p.a. on delayed payments within a fixed time has also been sought by the petitioner.

In September, the Supreme Court had directed the Administrative Committee of the Temple to carry out a Special Audit of the Sree Padmanabha Swamy Temple Trust (which is created by the erstwhile Travancore Royal Family) within 3 months.