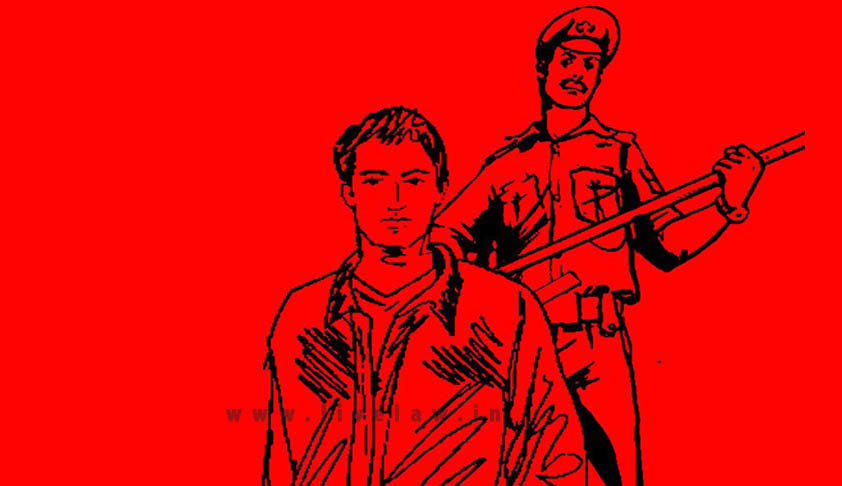 The Hon'ble Supreme Court has put an end to the endless investigation; basically it has created an embargo to unending investigation and put chains to the wrath of investigation faced by the accused. A three judge bench headed by HMJ Nariman has drawn a Laxman Rekha for the investigation agencies across the country in the case titled Vinubhai Haribhai Malaviya vs. State...

The Hon'ble Supreme Court has put an end to the endless investigation; basically it has created an embargo to unending investigation and put chains to the wrath of investigation faced by the accused. A three judge bench headed by HMJ Nariman has drawn a Laxman Rekha for the investigation agencies across the country in the case titled Vinubhai Haribhai Malaviya vs. State of Gujarat.

Although before the High Court of Gujarat the question before the Court was "whether after the IO has submitted the chargesheet against the accused persons and the Ld. Magistrate has taken cognizance and issued the summons against the accused, an application for further investigation that too at the instance of the accused is permissible or not?"

Once the investigating agency files the Final Report/Charge sheet before the concerned Magistrate, he can act in accordance with the following manner:-

(a) Accept the Final report and take cognizance;

(b) Accept the Closure report and close the case;

(c) Reject the Closure report and take cognizance on the evidence collected;

(d) Reject the closure report and order for further investigation.

One of the early judgments on this issue was Randhir Singh Rana v. State[1] the Hon'ble Supreme court held that a Judicial Magistrate, after taking cognizance on the basis of a police report and after appearance of the accused, cannot order on his own further investigation.

Subsequently in the same year in Union Public Service Commission v. S. Papaiah[2] Apex Court held that under section 173(8) CrPC the Magistrate could exercise his powers and direct for further investigation keeping in view the objections raised by the appellant to the investigation and the 'new' report to be submitted by the investigating officer would be governed by sub- sections (2) to (6) of Section 173 CrPC.

The Supreme Court in Hemant Dhasmana v. CBI[3] reiterated the law laid down in UPSC v. S Papaiah. Another judgment Minu Kumari v. State of Bihar [4]further stated that the Magistrate has the power to direct further investigation after filing of the final charge sheet, however, the Magistrate can even exercise such power with the help of section 156(3) CrPC.

The Code is a procedural document, thus, it must receive a construction, which would advance the cause of justice and legislative object sought to be achieved. It does not stand to reason that the legislature provided power of further investigation to the police even after filing a report, but intended to curtail the power of the court to the extent that even where the facts of the case and the ends of justice demand, the court can still not direct the investigating agency to conduct further investigation which it could do on its own.

It has been a procedure of propriety that the police have to seek permission of the court to continue "further investigation" and file supplementary charge sheet. This approach has been approved by this Court in a number of judgments. This as such would support the view that we are taking in the present case."

With the court passing Vinay Tyagi v. Irshad Ali and Ors. the investigating agency cannot file any supplementary report without the leave of the court. Although earlier the Supreme Court in its earlier judgment titled Rama Chaudhary v. State of Bihar[7] held that it is not mandatory for the investigation agency to seek prior permission of the Magistrate for further investigation as a matter of statutory right. But over the years and as a matter of practice the investigating agencies sought permission/ leave of the court for conducting further investigation or filing a supplementary report. The court based on the doctrine of contemporaneous exposition i.e. practice being followed and understood for a long time and the same being recognized by law and accepted.

In Amrutbhai Shambubhai Patel v. Sumanbhai Kantibai Patel[8], reiterated the view taken in Vinay Tyagi but disallowed the application under section 173(8) by the informant seeking further investigation as the matter had reached the stage where the statements of the accused were recorded. The court stated that the once the charges are framed the investigation/ inquiry into the offence is over.

It is a well-settled law that trial only kick's in after the charges are framed; the constitution bench of the Supreme Court has reiterated the same in Hardeep Singh v. State of Punjab and Ors[9].

In Vinubhai Haribhai Malaviya vs. State of Gujarat the court distinguished Devarapalli's judgment on the ground that in the erstwhile judgment the court did not notice of the definition of investigation. The Criminal Procedure Code 1898 defined "investigation" under section 2(l) and the new code defines the same under section 2(h). The difference between the two definitions was that under 1973 code investigation would include all the proceedings under the CrPC for collection of evidence conducted by a police officer. By the word all the court interpreted that it will include the proceedings under 173(8) CrPC and when under section 156(3) the Magistrate is empowered under Section 190 may order "such an investigation", ergo the Magistrate may also pass an order under section 173 (8) CrPC. Since section 2(h) was not noticed in Devarapalli's judgment the same returned an erroneous finding that section 156 (3) CrPC could only be exercised only at pre- cognizance stage. The investigation stated under section 156(3) CrPC initiates with the collection of material/ evidence and carry ones till the charges are framed.

The Court after having conflicting views in all the above mentioned rulings held in Vinubhai Haribhai Malaviya vs. State of Gujarat that the Magistrate has the power to order further investigation under section 156(3) CrPC read with section 173(8) CrPC till the charges are framed and thereafter it has put a full stop to the investigation after framing of charges.

With the passing of Vinubhai Haribhai Malaviya vs. State of Gujarat and reading the same with Vinay Tyagi v. Irshad Ali and Ors, the Investigation agency cannot without the leave of the court file a supplementary report but at the same time the magistrate can only do so until the trial starts thereby putting chains to the investigating agency. However, the question regarding the application for further investigation at the instance of accused remains unanswered. Although the logical conclusion would be if the Magistrate deems fit then further investigation may take place at the instance of the accused but the accused will have to give compelling grounds for the same.

Further it would be pertinent to point out that the Court has overruled a judgment, which has the same bench strength and issue in Devarapalli was altogether on a different issue. On one hand under section 156(3) CrPC the magistrate initiates the investigation or further gives a direction before acceptance of the final report by the investigation agency whereas the under section 173 (8) CrPC deals with scenario where a final report has already been filed but in order to secure the ends of justice it gives power for filing a supplementary or additional report to be filled by the investigation agency, both of them are at different stages .The court should have instead of overruling the judgment could have referred the same to a larger bench i.e. constitutional bench.

Law is a dynamic subject and evolving in nature but a liberal approach and a slight window for the investigation agencies to file any material which is procured after the commencement of trial subject to strict conditions and due application of mind of the trial court should have been permitted to prevent the accused from going scot-free or convicting the innocent.

There will be practical difficulties before the Trial Courts but as the Supreme Court in All India Judges Association v. Union of India[11] has rightly termed "Trial judge as the kingpin in administration of Justice." It has to be on its part to make sure that the victim gets justice and innocent is protected without putting the accused through the wrath of trial unnecessarily.