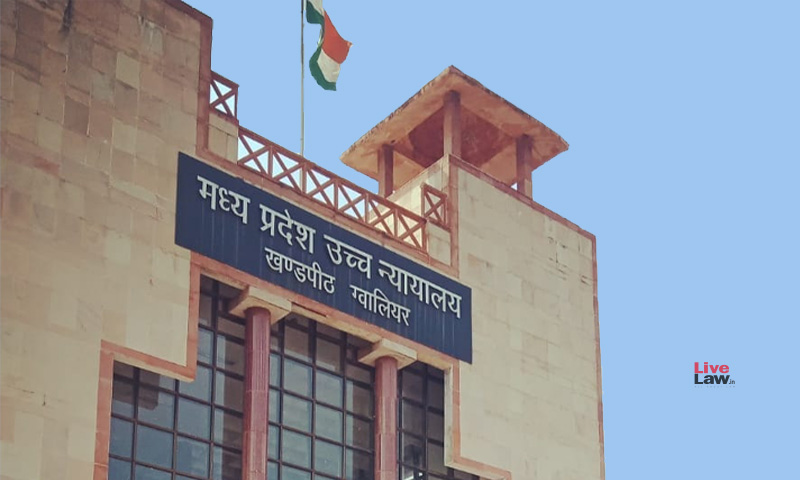 The Madhya Pradesh High Court recently ordered disciplinary action against a police officer on account of his 'faulty investigation' in connection with 21 Kgs Cannbis seqizure case. The Court ordered thus as it granted bail to the accused from whose possession allegedly 21 Kg of Cannabis was recovered.

The bench of Justice Deepak Kumar Agarwal also directed the Additional Director General of Police, Chambal Range, Gwalior, and Superintendent of Police, Gwalior to hold a training program of their police officers for doing the investigation under NDPS Act.

Essentially, the Court was dealing with the second bail application of an accused who was arrested in February 2022 in connection with a criminal case regsitered against him for the offence punishable under Sections 8/20 of NDPS Act.

Police Sub Inspector Prakash Chandra Chauhan got a piece of secret information that one person was roaming to sell cannabis 1 (ganja). The said person was apprehended and on interrogation, he narrated his name as Dinesh Kumar Meena, present applicant/accused.

His bag and suitcase were searched and in both bag and suitcase 3-3 packets were found, wherein cannabis (ganja) was present. The accused could not justify the possession of aforesaid contraband. Afterward, from all six packets, cannabis was taken out.

Thereafter, contraband was made homogeneous and weighed by an electronic weighing machine, it was 21 Kg. Out of aforesaid 21 kg cannabis, 50-50 grams of samples were taken and the remaining 20.900 KG Cannabis was sealed in the packet and the samples were sealed in another packet.

The applicant/accused was arrested on the spot and after doing the investigation on the spot, SI Lodged an F.I.R. against the present applicant/accused, and thereafter, the sample was sent for chemical analysis, wherein, it was found that the seized article was cannabis.

From the side of the applicant, the counsel submitted that the mandatory provision for taking procedure for a sample had not been followed as the police officer had not followed the general procedure for sampling provided in Standing Order No. 01 of 1989 dated 13.06.1989.

The Court noted that the investigation conducted on the spot by Sub Inspector Prakash Chandra Chouhan was not in accordance with the general procedure for sampling provided in Standing Order No. 01 of 1989.

The Court further observed that the investigating officer, despite taking samples from each of six packets seized from the possession of the applicant/accused, took out the content from all six packets of cannabis and made it homogeneous and thereafter, took samples from the whole 21 Kg. of cannabis.

"This against the law as laid down by the Apex Court as aforesaid, before seizing the aforesaid contraband he had given to the present applicant/accused, notice under Section 50 of NDPS Act which is not applicable in the present case, because cannabis was found from the bag and suitcase which were carried out by the applicant/accused and not in self-search. Section 50 of NDPS is attracted when a personal search of a person is required," the Court remarked.

Consequently, looking at the aforesaid facts and circumstances of the case, the Court allowed the bail plea on the condition that he deposits cash of Rs.50,000/- and also furnishes a bail bond in the sum of Rs.50,000/- before the trial Court.

However, before parting with the case, the Court took into account the manner in which the seizure was made and further investigation was done by Police Sub Inspector Prakash Chandra Chouhan.

"...due to his faulty procedure of taking sample, applicant/accused on whom acquisition of having possession of commercial quantity of 21 Kgs was released on the faulty investigation done by Prakash Chandra Chouhan," the Court remarked as it ordered disciplinary action against the SI.