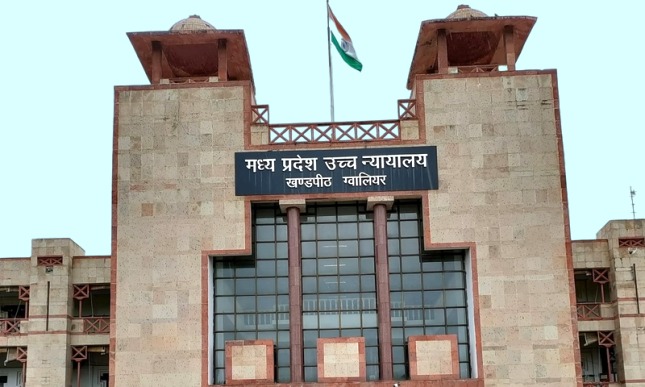 The Madhya Pradesh High Court, Gwalior Bench recently recalled its order for cancellation of bail which was passed ex-parte, holding that the person enlarged on bail was not duly served notice and therefore he could not appear before the Court to contest the said application.

Justice Anand Pathak was essentially hearing an application under Section 482 CrPC moved by the Applicant to recall the impugned order, whereby his bail was cancelled under Section 439(2) CrPC.

The Applicant submitted before the Court that the notice issued by its registry never reached him as his address mentioned on the envelope was incomplete. He further argued that the Deemed Service Clause as per Chapter XV Rule 11 of the High Court of Madhya Pradesh Rules, 2008 is applicable on writ petition whereas his case was governed under Section 64 CrPC. He also pointed out that the police had apprised the Court that they had informed his wife about the proceeding, whereas he was a bachelor. Therefore, for the said reasons, the Applicant contended that the service of summons was bad in law.

Placing reliance on the decisions of the Apex Court in Vishnu Agarwal v. State of Uttar Pradesh & Anr. and Asit Kumar Kar v. State of West Bengal, the Applicant submitted that in a case where a person is not served and any order is passed while exercising criminal jurisdiction, then bar under Section 362 CrPC does not come into play to the detriment of that person because the said provision cannot be considered in a rigid and overtechnical manner to defeat the ends of justice.

Per contra, the State submitted that the Applicant was given opportunities but he did not turn up before the Court for assistance and since he was served by way of deemed service through registered AD, no case for interference was made out. Therefore, it was prayed that application be dismissed.

Examining the submissions of parties and documents on record, the Court noted that an endorsement was made over the envelope /registered AD that due to the address being incorrect, the notice could not be served and the concerned Postman had asked the authorities to provide house number for service of notice. The Court further concurred with the submission of the Applicant that the Deemed Service Clause was not applicable in his case-

Therefore, as per Chapter XV Rule 11 of High Court Rules, 2008 it cannot be treated as deemed service although counsel for petitioner appears to be right when he makes the argument that Chapter XV Rule 11 of High Court Rules, 2008 is in respect of service of summons issued in writ jurisdiction because of original nature of litigation and summons / notice in other cases arising out of Court proceedings of District Court are to be served through the mechanism provided in Civil Procedure Code, Criminal Procedure Code, Civil Court Manual or Criminal Court Manual as the case may be and here Section 64 of Cr.P.C. appears to be the proper mode for service of any person/accused in which it is to be served over adult male member of the family and here it is the specific submission of counsel for petitioner that petitioner is not married yet therefore, factum of service service of summons to his wife appears to be misplaced.

Considering the mandate of Apex Court in the case of Vishnu Agarwal (supra), it is apparently clear that if any party intends to seek recalling of order earlier passed by this Court in criminal jurisdiction on pretext of non-opportunity of hearing then bar created under Section 362 of Cr.P.C. does not come. (See:-Vishnu Agarwal Vs. State of Uttar Pradesh and Anr., (2011) 14 SCC 813 & Asit Kumar Kar Vs. State of West Bengal, (2009) 2 SCC 703)

With the aforesaid observations the Court held that since the Applicant was not duly served at the time of hearing of application for cancellation of bail and since his own personal liberty was involved therefore, it was imperative that he should have been given a chance to canvass his case.

Accordingly, the Court recalled the impugned order and further restored the case number to decide the matter again after hearing the submissions of the Applicant.