On Munnawar Faruqui, And Why Bail Not Jail Remains A Myth 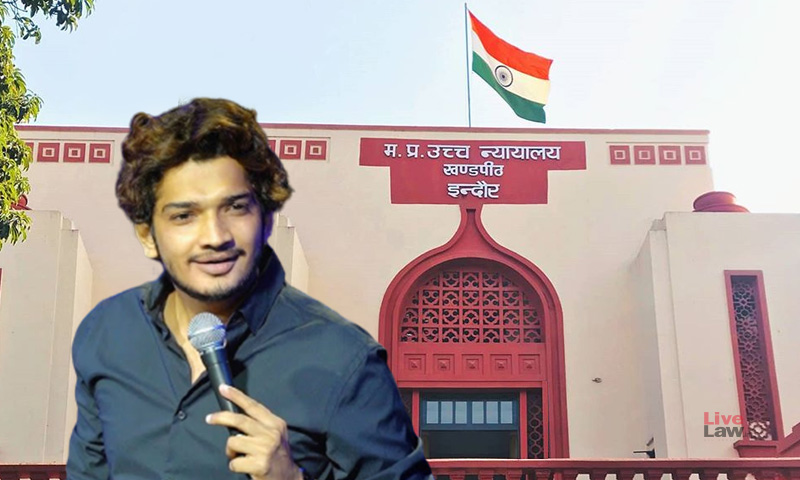 Munnawar Faruqui was arrested by the Madhya Pradesh police for allegedly making obscene jokes about deities and politicians, in a case registered against him and some others which invoked offences such as Section 295-A IPC that are cognizable and non-bailable (more on that later). After some weeks, on 28th January the High Court of Madhya Pradesh dismissed what was a third bail application...

Munnawar Faruqui was arrested by the Madhya Pradesh police for allegedly making obscene jokes about deities and politicians, in a case registered against him and some others which invoked offences such as Section 295-A IPC that are cognizable and non-bailable (more on that later). After some weeks, on 28th January the High Court of Madhya Pradesh dismissed what was a third bail application filed by Mr. Faruqui; the previous two having been filed before a Magistrate's court and that of an Additional Sessions Judge. As a result, he continues to remain in prison, and the law meekly requests all officials and society at large, that Mr. Faruqui must be presumed innocent until his guilt is established by way of trial.

There has been extensive engagement with the plight of this individual as it arguably shows a unique level of high-handedness by officialdom if the version of events publicly reported is to be believed. The concern shown by the High Court for his personal liberty also attracted a scathing attack in the Hindu by Gautam Bhatia, comparing this individual's liberty with another where such concern was loftily expressed by the Supreme Court. All these engagements, in focusing on specific instances, have not trained their attention to the frankly rotten legal regime that judges are presiding over on bail matters. This small article tries to add this dimension to the ongoing conversation.

The foundations of bail law in India rest on twin pillars: First, the classification of offences, and second, the exercise of judicial discretion. Both are considered imperative to the way our system works and I want to try and convince you that, in fact, both are contributing substantially to the arbitrariness and unfairness that is rampant in the system today.

The two most important classifications accompanying any offence in India are (i) whether it is cognizable or not, and (ii) whether it is bailable or non-bailable: If cognizable, then police are empowered to arrest without warrant and investigate without any magistrates' orders; if non-bailable, then an arrested person has no right to bail, and must file applications seeking bail before a judge [longer take here]. Here, our main focus is the second classification about bail. This classification of offences is a feature imported to India by the 1861 Criminal Procedure Code. It is seen as reflecting the different regimes prevailing under Common Law for bail at the time in respect of misdemeanours and felonies, where felonies were seen as more serious crimes where releasing persons on bail was left to judicial discretion.

There is an obvious issue with this classification, and that is its antiquity. The system has not been revised since at least the year 1898 and this has meant that even the purported logic of offence-seriousness does not shine through the entire setup. This was something which the Supreme Court commented upon in passing in 1958. Re-classifying offences to better reflect the concerns of today's day and age might yield a different scheme which does not deny a right of bail as widely as is done currently. One could argue that the Supreme Court sponsored such an exercise very recently in Arnesh Kumar as well. If this exercise was done with a keen eye on prisons data, it could also help reduce the tremendous pressure that is placed upon prisons, where nearly 10% of all undertrial prisoners are persons accused of simple theft. In addition to which is the issue of rendering these classification justiciable so as to recover some measure of checks and balances in this exercise of offence-classification which is currently totally under executive control.

As helpful as that might prove in the short run, I would argue that any such reclassification would only be treating the symptoms of the malaise, which is the idea of allowing questions of personal liberty to turn on the basis of a government sponsored classification. A brief background will help explain. Let us assume a person lost some property and went to the police station. Now, in most cases, what this person will bring to the police is a complaint, a narrative, a story about what harm was caused. It is police who transform this narrative into an offence known to law, register a formal accusation in the form of a First Information Report, and start investigation. Offences usually consist of a manifest conduct coupled with a specific state of mind. This renders the transformation of a narrative of criminality into a formal offence peculiar: one kind of manifest conduct (taking property) can amount to at least three different offences under the Indian Penal Code alone depending upon the kind of unseen mental element being alleged.

Labelling offences differently depending on the kind of conduct and prescribing different punishments is, in theory, laudable, as it helps to achieve greater nuance and fairness in the administration of criminal justice. But here's the catch: the same genus of conduct is not treated in the same way in respect of the bailable vs. non-bailable classification. Instead, the approach focuses on the species of crime, because of which our hypothetical narrative can lead to different outcomes for bail. This creates perverse incentives to invoke a non-bailable offence and deny a right to bail, as this writer can attest to from experience. It also carries the possibility of genuine confusion, as after all, how can police be certain about the mental state associated with conduct at the start of an investigation itself?

Simply refurbishing the bailable vs. non-bailable setup by being consistent in the specific punishments of each offence is, therefore, far from being a viable answer to the problem. The classification might be set in stone for each offence, but upon closer examination it appears to be little more than a line in the sand in the specific facts of each narrative that constitute an offence. Since the telling of this narrative is exclusively within the executive's domain, retaining any kind of classification concept will always entail some degree of subjugating personal liberty to the whims of executive officers.

The abiding faith in judicial discretion, albeit with notable qualifications, is perhaps the defining feature of bail law. Senior judges are trusted with unfettered discretion while the magistracy "shall not" ordinarily grant bail in cases punishable with either death or imprisonment for life (because of a distrust of the lower judiciary, as debates around the 1923 amendments to bail laws confirm. Longer take on the changes to bail laws should be out soon). Faith in judicial discretion has been so staunch that, while parliament has fettered it when deemed fit even for senior judges (UAPA, anyone), it has refused to suggest any criteria to canalise the exercise of discretion in bail matters. Superior courts have offered stoic guidance on occasion by way of illustrative lists that, essentially, ask judges to simply look at everything before doing anything.

I would argue that unfettered has, over time, become unbridled discretion in bail matters. In perpetuating the belief that judicial black-boxing of bail decisions is a value, the law has conferred almost tyrannically broad discretion upon judges in bail matters, bringing us to a situation where arbitrariness runs rife. Judges must consider factors such as the possibility of tampering with evidence or of the accused absconding, but there is no statutory or other guidance to help courts assess these factors with any uniformity for deciding release and any conditions that might be necessary. They are expected to look at the gravity of an offence, seriousness of allegations, and the nature of evidence; but what happens to securing a presumption of innocence in such a setup where judges must prejudge the case to an extent for deciding bail? It merely becomes yet another factor in the inexplicable medley for deciding bail. And, of course, while judges are asked to look at all these considerations, to what end are courts looking at all this information? There is no answer, as the system has consistently refused to offer certainty about the objectives that bail decisions are guided by.

In this manner, we have not only got arbitrariness of outcomes, but denuded the entire setup of processual fairness. The very concepts of a "procedure established by law" and "equality before law" as we identify them today require a degree of certainty in how cases ought to proceed to provide clarity to litigants who approach the system. It is as if while trumpeting the cause of judicial discretion for so many years, the system forgot that discretion can never be an end in and of itself. In return, as has been starkly witnessed of late, the fundamental right of personal liberty has been reduced to the caprice of specific judges. Till the exercise of discretion in bail remains a black-box into which we cannot peer, the only conclusion is that no procedure established by law decides how bail applications are denied or granted.

Justice Jackson put it plainly: "admission to bail always involves a risk …" There is no doubt that every legal system must strike a compromise when it comes to a matter of bail, for some accused persons will manage to flee or otherwise take undue advantage of their liberty, no matter what the system is designed as. Does that fear condition the law's approach to bail? It could, but it would be akin to driving a train through personal liberty and the presumption of innocence, both of which are central to how the republic of India imagines its rule of law regime. Only, for that to happen, the system would have to commit to an idea of objectives that it thinks should guide bail discretion, and that is something India has been loathe to do. Instead, what we have is not a system based on fear, but on pure arbitrariness, where the enjoyment of personal liberty is forever under the thumb of the state. Whether it might be the government which can make any crime non-bailable, or the capricious police officer who can then invoke a non-bailable offence, or finally the judge who has no guidance whatsoever and so must be guided by her own conscience; each of these delivers a body blow to personal liberty in the republic.

Mr. Faruqui's case is not an exception, Rather, it is emblematic of the battered state that personal liberty finds itself in today, and will continue to find itself in, until governments reconsider the outmoded and antiquated regimes of arrest and custody.

[Abhinav Sekhri is an advocate practising in New Delhi. An earlier version of this article first appeared here. Views are personal]