No Interference With Govt Conclusion That Use Of Social Media By Army Personnel Enables Enemies To Gain Edge: Delhi HC [Read Order] 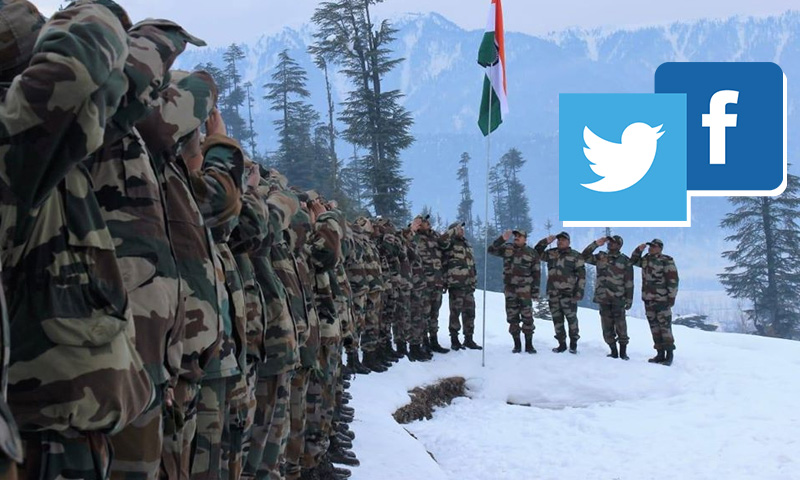 While dismissing a petition challenging the ban on army officers using social media, the Delhi High Court observed that scope of judicial review over matters concerning defence and security is limited.The bench comprising Justices Rajiv Sahai Endlaw and Asha Menon noted that modern-day warfare is not just limited to accession of territory, but also extend to influencing economy and...

While dismissing a petition challenging the ban on army officers using social media, the Delhi High Court observed that scope of judicial review over matters concerning defence and security is limited.

The bench comprising Justices Rajiv Sahai Endlaw and Asha Menon noted that modern-day warfare is not just limited to accession of territory, but also extend to influencing economy and political stability of the enemy country by inciting civil unrest and influencing the political will of citizens

"In such a scenario, if the government, after complete assessment, has concluded that permitting use of certain social networking websites by personnel of its defence forces is enabling the enemy countries to gain an edge, the Courts would be loath to interfere", the bench observed.

Warfare not confined to accession of territory, but also extend to influencing economy and political stability of enemy country by inciting civil unrest and influencing political will of citizens - Delhi HC while dismissing a plea against ban on Army Officers using social media. pic.twitter.com/zG4rPP0vUx

The petition was moved by P K Choudhary, a serving Lieutenant Colonel of the army,  who claimed that the said policy violates rights enshrined under Articles 19 and 21 of the Constitution.

Petitioner had argued that Facebook enables him to share knowledge and information on varied subjects, with his daughters, helping him to parent them even when he is posted in remote locations.

Citing Facebook as an important tool for staying connected with their families, the Petitioner further submitted that social media portals help personnel in maintaining social relationships with friends and family even from remote locations.

'With the advent of the internet age, in particular high speed internet, in connectivity over mobile networks, the soldiers have found an effective way to come closer to their friends, family and loved ones, in the virtual world, easing the stress otherwise suffered by the soldiers', the Petitioner argued.

Calling the said policy draconian, it was further contended by the Petitioner that the purported security concerns and risk of data breach, forming the basis of the impugned policy and direction, are not limited to soldiers only. Several members of the civil administration and political class who possess information of a much higher level of sensitivity than a regular soldier but the restrictions as imposed on the soldiers do not extend to them, making the policy arbitrary.

'The ban imposed on the personnel of the Indian Army shows the distrust of the country for its own army officials.'

Centre, on the other hand, argued that Rules 19, 20 and 21 of the Army Rules, 1950 prohibit persons, subject to the Army Act, from taking active part in any society, institution or organization not recognized as part of the armed forces of the Union unless it be of recreational or religious nature.

It was further argued by the Central Government that not all social media portals are banned for army personnel - they can take recourse to Skype, YouTube, and LinkedIn.

After going through these submissions, the court observed that the impugned policy has not been issued impulsively but is preceded by a prolonged study of different aspects and data collated in this regard with particular instances and deliberations at the highest level thereon and has been issued after considering similar bans imposed by other countries on armed personnel.

The court also relied upon the judgment of the Supreme Court in the Rafale Fighter Jets Procurement case wherein it was reiterated that though there is a general presumption against ousting the jurisdiction of the Courts, there are however certain areas of governmental activity, national security being the paradigm, which the Courts regard themselves as incompetent to investigate, beyond an initial decision as to whether the government's claim is bona fide.

The Court also took note of the submission of the Centre that army officers posting pictures and details of their posting locations in social media can easily convey a full picture to an expert espionage eye.

Therefore, while dismissing the petition, the court highlighted that:

'We may also notice that warfare and inter-country rivalries and animosities today are not confined to accession of territory and destruction of installations and infrastructure of enemy countries but also extend to influencing and affecting the economies and political stability of enemy country including by inciting civil unrest and disturbance and influencing the political will of the citizens of the enemy country.'