No Religion Prescribes Use Of Loudspeakers For Worshipping: Allahabad HC Declines Mosques' Request To Install Loudspeaker For Azaan [Read Judgment] 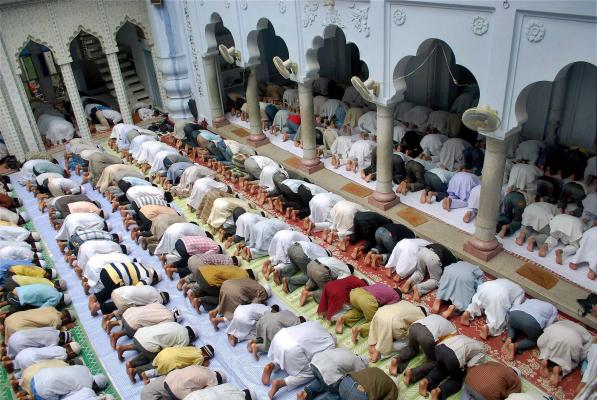 Stating that no religion prescribes the use of loudspeakers for worshipping, the Allahabad High Court declined the permission sought by two mosques to install loudspeakers, for the purposes of Azaan. "No religion prescribes or preaches that prayers are required to be performed through voice amplifiers or by beating of drums and if there is such practice, it should not adversely affect...

Stating that no religion prescribes the use of loudspeakers for worshipping, the Allahabad High Court declined the permission sought by two mosques to install loudspeakers, for the purposes of Azaan.

"No religion prescribes or preaches that prayers are required to be performed through voice amplifiers or by beating of drums and if there is such practice, it should not adversely affect the rights of the others including that of not being disturbed," division bench of Justice Pankaj Mithal and Justice Vipin Chandra Dixit held.

Reliance was placed on Church of God (Full Gospel) in India v. KKR Majestic Colony Welfare Association & Ors., 2000 (7) SCC 282, whereby the Supreme Court held that the rights under Articles 25 and 26 of the Constitution are subject to public order, morality and health.

No loudspeaker/ public address system/ sound producing instrument/ equipment or amplifier can be used in public place without the permission of the authority concerned under Rule 5 of the Noise Pollution (Regulation and Control) Rules, 2000. Thus, the Petitioners had sought permission/renewal of the license to use amplifiers and loudspeakers on religious places.

The Petitioners had argued that it is an essential part of their religious practice and it has become necessary with the increasing population to give call to the people on amplifiers and loudspeakers to come and pray.

Declining that argument, the court held,

The court noted that the area where the mosques in question were located possessed mixed population of Hindus and Muslims and on previous occasions, dispute on this score had taken a serious turn there. Thus, if any party was allowed to use sound amplifiers, tension between the two groups was likely to escalate.

It thus held that the authorities had rightly declined permission as use of loudspeakers, particularly in that area was likely to cause animosity between the two religious groups of the village, creating law and order situation.

"The administrative authorities vested with the responsibility of maintaining law and order situation in any given area are duty bound to fulfill their obligations and to ensure that the tranquillity and peace of the area is not disturbed and if there is any tension in relation to any incident or dispute, the same be reconciled and settled. Thus, they are obliged to defuse tension and not to ensure that peace prevails in the area"

The court went on to address the problem of noise pollution and the unwarranted inconvenience it causes to public health and tranquility.

"…people in India do not realise that noise in itself is a sort of pollution. They are not even fully conscious about its ill effect on health though some concern is being shown to it in recent past.

On the other hand, internationally, especially in the U.S.A., England and such other countries, people are very much conscious of the noise pollution and as a matter of course do not even blow horns of their cars and honking is considered to be bad manners as it causes not only inconvenience to others but also pollutes the environment causing hazards to health," the court remarked.

It cited the ruling in Noise Pollution (V), IN RE, 2005 (8) SCC 796, wherein the Apex Court expressed opinion that the fundamental right of a person under Article 19 (1) of the Constitution of India of freedom of speech and expression are not absolute and no one can claim fundamental right to create noise by amplifying sound of his speech with the help of loudspeakers as every citizen has a fundamental right to live in peace, comfort and quietness of his house.

It is a cardinal principle of a exercise of equitable jurisdiction that the High Court in such exercise should maintain social balance by interfering where necessary and refusing where it is against social interest and public good.

we are of a clear opinion that this matter does not require any interference by us in exercise of our extraordinary jurisdiction as otherwise it may result in causing social imbalance," the court held.

Last year, the Allahabad High Court had imposed a blanket ban on use of DJs in the State. An appeal against that order is now pending before the Supreme Court.