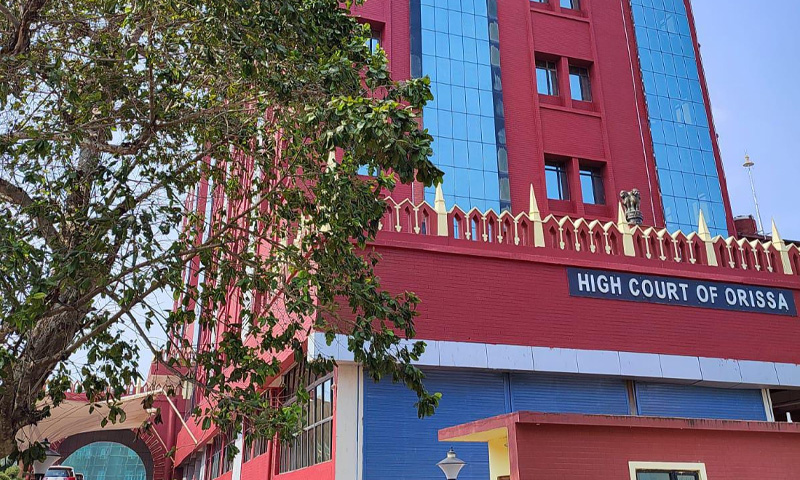 In holding so, the Court apparently differed with the dictum laid down by the Supreme Court recently in Manish Gupta and Ors. v. President, Jan Bhagidari Samiti and Ors.

While dismissing a challenge against termination of a guest faculty, a Single Judge Bench of Justice Sanjeeb Kumar Panigrahi observed,

The petitioner was appointed as a 'guest faculty' in the PG Department of History, Khallikote Unitary University on 01.08.2017. All of a sudden, the Opp. Party No. 3 (Registrar of the University) issued an advertisement on 30.04.2022 for selection of guest faculties in various disciplines including the discipline of History. After issuance of such advertisement, the petitioner along with other guest faculties, who were working under the Opp. party No. 3, made objections that they had the requisite qualifications as laid down in the advertisement and there is no purpose/ object of issuing another advertisement.

Notwithstanding that, the Opp. Party No. 3 further issued a notice on 30.04.2022 wherein the Heads of the Department were requested to inform their respective guest faculties over phone not to attend the duties with effect from 01.05.2022. Aggrieved by the said orders, this writ petition was filed by the petitioner.

Mr. S.P. Nath, counsel for the petitioner, contended that the action of the Opp. Parties in replacing one set of guest faculties with another set of guest faculties is illegal, arbitrary and is contrary to the well-settled position of law. Moreover, while disengaging the service of the petitioner principle of natural justice has not been followed and therefore, the order of dismissal is bad in the eye of law. He relied on a recent judgment of the Apex Court in Manish Gupta and Ors. v. President, Jan Bhagidari Samiti and Ors. (supra), wherein it was clearly held that an ad-hoc employee cannot be replaced with another ad-hoc employee and he can only be replaced by a regular employee. He contended that the said judgment is squarely applicable to the case in hand and therefore, the impugned advertisement is liable to be set aside.

The Court observed that the submissions of the Additional Government Advocate seemed to be the correct position of law, even if contrary view might have been there in a particular case [Manish Gupta (supra)] as has been referred to by the counsel for the petitioner citing as a binding precedent. It noted,

"If in a particular case, having considered the peculiar facts and circumstances of the case and the Appellate Court might issue directions without laying down any principle of law, in that case such directions cannot be treated as precedents. There is always a danger in treating them as precedents even though it is a judicial utterance based on the facts of particular case."

Justice Panigrahi further observed that one cannot lose sight of the concept of "circumstantial flexibility", which essentially denotes that one additional or different fact may make a world of difference between conclusions in two cases. Disposal of cases by blindly placing reliance on a decision is improper, he added.

The Court quoted the words of Lord Denning and held that in the matter of applying precedents the following has become quite authoritative over the years:

"Each case depends on its own facts and a close similarity between one case and another is not enough because even a single significant detail may alter the entire aspect. In deciding such cases, one should avoid the temptation to decide cases (as said by Cardozo) by matching the colour of one case against the colour of another. To decide therefore, on which side of the line a case falls, the broad resemblance to another case is not at all decisive. ????. Precedent should be followed only so far as it marks the path of justice, but you must cut the dead wood and trim off the side branches else you will find yourself lost in thickets and branches. My plea is to keep the path to justice clear of obstructions which could impede it".

Accordingly, the Court concluded that the position of a guest lecturer being contractual in nature, he cannot be vested with the right of continuation.

"The appointment and tenure of the individual in this case is based on the policy of the institution and the Courts cannot interfere in such matters. It is the prerogative of the institution to allow him to continue or discontinue on the basis of his performance, conduct etc. as it is not a regular post. The so-called equity arising out of the temporary employment and seeking continuation, per se does not sustain, as court should be precluded from issuing any order of continuation.", it added.

Resultantly, the writ petition was dismissed.