Parliament Has Responsibility To Restrain Criminals From Entering Into Politics, Legislature To Save Democracy: Allahabad HC 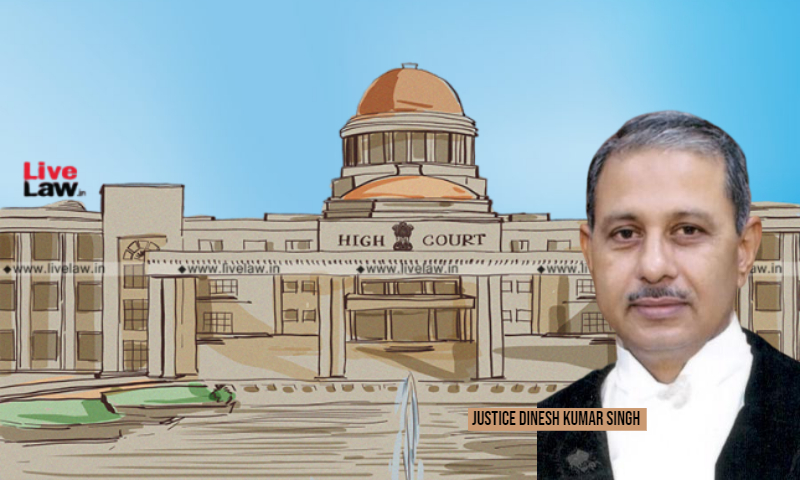 In a significant observation, the Allahabad High Court has said that it is the responsibility of the Parliament to show its collective will to restrain the criminals from entering into the politics, Parliament, or legislature to save democracy and the country governed on democratic principles and rule of law.

The Bench of Justice Dinesh Kumar Singh observed thus while denying bail to a sitting Member of Parliament (Bahujan Samaj Party), Atul Rai in connection with an Abetment of suicide case. The bench also noted that Rai is facing 23 criminal cases, which include cases of kidnapping, murder, rape, and other heinous offences.

A case was registered against Rai under Sections 376, 420, 406, and 506 IPC on a complaint by a victim, who later on attempted to commit suicide along with her friend within the precincts of the Supreme Court India in August 2021.

Now, seeking bail in the instant case, Rai had moved the High Court, however, denying him bail, the Court noted that Rai is a 'Bahubali, a criminal turned politician which was evident from his long criminal history of heinous offences.

The Court also observed that in the rape case against Rai (lodged by the victim), after the police investigated the offence and filed a charge sheet against him, he had terrorized and put undue pressure on the victim/prosecutrix, and had got several cases registered against her and her friend/witness so that they would not support the prosecution case.

The Court also took into account an application given by the victim to the Senior Superintendent of Police, Varanasi alleging that Rai was abating and drawing her close to committing suicide and that she was being continuously harassed physically and mentally and subjected to cruelty to change her stand before the Court.

Court's significant observations regarding the entry of criminals into Politics

At the outset, the Court called it unfortunate and the greatest irony of the largest democracy of the world that as many as 43 per cent of the members of Lok Sabha who got elected in the 2019 general elections are having criminal cases including cases related to heinous offences pending against them.

The court also observed that there have been several instances of persons charged with serious and heinous offences like murder, rape, kidnapping and dacoity and they got tickets to contest elections from political parties and even got elected in a large number of cases.

Referring to Apex Court's observations in the case of Public Interest Foundation & Ors vs Union of India & Anr : (2019) 3 SCC 224, the Court observed thus:

"The Supreme Court has said that this leads to a very undesirous and embarrassing situation of law breakers becoming law makers and moving around police protection. The Supreme Court in the said case has directed the Election Commission of India to take appropriate measures to curb criminalization in politics but unfortunately collective will of the Parliament has not moved in the said direction to protect the Indian Democracy going in the hands of criminals, thugs and law breakers. If the politicians are law breakers, citizens cannot expect accountable and transparent governance and the society governed by the rule of law be an utopian idea. After independence with every election, role of identities such as caste, community, ethnicity, gender, religion etc, has been becoming more and more prominent in giving tickets to winnable candidates. These identities coupled with money and muscle power has made entry of criminals in politics easy and every political party without exception (may be with some difference in degree and extent) uses these criminals to win elections. Giving tickets to candidates with serious criminal charges would break the confidence and trust of the civil society, law abiding citizens of this country in the electoral politics and elections."

The Court also underscored that earlier, 'Bahubalis' and other criminals used to provide support to candidates on various considerations including caste, religion and political shelter but now criminals themselves are entering into politics and getting elected as the political parties do not have any inhibition in giving tickets to candidates with criminal background including those having heinous offence(s) registered against them.

Further, the Court also stressed upon the responsibility of civil society as well to rise above the parochial and narrow considerations of caste, community etc and to ensure that a candidate with criminal background does not get elected.

Lastly, opining that Parliament and the Election Commission of India are required to take effective measures to wean away criminals from politics and break the unholy nexus between criminal politicians and bureaucrats, the Court remarked thus:

"There is an unholy alliance between organized crime, the politicians and the bureaucrats and this nexus between them have become pervasive reality. This phenomenon has eroded the credibility, effectiveness, and impartiality of the law enforcement agencies and administration. This has resulted into lack of trust and confidence in administration and justice delivery system of the country as the accused such as the present accused-applicant win over the witnesses, influence investigation and tamper with the evidence by using their money, muscle and political power. Alarming number of criminals reaching Parliament and State Assembly is a wake up call for all."