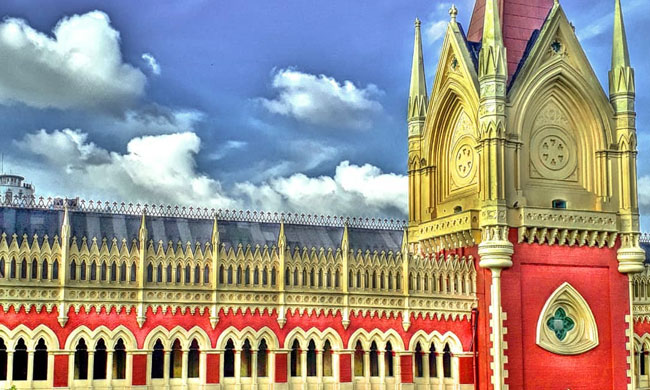 The Calcutta High Court on Wednesday set aside the "Leave India" notice issued to a Polish student by the Foreigners' Regional Registration Office (FRRO), Kolkata for participating in an anti-CAA protest.Justice Sabyasachi Bhattacharyya directed the central government not to give effect to the notice served on the Poland citizen, who studies at the Jadavpur University.The Court noted...

The Calcutta High Court on Wednesday set aside the "Leave India" notice issued to a Polish student by the Foreigners' Regional Registration Office (FRRO), Kolkata for  participating in an anti-CAA protest.

Justice Sabyasachi Bhattacharyya directed the central government not to give effect to the notice served on the Poland citizen, who studies at the Jadavpur University.

The Court noted that no reasons were stated in the expulsion order. While it is the discretion of the Government to grant visa to a foreigner, a visa once granted cannot be revoked arbitrarily, without assigning reasons.

"Even foreign nationals, as long as they have the right to stay in India, by virtue of a visa issued to them (in the present case, which was also renewed), cannot be turned out of India only by an administrative order, without any rhyme or reason and without a prior hearing being given to the foreigner", the Court observed.

"The impugned order of expulsion thus appears to be a paranoid over‐reaction, contrary to the rights enshrined in Article 21 of the Indian Constitution. The process of arriving at such decision is patently de hors the fundamental rights guaranteed by Article 21 of the Constitution and violative of the principle of Audi Alteram Partem".

On March 6, the Court had stayed the operation of the notice, as per which the Poland national was asked to leave India before March 9.

Kamil Siedczynski, the student from Poland who is enrolled for a Masters' degree in the Department of Comparative Literature at Jadavpur University, was served a 'Leave India Notice' dated February 14 from the Foreigners' Regional Registration Office (FRRO), Kolkata.

Opposing the Poland citizen's prayer, the central government told the court that being a student visa holder, a foreigner cannot challenge a law passed by the Indian Parliament.

Central government lawyer Phiroze Edulji submitted that a foreigner cannot challenge Article 19 of the Constitution, as it was not applicable to him.

Edulji further submitted that the notice was served on him by the FRRO on the basis of a field report.

In his petition before the high court, Siedczynski prayed for a restraining order on the authorities from giving effect to the notice, which asked him to leave India within 14 days of receiving it, and from deporting him.

In the notice, Siedczynski is alleged to have engaged in anti-government activities and thus committed visa norms violation, which the student denied.

Siedczynski's lawyer Jayanta Mitra submitted before the court that on December 19, 2019, while on an outing, he, was persuaded to accompany other students of the Jadavpur University to an event in the New Market area of the city.

Claiming that he did so unwittingly and out of curiosity, Mitra submitted that it transpired that the event was a peaceful protest being held by different sections of people.

He claimed that the student soon got separated from the others and stood on the sidelines as an onlooker. The student claimed that he was asked a few questions by a person, who also clicked his photograph and it later transpired that he was a photojournalist of a Bengali daily, where his photo and some related news were published. Mitra claimed that some statements had been wrongly attributed to him in the report.

Mitra claimed before the court that the notice, which was communicated to the student on February 24 when he went to the FRRO on being asked to, was arbitrary and contrary to principles of natural justice and violative of the fundamental rights guaranteed to all persons under the Constitution.

He submitted that it is not in consonance with India's obligations and is in derogation from the principles enunciated under the Universal Declaration of Human Rights (1948) and the International Convention on Civil and Political Rights (1966), which are applicable to all persons.

Siedczynski, who hails from Szczecin in Poland, has been studying in India since 2016 and has already obtained Post Graduate Diploma in Sanskrit from the Visva-Bharati University on scholarship before enrolling for the course at the Jadavpur University, where he is in the final semester and his examinations are scheduled to be completed by August, Mitra submitted.

(Story to be updated after receiving full copy of judgment)