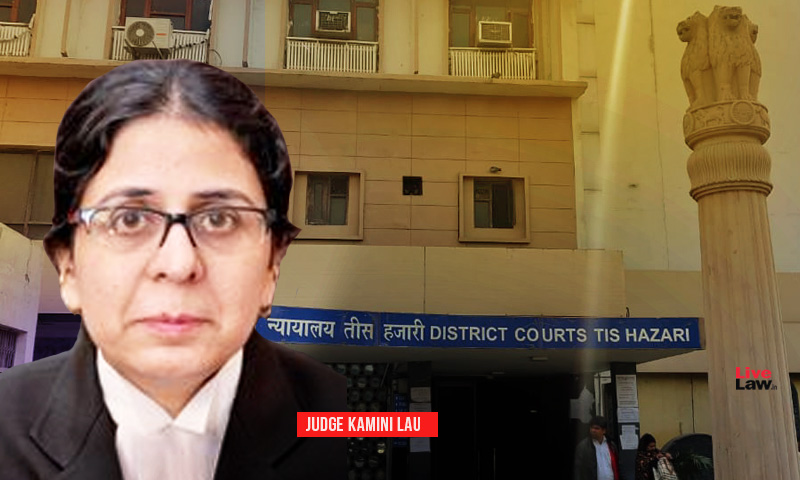 In the order granting bail to Bhim Army chief Chandra Shekhar Azad, a Sessions Court in Delhi has observed that the offences alleged by the police are not prima facie made out against him at the present moment.Azad was arrested by Daryaganj police on December 21 on allegations of violence during protests against the Citizenship Amendment Act 2019.The FIR registered against him mentioned...

In the order granting bail to Bhim Army chief Chandra Shekhar Azad, a Sessions Court in Delhi has observed that the offences alleged by the police are not prima facie made out against him at the present moment.

Azad was arrested by Daryaganj police on December 21 on allegations of violence during protests against the Citizenship Amendment Act 2019.

The FIR registered against him mentioned offences under Sections 147,148,149(relating to unlawful assembly and rioting), 186(obstructing public servant from discharging duty), 323(hurt), 332 and 353(hurt and assault on public servant while discharging duty), 427(public mischief), 436(mischief by fire), 120B(criminal conspiracy) of the Indian Penal Code. The FIR also alleged offences under Sections 3 and 4 of the Prevention of Damage of Public Property Act 1894.

The Daryaganj police alleged that pursuant to a speech made Azad, thousands of CAA protesters gathered near Jama Masjid. Later, the gathering allegedly turned violent to attack the policemen and destroy properties by setting vehicles on fire. The prosecution submitted in Court that the protest was held without taking prior permission. The Court was also told that Azad had many other FIRs registered against him by the UP police. The prosecution also claimed to have drone footages of his alleged incitements.

In the beginning of the Order, Judge Dr Kamini Lau stated that while dealing with the bail application of Azad, she was reminded of reverend patriot Rabindra Nath Tagore, "who is most relevant today". The judge went on to state that during the colonial era, when British was following the policy of divide and rule, Tagore had visualized a nation where there is no fear in the mind of people and education and enlightenment was attained by all. She then quoted from Tagore's poem "Where the mind is without fear...".

On an examination of the arguments of both sides, Judge Dr. Kamini Lau observed that there was no prima facie evidence to show the involvement of Azad in any violence. There was also no evidence of Azad making any inflammatory statements.  Advocate Mehmood Pracha, Azad's lawyer, submitted that he had just read out the preamble of the Constitution.

In this regard, Judge Kamini Lau observed :

The Court noted that there was no record of any alleged inflammatory speech made by him; nor was there any witness to affirm the same.

Judge Lau further observed that most of the offences alleged in FIR bailable and triable by Magistrate, except Section 436 IPC and the offences under the PDPP Act.

There was no direct evidence linking Azad to these non-bailable offences, said the Court.

After observing that while exercising right to peaceful protest, no corresponding right of another is violated, the Court said :

"There has to be zero tolerance for any kind of violence and lawlessness cannot be encouraged. The nation cannot be exposed to anarchy.

Of course, it goes without saying that protests lead to inconvenience but it has to be ensured that these protests do not last for a long time at public places under public use.

In the instant case, the protest call was only for one day and the march was from Jama Masjid to Jantar Mantar. In so far as the aspect of the damage is concerned, I am informed by the Ld.APP  for the State that no assessment of damage whatsoever has been done"

The Court also took into consideration the facts that he had been under custody for past 25 days and that the other 15 accused persons have been granted bail. The fact that he is a patient of a special medical condition 'Polycythemia' for which he is undergoing treatment at AIIMS was also adverted to by the Court.

Earlier, the Court had slammed Tihar jail authorities for denying him required treatment, despite being aware of his condition.

Hence, he was directed to be released on bail on a bond of Rs.25,000/- with the following conditions :

Acceding to his wish to pay obeisance at Jama Masjid, Guru Ravidas Temple and Jor Bagh, the Court allowed him to do so within the next 24 hours.

During yesterday's hearing, Judge Lau had heavily criticized the Prosecution for justifying Azad's arrest on the basis of his social media posts calling for protests. Every citizen has the constitutional right to protest, said the judge.