'You Are Behaving As If Jama Masjid Is Pakistan', Judge Tells Prosecutor In Chandra Shekhar Azad Bail Hearing 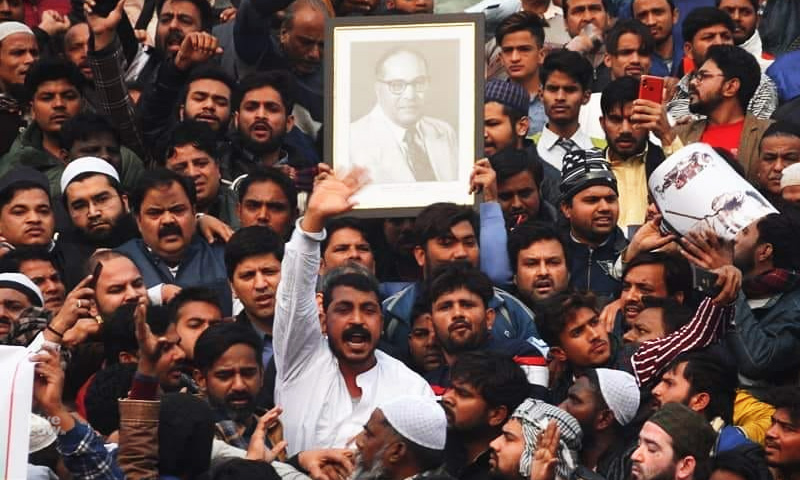 The Public Prosecutor opposed the bail application saying that Azad had incited violence through his social media posts. The Prosecutor initially refused to share the posts with Azad's counsel Mahmood Pracha. But the judge sternly said that the alleged objectionable posts should be shared unless any privilege is claimed.

On this, the Prosecutor read out some posts. Upon noting that the posts mentioned about Azad's call for protests and dharna near Jama Masjid to oppose CAA-NRC, the judge asked

Observing that there was nothing violent about the posts, the judge continued :

"Where is the violence? What is wrong with any of these posts? Who says you cannot protest?. Have you read the constitution?"

"You are behaving as if Jama Masjid is Pakistan. Even if it was Pakistan, you can go there and protest. Pakistan was a part of undivided India",  the judge told the Prosecutor. The judge also added that none of the posts of Azad were unconstitutional and reminded the Prosecutor that one had the right to protest.

When the Prosecutor replied that permission had to be taken for protests, the Judge said :

"What permission? SC has said repeated use of 144 is abuse (referring to recent Kashmir case decision)".

The Judge also added that she has seen many people who had protested outside Parliament going on to become leaders and Ministers later on. The judge also commented that Azad was a "budding politician" who had the right to protest.

"I want you to show me under which law is it prohibited for someone to protest outside religious places", the judge asked the Prosecutor.

The judge asked the Prosecutor if there was any evidence of violence by Azad.

Azad's lawyer Pracha submitted that no case was made out to arrest him, and that action was only to stifle dissent.

'You Are Behaving As If Jama Masjid is Pakistan': Judge Kamini Lau on DelhiPolice's Action against #AntiCAAProtesters- during the Hearing of @BhimArmyChief Azad's Bail Application

At this juncture, the Prosecutor said that there was "drone footage" evidence of Azad giving inflammatory speeches. Denying this, Pracha said that Azad was only reading Constitution and speaking against CAA-NRC during the dharna.

Later the judge adjourned the hearing till 2 PM tomorrow, at the request of the Prosecutor for time to produce the other FIRs which are stated to have been registered against Azad by UP Police.

Before adjourning the judge said :

"In the colonial era the protests were out on the roads. But your protest can be legal, inside the courts. Inside the parliament things which should have been said were not said and that is why people are out on the streets. We have full right to express our views but we cannot destroy our country."

Azad's lawyer Pracha said that 'deliberate harm' was being caused to him. He was not even given necessary medical treatment prior to the direction of the Court, Pracha pointed out.

He was arrested by Daryaganj police on December 21, 2019 for allegedly inciting violence during anti-CAA protests. After several persons were detained by police on December 20 night following outbreak of violence in Daryaganj,  Azad announced in Twitter that he was surrendering before police in exchange of release of the detainees.