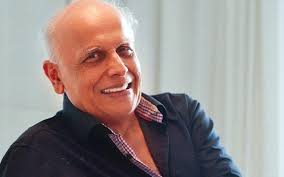 The Bombay High Court on Monday heard the civil defamation suit filed by filmmakers Mahesh Bhatt and Mukesh Bhatt seeking injunction against actor Luveina Lodh for making "false, defamatory, distasteful" allegations against them on social media and sought Rs.1 Cr each in damages for the same.

Justice AK Menon restrained the defendant from making any defamatory statement against the Bhatts and granted her three weeks time to reply to the suit, after Luveina Lodh's lawyer Advocate Prashant Pandey made a statement to that effect and said that his client will not be making or circulating any such statements against the plaintiffs. Although the plaintiffs sought immediate deletion of video as well, the Court did not grant any relief in this regard.

Senior advocate VR Dhond appeared for the plaintiffs and mentioned the matter for urgent hearing on Monday afternoon. He pressed for an urgent interim injunction against Lodh saying she intends to hold a press conference wherein she will reiterate the said defamatory allegations.

However, Justice Menon refused to accept the request.

"How can I restrain somebody from holding a press conference. How can you gag somebody like this," Justice Menon asked.

Advocate Pandey opposed the request for removal of the said video and submitted that the said defamatory statements are against her husband, and the plaintiff's names have only been mentioned to demonstrate that they were aware of her husband's activities. The defendant actor has also filed a domestic violence complaint against her husband and is willing to prove her allegations in the said video.

According to the plaintiffs, they were 'extremely shocked' to discover a video posted by the defendant from her Instagram account making grossly defamatory, slanderous, distasteful and patently false allegations against the plaintiffs in what even at the "first brush appeared to be a malicious attempt on part of the defendant to gain cheap publicity and settle personal scores with her husband viz. one Sumit Sabharwal entirely at the expense of the Plaintiffs."

In the said video, the defendant has alleged that her husband Sumit Sabharwal is Mahesh Bhatt's nephew and is a drug supplier who also engages in human trafficking. She goes on to state that Mahesh Bhatt is a 'Don' and a part of the underworld mafia who is not only aware of her husband's actions but also "operates the system."

The plaintiffs have claimed that Sumit Sabharwal is not even directly related to them as he is the son of Mahesh Bhatt's sister's husband's brother. They have submitted a chart to illustrate the same.

Court has now directed Lodh to file an affidavit in reply to the suit and the interim application within four weeks. Thereafter, two weeks have been granted to the plaintiffs to file their rejoinder to the defendant's affidavit.