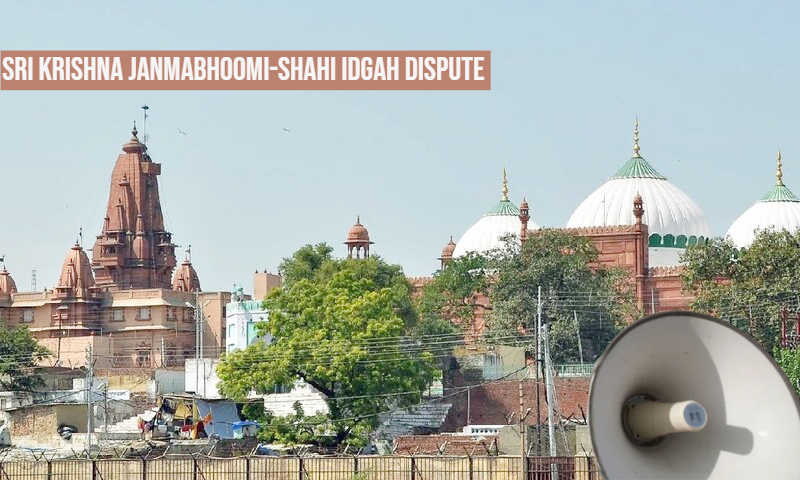 It may be noted that the Mathura's Shahi Idgah Masjid is located next to the Krishna Janmabhoomi, which is believed to be the birthplace of the Hindu deity Krishna. The application also avers that the Shahi Idagh is in fact the sanctum sanctorum of Keshav Dev temple and therefore, Azan should not be recited.

The application has been moved by the National Treasurer of All India Hindu Mahasabha, Dinesh Kaushik, who had earlier moved an application before a local court in Mathura seeking permission to perform purification rituals inside the Shahi Idgah mosque, claiming that the sanctum sanctorum of the Keshav Dev Temple was once located there.

Kaushik has also averred in his application that the fundamental rights of the people residing near the Shahi Idagh Mosque are being infringed and therefore, a direction should be issued to the District Magistrate to prohibit the recital of Azan through Loudspeaker during the pendency of primary suit filed claiming a right over the land where the Idgah is situated.