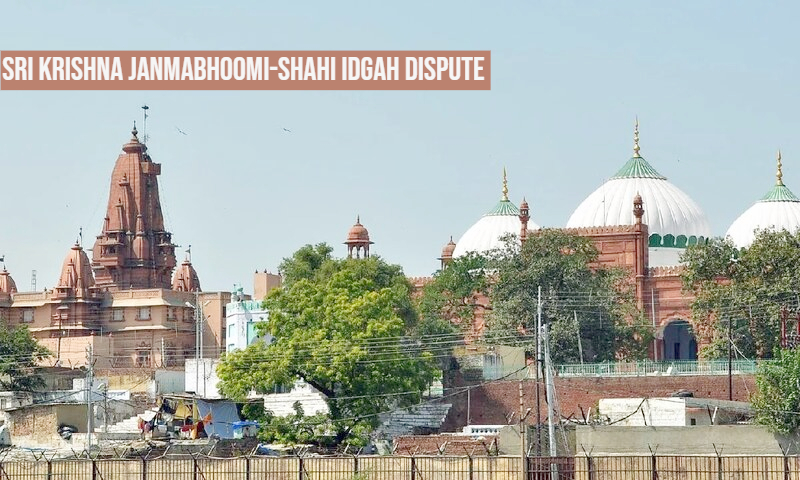 The National Treasurer of All India Hindu Mahasabha, Dinesh Kaushik, has moved an application before a local court in Mathura seeking permission to perform purification rituals inside the Shahi Idgah mosque, claiming that the sanctum sanctorum of the Keshav Dev Temple was once located there.

Essentially, the applicant has sought permission for "purification" (शुद्धिकरन) of the sanctum sanctorum (गर्भगृह) of the Keshav Dev temple with Gangajal and Yamunajal (holy water of Ganga and Yamuna).

Now, in the instant application, he has stated that the existence of the Idgah Mosque at the dispute site is hurting his sentiments, and therefore, he has sought permission to enter inside the sanctum sanctorum to perform the rituals with Gangajal and Yamunajal.

It may be noted that the Applicant, Dinesh Kaushik has already moved an application before the Civil Judge Senior Division Mathura seeking permission to consecrate Laddu Gopal inside Shahi Idgah Mosque and to perform the Puja path there.

Mathura's Shahi Idgah Masjid is located next to the Krishna Janmabhoomi, which is believed to be the birthplace of the Hindu deity Krishna and the application alleges that the said Masjid was built after demolishing an Ancient Temple

In related news, last week, an application was moved before a local court in Mathura with a prayer to seal the disputed Idgah mosque complex. The petitioners, Advocates Mahendra Pratap Singh and Rajendra Maheshwari have moved this application claiming that if the disputed premises is not sealed, then the religious character of the property will be changed.