'So Long As Life Lasts, It's Court's Duty To Give Meaning To Constitution To Prevent Human Suffering' : Delhi HC In Nirbhaya Case 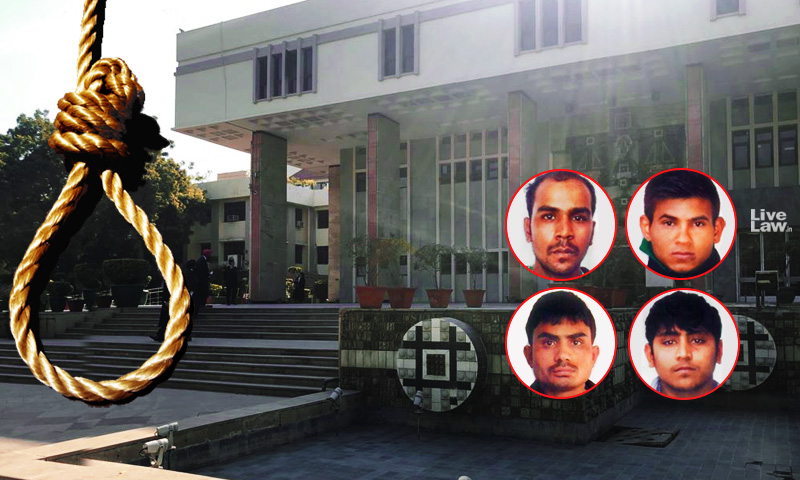 In the order refusing to set aside the Trial Court's stay on execution of convicts in the Nirbhaya case, the Delhi High Court observed that so long as life lasts, it shall be the duty of the Court to give meaning to the Constitution to prevent human suffering and degradation.

Acknowledging the gruesome nature of crime committed by the four convicts, the Court said that protection under Article 21 of the Constitution was available even at the stage of execution. All procedure must be fair, just and reasonable, reminded the Court.

"It cannot be disputed that all convicts have been found to be guilty of a horrible, ghastly, gruesome and heinous offence of rape coupled with a bone chilling murder of a young girl which shocked the conscience of the society at large.

However, so long as life lasts, so long shall it be the duty and endeavour of the Court to give to the provisions of our Constitution a meaning which will prevent human suffering and degradation. Therefore, Article 21 is as much relevant at the stage of execution of the death sentence as it is in the interregnum between the imposition of that sentence and its execution. The essence of the matter is that all procedure, no matter what the stage, must be fair, just and reasonable.", observed Justice Suresh Kumar Kait in the judgment.

The Court said that it was "understandable" that a convict sentenced to death will take recourse to every remedy which is available to him under the law, to ask for the commutation of his sentence.  At the same time, it also mentioned that the delay in the case is attributable to the accused for resorting to "a series of untenable proceedings which have the effect of defeating the ends of justice".

However, the Court said that the death warrants cannot be executed separately as their fate was decided by a common order.

"convict Mukesh cannot be adversely segregated from the similarly placed convicts simply because he has been sincerely and earnestly pursuing his legal remedies", observed Justice Kait.

The Court also interpreted "appeal" and "application" in Rule 834 and 836 in the Delhi Prison Rules to include only appeals in Courts and not mercy petition. To that extent, the conclusion of Trial Court was disagreed with.

Taking note of the fact that the convicts have adopted "all the delay tactics to frustrate the warrants", the Court directed them to avail remaining legal remedies within a week, failing which authorities should proceed as per law.

"I hereby direct the convicts to take steps if they wish to make any type of petition before any institutions/authorities available under law within one week from today, failing which this Court expects from the institutions/authorities concerned to deal, as per the law applicable on delay, if any, without further delay.", the Court said in conclusion.