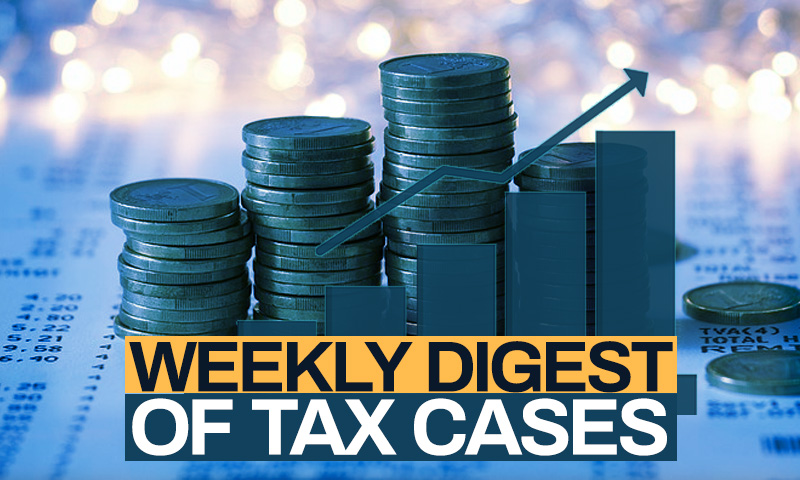 Supreme Court GST Council Recommendations Not Binding On Centre & States; Both Parliament & State Legislatures Can Legislate On GST : Supreme Court Case Title : Union of India and Anr versus M/s Mohit Minerals Through Director Citation : 2022 LiveLaw (SC) 500 In a significant verdict, the Supreme Court held that the recommendations of the GST council are not binding on...

In a significant verdict, the Supreme Court held that the recommendations of the GST council are not binding on the Union and the State Governments.

A bench led by Justice DY Chandrachud held that the Parliament intended that the recommendations of the GST Council will have persuasive value.

Importantly, the Court held that both the Parliament and the State Legislatures can equally legislate on matters of Goods and Service Tax.

GST Council Has Unequal Voting Structure, Can Be An Avenue For Political Contestation : Supreme Court

While holding that the recommendations of the Goods and Services Tax(GST) Council are not binding on the Centre and the States, the Supreme Court has highlighted the unequal voting structure and the possibility of political contestations in the Council.

The Court noted that the recommendations of the GST Council are not based on a unanimous decision but on a three-fourth majority of the members present and voting, where the Union's vote counts as one-third, while the States' votes have a weightage of two-thirds of the total votes cast.

Time Of 8 Hours To File Reply To Show Cause Notice, Not Reasonable: Delhi High Court

The Delhi High Court bench of Justice Manmohan and Justice Dinesh Kumar Sharma has held that the time of eight hours to file a reply to the show cause notice was neither reasonable nor effective. The assessee could not have provided relevant information and documents to establish his case in such a short period of time.

The Delhi High Court bench of Justice Manmohan and Justice Dinesh Kumar Sharma has held that neither the Assessing Officer nor the Principal Commissioners of Income Tax (PCIT) have considered the three basic principles, i.e., the prima facie case, balance of convenience, and irreparable injury, while deciding the stay application.

The Delhi High Court bench of Justice Rajiv Shakdher and Justice Poonam A. Bamba has directed the designated committee to manually process payments of an assessee under the Sabka Vishwas (Legacy Dispute Resolution) Scheme, 2019 (SVLDRS).

The Delhi High Court bench of Justice Manmohan and Justice Dinesh Kumar Sharma has quashed the reassessment order, alleging income of more than Rupees one lakh crore having escaped assessment on the grounds of violation of natural justice.

The Delhi High Court bench of Justice Manmohan and Justice Dinesh Kumar Sharma held that since the petitioner jurisdictional Assessing Officer is headquartered in Delhi, the income tax officer from Jaipur had no authority to send a notice proposing the beginning of reassessment proceedings.

The Delhi High Court bench of Justice Rajiv Shakdher and Justice Talwant Singh has quashed the assessment order as an opportunity of personal hearing was not granted to the taxpayer.

The Bombay High Court, while quashing the reassessment notice, held that the assessment could not be reopened on a mere change of opinion of the Assessing Officer (AO).

Loss On Trading In Derivatives Of Securities Not A Speculative Loss, Can Be Set Off Against Business Income: Bombay High Court

The Bombay High Court has ruled that transactions in respect of trading in derivatives carried out in a recognized stock exchange are excluded from the definition of "speculation transaction" under the Income Tax Act, 1961.

The Bench, consisting of Justices R.D. Dhanuka and S.G. Mehare, held that an assessee is thus entitled to claim set off of the loss suffered by it in the said transactions in derivatives against its business income. The Court added that the explanatory notes on the provisions of the Finance Act, 2005, clearly indicate that an eligible transaction in respect of trading in derivatives of securities, carried out on a recognized stock exchange, shall not be deemed as a speculative transaction.

Applicability of GST On Royalty On Mining: Allahabad High Court Directs Assessee To Reply To SCN

The Allahabad High Court bench of Justice Devendra Kumar Upadhyaya and Justice Brij Raj Singh, while dealing with the issue of the applicability of GST on royalties on mining, has directed the assessee to reply to the show cause notice issued by the department.

The Calcutta High Court bench of Justice Md. Nizamuddin has ruled that the reassessment order passed without issuance of notice under Section 148 of the Income Tax Act is not valid.

The Calcutta High Court bench of Justice Md. Nizamuddin has directed the assessing officer to do a new assessment proceedings as taxpayers could not furnish answers to the notice due to the technical glitches in the income tax portal.

Commission Paid To Persons Who Are Not Beneficial To Business Of Assessee Is Taxable : Orissa High Court

The Orissa High Court has dismissed a challenge against an order of the Income Tax Appellate Tribunal, Cuttack (ITAT) which disallowed commission expenses as claimed by the appellant. It held that the appellant was not able to prove the expertise of persons to help him in business to whom the said commission was paid.

A Division Bench of Chief Justice Dr. S. Muralidhar and Justice Radha Krishna Pattanaik observed, "Nevertheless, claiming that each of the seven persons to whom commission was paid actually had the expertise to help the Appellant procuring the IOF from different sources appears to be stretching things a bit too far."

SCN Issued By DRI Was Without Authority of Law: Chhattisgarh HC Stays Proceedings

The Chhattisgarh High Court bench of Justice Parth Prateem Sahu has quashed the show cause notice which was issued by the DRI and stayed the proceedings.

The Telangana High Court held that the CIT (A) is a quasi judicial authority and is not bound by the administrative circulars issued by the Central Board of Direct Taxes (CBDT).

The division bench of Justice Ujjal Bhuyan and Justice Surepalli Nanda has remanded the matter back to the CIT (A) for a fresh decision on the prayer for stay of the petitioner in accordance with law after complying with the principles of natural justice.

The Madhya Pradesh High Court bench of Justice Sheel Nagu and Justice Maninder S. Bhatti has upheld the cancellation of GST registration as there was a delay of 18 months in filing the appeal without reasonable justification.

Clarificatory Circular Operates Retrospectively And Does Not Bring Anything New: Gauhati High Court

Case Title: Sanjib Das versus Union of India and Ors.

The Gauhati High Court has reiterated that a circular issued by the Central Board of Indirect Taxes and Customs (CBIC) which only clarifies the CBIC's original instructions and does not bring anything new is clarificatory in nature and operates retrospectively.

The Kolkata Bench of Customs, Excise and Service Tax Appellate Tribunal (CESTAT) has ruled that compensation received under a statute for cancellation of coal blocks/mines vide an order of the Supreme Court, cannot be considered as a taxable service of tolerating a situation and is thus not exigible to Service Tax.

The Delhi Bench of the Customs, Excise and Service Tax Appellate Tribunal (CESTAT) has held that galvanised solar structures manufactured and cleared for the initial setting up of solar power plants are exempted from excise duty.

The Delhi Bench of Custom, Excise & Service Tax Appellate Tribunal (CESTAT) has ruled that no service tax is payable on the service charges collected by the Rajasthan Cooperative Dairy Federation from the milk unions or district cooperative societies for the services rendered to them.

No Further Verification Required If Cash Deposit Is Up To Rs 2.5 Lakhs During The Demonetization: ITAT Delhi

The Delhi Bench of ITAT, consisting of judicial member Chandra Mohan Garg, has held that no further verification is required in the case of an individual earning income from salary, who has deposited an amount of up to Rs 2,50,000 during the demonetization period.

Husband Entitled Capital Gain Exemption For Asset Bought In The Name Of The Wife: ITAT

The Jaipur Bench of the Income Tax Appellate Tribunal (ITAT) consisting of Dr. S. Seethalashmi (Judicial Member) and Rathod Kamlesh Jayantbhai (Accountant Member) held that the husband was entitled to a capital gain exemption for assets bought in the name of the wife.