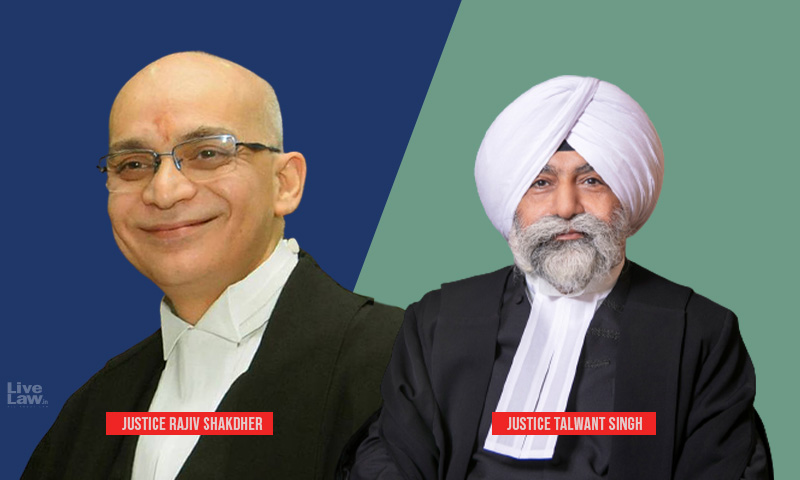 The Delhi High Court bench of Justice Rajiv Shakdher and Justice Talwant Singh has quashed the assessment order as an opportunity of personal hearing was not granted to the taxpayer.

Ultimately, a show cause notice-cum-draft assessment order was served on the petitioner, which gave a very narrow window for responding to the same. The petitioner was called upon to respond to the same by 23:59 hours, ending on February 4, 2021.

The increase in the petitioner's income was proposed on account of interest received by him from the Land Acquisition Collector (LAC) on enhanced compensation for the acquisition of his land. The petitioner filed a response with the AO on March 25, 2021.

The record shows that, thereafter, another notice was issued by the AO on 09.04.2021, under Section 142(1) of the Act. Via this notice, the AO raised several queries with respect to the addition that he proposed to make, bearing in mind the defence that had been articulated by the petitioner in reply to the show cause notice-cum-draft assessment order.

The petitioner responded to the notice dated September 9, 2021. While furnishing the necessary information, the petitioner also sought an opportunity to be heard in-person.

The AO passed the assessment order without granting an opportunity to the petitioner to have a personal hearing in the matter.

The court quashed the assessment order dated 07.06.2021, as well as consequential notices, i.e., the notice of demand issued under Section 156 of the Act, and the notice issued for initiation of penalty proceedings under Section 270A of the Income Tax Act.