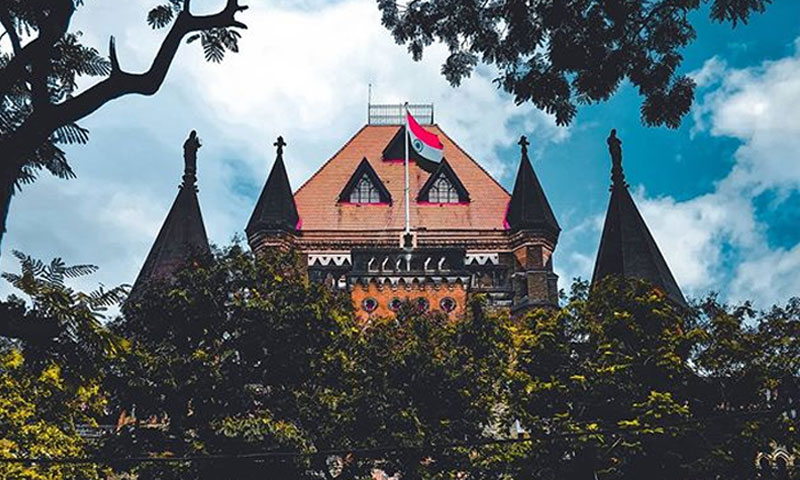 The Bombay High Court on Wednesday dismissed a writ petition filed by a 23-year-old student belonging to the reserved category who was held ineligible for admission in the Masters course in Human Resource Development at Jamnalal Bajaj Institute of Management despite securing admission, as she did not qualify the criteria of securing 55% in 12th standard.Division bench of Chief Justice...

The Bombay High Court on Wednesday dismissed a writ petition filed by a 23-year-old student belonging to the reserved category who was held ineligible for admission in the Masters course in Human Resource Development at Jamnalal Bajaj Institute of Management despite securing admission, as she did not qualify the criteria of securing 55% in 12th standard.

Division bench of Chief Justice Dipankar Datta and Justice GS Kulkarni held that the principles of law laid down by the Supreme Court in the case of District Collector and Chairman vs. M. Tripura Sundari Devi is applicable to the present case and dismissed the petition.

After securing admission in the respondent-institute for pursuing Masters course in Human Resource Development and paying fees in excess of Rs.3 lakh sometime in October, 2020, the petitioner was informed by the institute through email dated November 5, 2020 of her ineligibility to take admission. The reason assigned was that she had not secured 55% marks at the Higher Secondary level examination. She was, accordingly, requested to mail her account details for refund of the fees collected. This communication has been challenged by the petitioner.

According to the petitioner, she did not misrepresent any facts nor could she be accused of practicing fraud. Having successfully crossed the various hurdles on the way for securing admission, the institute granted the petitioner admission only at a later stage to deprive her of the fruits of her labour on the ground that she had not secured 55% at the Higher Secondary level examination, the plea states.

Appearing on behalf of the petitioner student, Advocate Dhruti Kapadia contended that she is the only one who qualified for and was granted admission in the reserved seat. While referring to the decision of the Delhi High Court in the case of Javed Akhtar vs. Jamia Hamdard, she submitted that the decision of the institute to revoke the petitioner's admission at this stage would work out serious prejudice in her academic pursuit and there being absolutely no fault on her part, the impugned communication ought to be quashed with further direction on the institute to permit her pursue the course without interruption.

"We find no reason to call upon the respondents to answer. Law is well settled by the Supreme Court in the case of District Collector and Chairman vs. M. Tripura Sundari Devi, that when an advertisement mentions a particular qualification and an appointment is made in disregard of the same, it is not a matter only between the appointing authority and the appointee concerned; the aggrieved are all those who had similar or even better qualifications than the appointee or appointees but who had not applied for the post because they did not possess the qualifications mentioned in the advertisement. It amounts to a fraud on the public to appoint persons with inferior qualifications in such circumstances, unless it is clearly stated in the advertisement that the qualifications are relaxable. No Court should be a party to the perpetuation of the fraudulent practice."

The bench pointed out that in the present case, not appointment but the question of admission to a course is involved. Court said that the principles laid down by the Supreme Court in Tripura Sundari Devi (supra) are clearly applicable in the present case. The bench observed-

"Despite being well aware of the marks obtained by her at the Higher Secondary level examination, i.e., 51%, the petitioner took a chance of admission. Fortune smiled on her, because the institute at the initial stage did not exercise diligence by scrutinizing the papers and allowed the petitioner not only to participate in the various stages prior to admission but also allowed her admission in the course and received the fees therefor.

Thereafter, on deeper scrutiny, the institute ultimately came to the finding that the petitioner did not possess the required percentage of marks at the Higher Secondary level examination leading to issuance of the communication."

Thus, the Court said that having regard to the guidance provided by the Supreme Court in Tripura Sundari Devi (supra), it cannot be a party to the fraudulent practice and allow the petitioner to continue with her studies in the course. Thus, dismissing the petition, the bench noted-

"One does not know for sure, there could have been other reserved category candidates who might have secured more marks than the petitioner but less than the required marks and thus refrained from applying for admission, adhering to the terms of the notice issued by the institute. Any order directing the institute to allow the petitioner to pursue the course would amount to injustice being meted out to all such candidates."