In Case Depending Largely Upon Circumstantial Evidence, There Is Always Danger That Conjecture May Take Place Of Legal Proof: Uttarakhand High Court 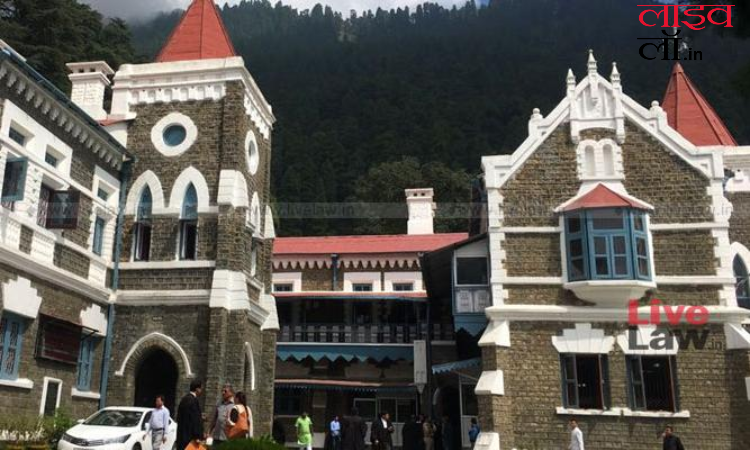 The Uttarakhand High Court has recently held that in a case depending largely upon circumstantial evidence, there is always a danger that conjecture or suspicion may take the place of legal proof. A Division Bench of Acting Chief Justice Sanjaya Kumar Mishra and Justice Ramesh Chandra Khulbe noted that,

"The law is well settled that each and every incriminating circumstance must be clearly established by reliable and clinching evidence and the circumstances so proved must form a chain of events from which the only irresistible conclusion about the guilt of the accused can be safely drawn and no other hypothesis against the guilt is possible."

A written report was given with the averments that her father, a resident of the IIT Roorkee campus, had been killed by slitting his throat. Based on the report, a case was registered against unknown persons. The matter was investigated, and a charge sheet was submitted against the appellant.

After complying with Section 207 CrPC, the case was committed to the Court of Sessions. The sessions judge framed charges under Section 302 of the Indian Penal Code.

The Court emphasized that the appellant was arrested in the prosecution's case, and he disclosed before the police that he had committed the crime. He got the murder weapon, and two mobile phones of the deceased were recovered. However, as per Section 26 of the Evidence Act, there is no statement of the appellant recorded by the Investigating Officer. As no disclosure statement under Section 26 was recorded, the Court noted that the recovery becomes doubtful under Section 27 of the Indian Evidence Act. As per Section 8 of the Evidence Act, such evidence is only to be relied on if such conduct influences or is influenced by any fact in an issue or relevant fact. However, the Court noted that there is no evidence to show that the bloodstains on the knife or the mobile phones were related to the deceased.

The Court relied on the case of Padam Singh v. State of Uttar Pradesh, where it was held that the presumption of innocence with which the accused starts continues right through until he is held guilty by the final Court of Appeal and that presumption is neither strengthened by an acquittal nor weakened by a conviction in the trial court.

It also referred to the case of Sharad Birdhichand Sarda v. State of Maharashtra, where the Supreme Court laid down five golden principles of appreciation of evidence in a case based only on circumstantial evidence. They are:

b. the facts so established should be consistent only with the hypothesis of the guilt of the accused; that is to say, they should not be explainable on any other hypothesis except that the accused is guilty;

c. the circumstances should be conclusive and tendency;

d. they should exclude every possible hypothesis except the one to be proved; and

e. there must be a chain of evidence so complete as not to leave any reasonable ground for the conclusion consistent with the accused's innocence and must show that in all human probability, the act must have been done by the accused.

Quashing the conviction, they noted that in the case based upon circumstantial evidence, if the chain of circumstances required by the prosecution is not established, the accused cannot be convicted in such a situation. The settled principles of the law suggest that in such a situation, the prosecution must place and prove all the necessary circumstances, which would constitute a complete chain without a snap and point to the hypothesis that except the accused, no one had committed the offence.